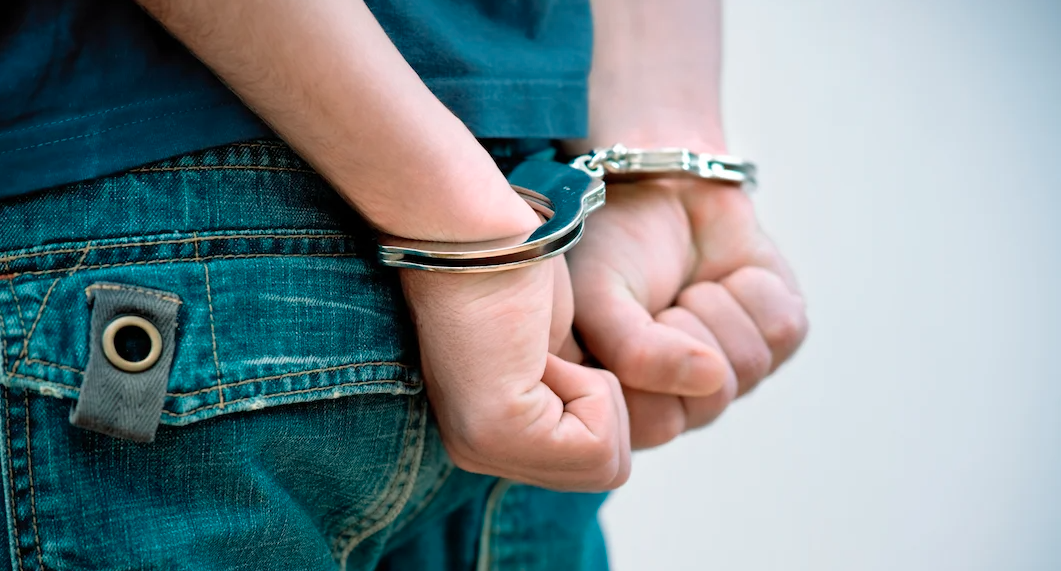 At a parade in Switzerland, fake money was thrown around for children to collect.

The obviously fake cash is called “spirit money.” Featuring Chinese symbols, it is meant as an offering to the dead so they can prosper in the afterlife.

An eight year old Swiss boy later asked a shop clerk if he could use the play money to buy candy. To be clear, the kid did not try to trick the shopkeeper, or pass off the money as real.

A normal person would laugh, and politely explain that only central banks are allowed to use fake money.

Instead, this shopkeeper opted to call the police.

Again, a reasonable officer could have stopped it all there.

Instead, the boy and his ten year old brother were taken to the police station. Police took their mugshots, but did not charge them with a crime.

Police did however search the family’s home, where police found some other play money.

These cops essentially confiscated Monopoly money, as if they were busting a counterfeiting operation.

Police called over BB-gun in background during virtual class

Due to Covid-19 lockdowns, plenty of schools have been holding virtual video classes.

In one class, someone on the call took a picture of an 11 year old boy’s screen. It showed him in his bedroom with a BB gun in the background.

This anonymous snitch told the Principal, who compared this to bringing a weapon to school.

Yeah that makes sense– because a Boy Scout with a BB gun in his room is totally the same thing as a school shooter.

Then the school administration became involved, and alerted the police department.

Police went to the family’s home to search for an unsecured weapon.

If there is any silver lining to this story it’s that police concluded no laws had been broken, and left.

Just a reminder to be wary who you might be inviting into your child’s bedroom.

And if you’re already a member of our premium service Sovereign Man: Confidential, this might be a good time to check out our recent alert about homeschooling.

Hertz admits its stock is worthless, as it planned to sell half a billion dollars of new shares

The rental car company Hertz is going through bankruptcy.

But Hertz announced Monday in an SEC filing that the company would sell an additional $500 million worth of new shares. And the bankruptcy judge in the case approved!

Hertz then openly admitted that the stock would almost certainly soon be worthless. That’s because as Hertz goes through bankruptcy, senior debt holders will be paid back before the common stockholders.

But that hasn’t stopped people from buying the worthless stock, apparently hoping to “buy the dip”.

But after the plan received a little too much attention– and questions from the SEC– Hertz decided to drop the plan.

In the past 30 days, the United States national debt has increased by nearly $1 trillion– screaming past $26.2 trillion total, or 128% of GDP.

That means the US government is borrowing over $23 million per MINUTE.

But that’s just the last 30 days. The US government has gone nearly $3 trillion further into debt since March 1.

Now the “Save our Country Coalition” has penned a letter to Congress stating that the federal budget is dangerously close to $10 trillion this fiscal year.

On an inflation adjusted basis, that means the government will spend more fighting Covid than it spent fighting every single 20th century war– plus the 21st century Wars in Iraq and Afghanistan– COMBINED.

The cost of World War I, World War II, The Korean War, The Vietnam War, The Gulf War, The Iraq War, and the War in Afghanistan combined, does not add up to this fiscal year’s budget.