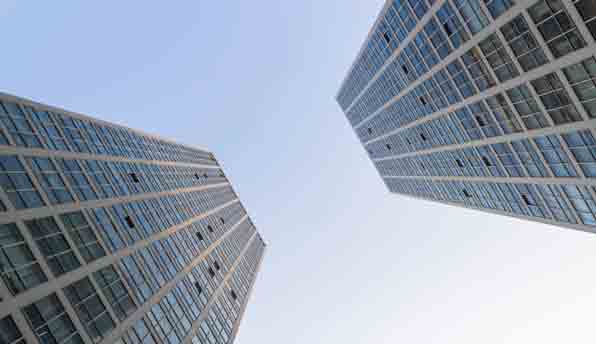 China's terrifying debt ratios poised to breeze past US levels … The China-US sorpasso is looming … The sorpasso may instead be the ominous moment when China's debt ratios overtake the arch-debtor itself … A a new report from Stephen Green at Standard Chartered argues that China's aggregate debt level has reached 251 per cent of GDP, as of June. – UK Telegraph

Dominant Social Theme: China is doing just fine, thanks. It's the engine of the world.

Free-Market Analysis: This UK Telegraph article, predictably by Ambrose Evans-Pritchard, gives us some more insight into how China's impossible boom has been created, leveraged and elongated, possibly to the breaking point.

It's not a pretty picture. Years ago, we began to write that China was seeing classic bubble symptoms. At the time, we wondered how long they might continue and how expansive they might get. Our hunch was that China's Keynesian-style banking expansion might last a very long time relatively speaking because of the size of the Chinese market and population.

This seems to be the case. China's "boom" has been going on since the 1980s, apparently with nary a hiccup until a few years ago when the worldwide crash caused Chinese officials to rev up printing presses to ensure a continually stimulated economy.

This brings us to an interesting point that we hadn't fully considered: China's boom is to a large extent self-funded. The US can fund its enormous deficit because the dollar is the world's reserve currency. Countries around the world hold dollars.

But China's huge size and population and initial backwardness has allowed Chinese banking officials to treat China as a kind of miniature global system. The yuan many not be the world's reserve currency but it's China's, and that's been enough. Also, as the article points out (below), China's size and economic breadth has allowed it to attract substantial funds without difficulty beyond its own self-funding regime.

All this may be coming to an end, as the Telegraph article implies. Here's more:

The debt level] is up 20 percentage points of GDP since late 2013. The total is much higher than normal estimates, though it tallies with what I have heard privately from officials at the IMF and the BIS. Mr Green – a highly-respected China veteran – includes total social financing (TSF), offshore cross-border bank borrowing (a story that we are going to hear a lot about), bond issuance, shadow banking of various kinds, and government debt.

The ratio has risen by 100 percentage points of GDP over the last five years. As Fitch has argued out in the past, this is more than double the rise seen in Japan over the five years before the Nikkei bubble burst in 1990, or in the US before subprime blew up in 2007, or in Korea before the Asian financial crisis. It is the speed of the rise that worries credit rating agencies and regulators – including many at the Chinese central bank – as much as the volume itself. Though China is scary on both fronts.

It has pushed debt to $26 trillion, more than the entire commercial banking systems of the US and Japan combined. The scale obviously has global ramifications. The FT's Jamil Anderlini points out here that the figure is very high for an emerging economy. Mature economies can handle a higher debt ratio for all kinds of reasons, not least because they have large assets to offset their liabilities.

… This does not mean that China is about to crash. It has a state-controlled banking system. Therefore any bust scenario will play out in a different way, probably through much lower growth and two decades of Japanese-style extend and pretend … We can inflate some of it away, or we can deflate into defaults and creditor haircuts. Pick your poison.

This last point is important; it's one we have been making for a long time. The Chinese situation, as we have discussed, is roughly analogous to what happened in Japan. It seems fairly clear that in both cases the West, and particularly the US, made financial arrangements at the highest levels with the two countries.

The arrangements were much the same. The US in particular urged first the Japanese central bank and then the Chinese central bank to print additional currency that was used in one way or another to purchase US debt. The currency was then redistributed in the US and recycled as consumer spending. The spending went back to first Japan and then China, thus fueling two "Asian miracles."

Japan was the first to succumb, but China will end up in the same situation sooner or later. We've suggested that the next region to be involved in this sort of monetary strategy will be Africa, though admittedly Africa is not a single state, which militates against this type of arrangement. If Africa does become involved in this game of international currency "musical chairs," the result will be just as bad.

This article provides us with further insights into the precipice on which China is now perched. We've usually commented on the eventual immanence of yuan price inflation; in fact, price inflation is already significant in Japan. But Evans-Pritchard does a good job of pointing out the dangers of China's increasingly perilous debt pyramid.

The end-result of too much debt and increasing price-inflation could be a societal destabilization, one that could reshape both the Chinese economic and political system.

Over in Japan, the government has reignited a Keynesian-style monetary stimulus to try to shake Japan out of its economic doldrums. While this effort has ignited the Japanese stock market, we've speculated that it will not have a significant effect on Japan's industrial scenario, which is not much rosier than the West's.

The world's dollar reserve system virtually collapsed in 2008, and central banks around the world have been engaged in a coordinated, stubborn retreat ever since. The end result will not be pretty. There will be no real recovery in the West, from our point of view, and Asia will suffer from a similar fate.

What WILL expand in both the West and Asia are stock market averages. This is the inevitable outcome of the kind of Keynesian stimulation that both West and East have embarked upon.

And this plays into another observable dominant social theme that we regularly mention: The Wall Street Party. It's not merely a Western phenomenon, nor will the eventual crash be confined to the West.

The addition of significant and continued Asian money printing will help boost stock market averages even further into the stratosphere. There will be plenty of buying opportunities – and fortunes will be made.

But eventually, a collapse will occur. The Telegraph article points out one potential trigger, or at least a further mechanism of destabilization. Ultimately, it probably won't matter which symptom presents itself first. The disease is well underway and we ought to remember it is a pan-global phenomenon.

The end result will no doubt be chaotic and ruinous. We will see then if those who have organized this deliberate, rolling insolvency shall have the wherewithal and credibility to create a kind of global Bretton Woods system that will reconfigure what is yet available.

The goal is monetary globalism. As believers in the Internet Reformation, we're not betting on it any time soon. Yes, a collapse will come, but what comes next is not so clear.