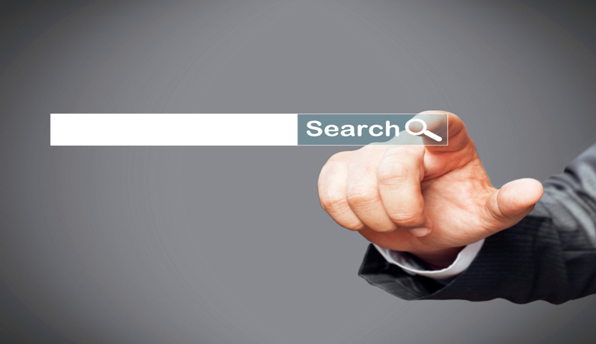 STAFF NEWS & ANALYSIS
Answer to the 'Right to Be Remembered' Is Natural Law
By Staff News & Analysis - July 18, 2014

The truth is, you've never had the 'right to be forgotten' … A recent ruling by Europe's top court has given its people a "right to be forgotten." Google and other search engines must now delete "inadequate, irrelevant, or no longer relevant, or excessive" information from search queries when a European individual requests it, even when the info is true. – Reuters

Dominant Social Theme: Do something wrong and it will stay with you forever.

Free-Market Analysis: There are two ways to confront this wrongheaded Reuters editorial. One way is by pointing out that aggregators like Google (and others) are protected by various legislative and court rulings that allow them to post the most salacious and destructive information without consequence. The content is not their responsibility, we are told.

The second is to point out that this entire controversy is basically driven by wealth. The wealthiest among us have the wherewithal to squelch even the most embarrassing information. The poorer and less consequential have little or no recourse.

Of course, these privacy issues are being determined by "law." But as we have long pointed out, public – government – justice is hardly justice at all. It's rife with inconsistencies and abuses and throughout the world is more and more a weapon of the ruling class rather than a system for redress.

How did a right to be forgotten become enshrined, even in a place as retrograde as Europe? If you've lived in a village or even a small town, you probably learned the hard way that privacy has never existed in the original state of nature.

Everybody in a small town knows that you drink, how much you drink, and what brand, thanks to that rumor-mongering liquor-store clerk. They know where you sleep at night, who you sleep with, and whether your nights are restful or rambunctious because the local pharmacy tech gossips about your Ambien and Viagra prescriptions.

… Traditionally, the best way to escape small-town nosiness was to light out for the nearest city, where personal information couldn't be collected so cheaply and couldn't be shared as efficiently. It also helped, of course, that the city's million other inhabitants care not at all about you, and your neighbors barely know you exist.

… In the early 1970s, LexisNexis arrived to digitize news and court cases, driving down the cost of information retrieval and encouraging newspapers and other information sources to add their troves to the pile, which it resold at high prices. Not long after, credit bureaus commenced swallowing financial data about the public by the terabyte and regurgitating it for clients.

The commercial Web, which arrived in the mid-1990s, drove the cost-curve of information retrieval down and also democratized it to the point that you can download human backstories by the millions — many of them revealing — after keystroking a few search terms into Google.

The "right to be forgotten" movement is based on several mistaken assumptions, besides the notion that such a right ever existed. The forgotteneers seem think that your reputation is something that belongs to you. In fact, your reputation is the shifting composite of what other people think of you …

Instead of looking at the right to be forgotten as information obliteration, think of it as an exercise in digital information regulation. It's mostly a feel-good exercise for those who feel victimized by their revealing or sordid pasts, and a make-work project for the curious. The European court decision — so far, at least — has merely dialed back into an earlier decade the costs of researching the personal histories of those who successfully protested. The information still exists, it's just more costly to salvage.

According to legal scholar Jeffrey Rosen, we shouldn't get over-excited about European legal decisions. "Europeans have a long tradition of declaring abstract privacy rights in theory that they fail to enforce in practice," he wrote in 2012, and the likelihood that such measures could be adopted in the United States are slim to none. That said, the right to free speech isn't much of a right if it doesn't also include a right to access publicly available information without having to pay a legal toll. The right of others to remember, not the right to be forgotten, should be the standard, even in Europe.

This is simply not true: There is no "right to be remembered," anymore than there is a right to be forgotten.

As we pointed out above, there are two determinant factors in this debate. The first is the kind of "justice" that is available and the second is wealth.

When it comes to justice, the current public system does not serve anyone very well. In the US, the system has morphed into a kind of penal slavery; in Europe, with the Napoleonic code, people are actually considered guilty until proven innocent, once the state accuses them.

In olden times – and throughout most of history – the right of redress was personal. One who was aggrieved could confront his tormentor directly, through third parties or through family and tribal ties. But the action could be taken by the individual.

When Google or some other facility posts untrue or scurrilous statements, there is no confrontation that can take place because the government has disallowed it.

And this brings us to the second point, which is that modern regulatory democracies are controlled by the wealthiest among us. There is a kind of justice – if one wants to call it that – that sometimes takes place. But mostly justice is reserved for the wealthy, and those shadowy forces that control governments can apparently perform a variety of crimes up to and including murder without penalty.

The Internet in its current incarnation is merely another methodology of intimidation when it comes to the non-existent "right to be forgotten." In past times, this "right" was part of natural law. Now it must be asserted by courts, such as the one that acted in Europe.

But this will not be true forever. The meme of public justice is surely being undermined in this Internet Era. Eventually, we speculate, the pendulum will begin to swing back toward individual liberty and private redress. It will not be an easy transition, but it is certainly a desirable one.