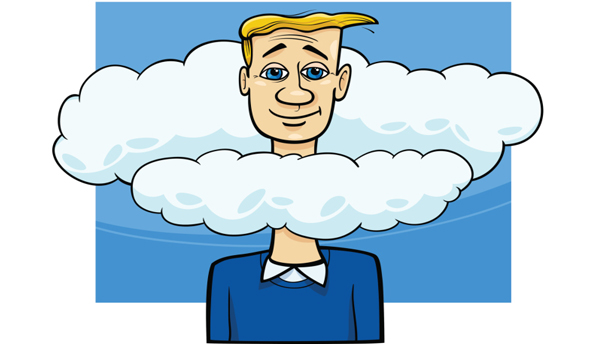 STAFF NEWS & ANALYSIS
Apocalypse Later: The BOE is Surely Not so Oblivious as It Appears
By Staff News & Analysis - May 15, 2014

Bank of England in no rush to raise interest rates Bank Governor Mark Carney says there is enough spare capacity in the economy for interest rates to stay low, but adds that the time for rate rises is edging closer … Interest rates will remain on hold this year, the Bank of England has signalled, but households must be prepared for a gradual increase in borrowing costs amid a backdrop of "robust" growth and rapidly falling unemployment. When should the Bank begin raising interest rates? – UK Telegraph

Dominant Social Theme: There are good reasons not to raise interest rates … honestly.

Free-Market Analysis: There is probably nothing more destructive to Western economies than interest rates that are held down for too long. That's what is going on currently and it will surely end horribly.

In between, the Wall Street Party we've predicted will probably move forward unabated for at least a while longer. Too-low interest rates are predictable, forcing up all sorts of investment valuations until the market simply can't stand it anymore … and crashes. But that time is not now, not yet … and Carney's reassertion above is further fodder for this trend.

He and Janet Yellen are playing a dangerous game with the media and markets. They caution tightening on the one hand, but reaffirm easy credit on the other.

And Carney is at it again:

Britain will expand at the fastest pace since before the financial crisis this year, the Bank's forecasts showed. Governor Mark Carney said growth would become broader-based and more sustainable, moving "from a recovery supported by household spending to an expansion sustained by business investment".

"The economy has started to head back towards normal," he said. Mr Carney effectively quashed speculation that rates could rise before the end of this year, and stressed that interest rates would remain at their record low of 0.5pc for "some time" while the recovery became more entrenched. But he said the point at which the Bank would have to raise rates was getting nearer.

… The Bank expects the UK economy to expand by 2.9pc in 2015, up from a previous forecast of 2.7pc. The unemployment rate, which fell to 6.8pc in the first quarter from 7.2pc in the final three months of 2013, is expected to drop to 5.9pc by the beginning of 2017, down from a previous forecast of 6.3pc, while inflation is expected to remain close to the Bank's 2pc target over the period.

"The [Bank] judged that there was scope to make further inroads into slack before an increase in Bank rate was necessary," it said. Mr Carney compared securing the recovery with England's progress in the World Cup. "[Qualifying] is an achievement, but not the ultimate goal," he said. "The real tournament is just beginning and its prize is a strong, sustained and balanced expansion."

… Mr Carney also said that rate hikes would not be used to cool the housing market, and described monetary policy as "the last line of defence" against financial stability risks. He said while the Bank's Financial Policy Committee (FPC) – which is in charge of maintaining financial stability – had a broad range of tools that it could use to cool the market in a "graduated and proportionate" way, he said the Bank could not "perform miracles", nor build the houses Britain needed to address the country's chronic housing shortage.

However, economists said monetary policy was inextricably linked to financial stability. "Lower inflation appears to be buying the Bank time before a rate rise is needed, but there may be grounds to be more concerned given that we are seeing notable gains in asset prices," said George Buckley, chief UK economist at Deutsche Bank.

"The Bank argues that asset price bubbles – such as that in London property, which may in turn spread out to the rest of the country – needs to be dealt with by the FPC … But bubbles are rarely isolated – they are often generated by prolonged periods of loose economic policy, and have potentially sizable knock-on effects.

There is so much wrong with this analysis it is difficult to know where to start. The comparison of an economy to a sporting event is not accurate. An event like the World Cup begins and ends but an economy is cyclical, each central banking manipulation laying the groundwork for a further distortion.

Then there is Carney's assertion that he will not target Britain's expanding real-estate bubble because that is not the central bank's proper job. But the bubble is a direct result of Carney's low-rate policies and chances are it will continue and get worse and worse until it contributes to a general, and critical, instability.

Despite his reluctance to target the growing asset bubble, Carney believes that central banking can control the economy generally and contain any damages by "controlling risks."

In fact, central banks have a lousy record of controlling "risk." Central banks are not really built for such a purpose. The modern elites that control such banks want them to print money – to expand the money supply in such a way that a contraction is inevitable. It is during contractions that internationalism itself sees its larger expansions.

In the current era, Western central banks are embarked on an endless stimulus that may drive the Dow all the way to 20,000 before the inevitable crash takes place. Fortunes will be made in the meantime and many will predict the demise of the current Dollar Bull because it fundamentally makes no sense.

But there are so many forces at work pushing equity markets especially ever higher. Regulations, money printing and extraordinarily low rates constitute a juggernaut that expands asset valuations. The aftermath will be extensive price inflation but that doesn't matter at the moment.

What does matter is that justifications are provided to drive markets ever higher prior to an inevitable crash that may well help create a global monetary system and global basket of currencies – Keynes's famous bancor.

Carney is a good salesman for this program, as is Janet Yellen in the US, in her own way. They are both handpicked "doves" … fueling an enormous bubble that they know, along with everyone else at that level, can only end in disaster. When it comes, they will surely feign ignorance.

Investors, especially those who come here, owe it to themselves and their loved ones to surmount such faux ignorance. The stakes are high and getting higher.