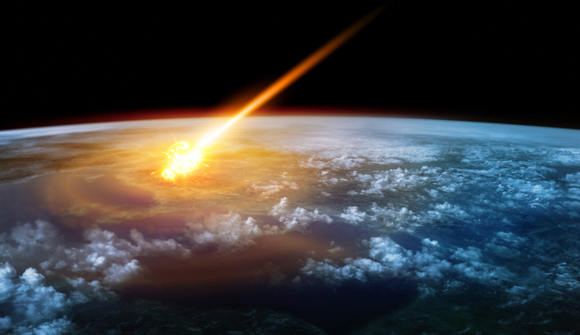 We are becoming used to doing more of our banking online or on mobiles – in fact it has probably been some time since many of us actually set foot in a high street bank branch. This might lead you to conclude that the internet has shaken up or disrupted the banking sector.

But actually banking hasn't even begun to be disrupted in the same way that the likes of Expedia, Betfair and Amazon have transformed the face of high street travel, betting and book-selling respectively.

That is changing with the growth of peer-to-peer or market-place lending platforms which connect borrowers and savers.

The combination of these disruptive waves should have banks worried and I believe they are. – The Telegraph, Aug. 22, 2015

In a world where economic dinosaurs quickly go extinct, traditional banking is one of the prime survivors. Abundant capital and friendly capital have let it adapt to every challenge.

When banks lost commercial lending business to asset backed securitization in the 1980s, U.S. bankers convinced politicians to knock down the Glass-Steagall wall so they could enter the trading arena. When their risky trades blew up in 2008, the Federal Reserve came to their rescue with unlimited free capital. Instead of shrinking, banks grew bigger and bolder.

Now the behemoth banks face a new existential threat. "Peer-to-peer" online lending platforms are still only a tiny fly buzzing around the banking brontosaurus, but disintermediation always begins small. Today's economy ruthlessly destroys any intermediary who doesn't add significant value – and the core of banking is to connect lenders and borrowers.

Now that the Internet connects everyone to everyone else, those who wish to borrow and those who wish to lend no longer need banks in the middle. Peer-to-peer lending platforms make introductions and process the necessary contracts far more efficiently than banks.

This revolution, if nothing stops it, could bring massive economic change. Peer-to-peer loans are unleveraged. They don't create liquidity from thin air like fractional reserve banking. A world of unleveraged lending would be a world without credit-driven booms and busts.

Combine peer-to-peer lending with bitcoin's blockchain to store value and facilitate transactions, and we may be within striking distance of a true economic revolution. Banks will not like it, either.

Bankers see the threat. JPMorgan Chase CEO Jamie Dimon warned earlier this year, "There are hundreds of startups with a lot of brains and money working on various alternatives to traditional banking. They are very good at reducing the 'pain points' in that they can make loans in minutes, which might take banks weeks. We are going to work hard to make our services as seamless and competitive as theirs."

This is a remarkable admission by Dimon. He knows his species of banker is inferior. He thinks hard work will let JPMorgan Chase stay competitive. We should wish him well, but the traits he needs to survive are not in his bank's DNA.

This being the case, the only way traditional banks can survive is with political protection, and that can't last forever. Consumers will ultimately decide.

Maybe, as a last gasp, the government can establish a financial endangered species refuge. Think of it as Yellowstone for bankers. They can graze there peacefully and remind us of a world gone by.