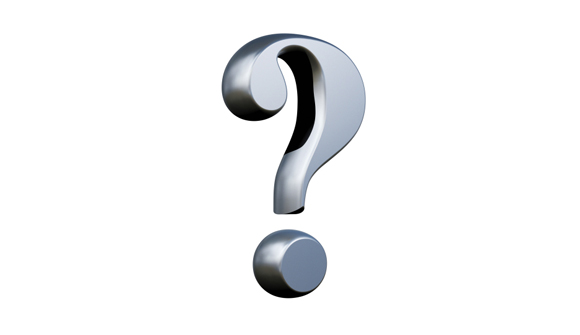 What a Central Bank Can, and Can't, Do About Government Debt … In the 1920s, Britain embarked on a determined drive to work off the debt accumulated during the First World War through a program of severe austerity. As the International Monetary Fund pointed out in a 2012 report, Britain failed; by the early 1930s, its debt was higher as a share of GDP than it was at the start of the 1920s. – Wall Street Journal

Free-Market Analysis: Here is yet another article arguing that making money worth less increases prosperity. Black is white, up is down, etc.

We truly live in an age where most of the world's received wisdom is at least questionable. And it is not hard to tell why. There are considerable business interests aligned with certain perspectives.

These perspectives may not be accurate – global warming comes to mind – but they are insisted upon by mavens of media and culture. They are promotions – but they are wrapped in the clinical garb of pseudo-scientific observation.

Economics may or may not be a science but those involved with positioning its verities like to treat it as such. This is yet another article that acquires a tremendously confident tone to provide us with questionable conclusions.

… The European Central Bank's actions are helping the euro zone's peripheral economies manage their debt burdens … through two channels. The first is the interest rate paid on the debt. If that interest rate is higher than the growth rate, then the debt to GDP ratio automatically rises, unless there's a surplus in the budget excluding interest. The second is through the inflation rate. A lower inflation rate, all else being equal, reduces nominal GDP growth and pushes up the debt to GDP ratio.

The ECB, through its various bond buying programs (soon to include quantitative easing) and zero interest rates, has brought borrowing costs down dramatically for peripheral economies. Of course, one of the reasons the ECB is acting is that inflation has also fallen well below its near-2% target. Nonetheless, for the peripheral economies, excluding Greece, interest rates are now below or close to the nominal growth rates projected for this year.

German critics see the ECB's actions as taking the pressure off governments to enact the reforms necessary to bring down debts and bolster growth. It's a legitimate concern. Greek interest rates plunged when Greece entered the euro, allowing it to ignore the awful state of its underlying finances. Several times in the last few years, the ECB's rescue operations have taken the pressure off the region's leaders to mend both Europe's institutions and their economies.

The article goes on to justify the lower rates by claiming that the "ECB's actions merely ensure the peripheral economies get the benefits of low interest rates." Those benefits, the article claims, would bring these economies in line with borrowing costs equivalent to what they might get were they not nearly insolvent.

But borrowing costs are one thing while paying down long term debt and boosting growth are entirely different issues. Nonetheless, cheap money always helps. The idea is to give governments "breathing room" to come up with their own longer-term fixes.

It sounds good; and yet government debt is not nearly so clinical as this article would have us believe. Of course, Alexander Hamilton held that government debt was a blessing. But this past century shows us otherwise.

As the process of monetizing debt has grown more efficient – as governments have grown more powerful and authoritarian – the costs have mounted on the socio-economic side of the ledger. It is true that central banks have enormous powers and an ever-increasing array of intrusive monetary tools. But that does not make economic interference any more palatable.

The proof resides in the longer-term picture: Over the past 80 years or so, Western economies have been struck by tremendous downturns. Asset bubbles collapse, leaving tens of millions with far less wealth than before – and many near destitute.

We don't learn in this analytical article about the reality of the central bank induced business cycle. Instead, we get a fairly dry analysis featuring how central banks can help struggling countries recuperate. But government borrowing is an endless cycle and sooner or later, even if governments recover, they will eventually drift back into bad habits.

Moreover – and more importantly – the mainstream media will never make the most important correlation, which is between government borrowing and destructive business cycles. After all, it is not JUST the monopoly central bank that causes monetary overprinting – it is the government spending recklessly and asking the central bank to print more to fund its "needs."

The real issue here – as always – is money printing itself. We are told that bond buying and zero interest rates have a positive effect on the finances of struggling countries. But this is a near-sighted way of looking at it. Whenever the marketplace is interfered with, there are unintended and usually destructive consequences.

This article tries to show the benefits of monetary manipulation. But take the longer view and we can surely conclude that there ARE little if any "benefits." Each manipulation ineluctably sets up a countervailing trend. Eventually, too many manipulations unbalance the market. And then crashes happen and insolvency rises once more.

Really, there are no benefits to central banking, not for society anyway, not economically.