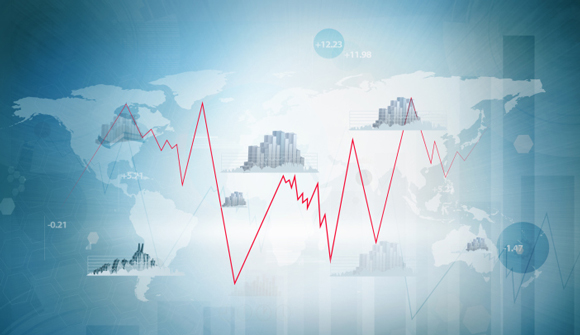 Dominant Social Theme: The market is in a good place.

Free-Market Analysis: Commentators often attribute human-like qualities to stocks and stock markets. The market was "waiting" today, they'll say, or is "being patient."

Presumably this helps comfort investors who spook fairly easily, especially when markets are making all-time highs. This market is surely alarming to some because – according to various accounts – it is not trading on "fundamentals" anymore.

Some might argue as well that markets never traded on fundamentals! Markets are highly susceptible to monopoly fiat money flows from central banks. In fact, one might logically suggest that without monopoly money stimulation, markets would not be nearly so profitable nor exciting as they have been in the modern era, nor so dangerous and volatile.

When it comes to what is traded on stock markets – corporate paper of various kinds – we have discovered a similar level of artifice. Corporations themselves are artificial entities created by judicial fiat, intellectual property, corporate personhood and, of course, monopoly fiat currency.

These are the building blocks of the huge entities that trade so profitably on equally vast and laboriously manufactured securities bourses.

When one examines the process closely, (as the Internet has allowed us to do) the illogical and anti-free market nature of modern stock trading soon becomes evident. Nonetheless, this is the system that we have. Some make tremendous amounts of money based on the leverage and liquidity it provides.

Market commentators are not "supposed" to make statements like that, of course. Modern stock markets are supposed to be logical outcomes of a perfected market capitalism. And as we've just pointed out, there are always "reasons" why markets act the way they do just to make sure the average investor doesn't believe there is anything illogical going on.

"The mild pullback over the past two days is probably more due to a quiet consolidation after a big run-up over the previous few weeks. It's normal and healthy for the market at this point," said Arthur Hogan, chief market strategist at Wunderlich Securities.

Of course, we're not so sure as strategist Hogan that a rate hike is in the offing. As we've pointed out previously, based on various analyses that make sense to us, the Fed is trying to deflate market bubbles without actually having to raise rates. This is done by constantly threatening a hike without doing it.

In fact, Hogan is quoted in the article as confirming the results of this sort of strategy. The Fed's "hawkish messages" are weighing the market down, he states. Meanwhile, messages regarding monetary discipline are also contributing to the dollar's continued strengthening.

Another pundit quoted in this MarketWatch article is Brian Fenske, head of sales-trading at ITG. He believes that stocks have already "absorb[ed] bad news and that the "path of least resistance is up at this point."

He's also a believer that the Fed will raise rates in December as officials have been hinting. "At this point, everyone knows rates are going up."

Well … not so fast. One person who is not sure where markets are headed is contrarian investor and forecaster Marc Faber, publisher of the Gloom, Boom & Doom Report.

According to an article in GoldCore that is based on an interview with Faber, the Swiss publisher is now claiming he is an "optimist."

"I always tell people, I am a great optimist … because one of the most dangerous things to do is to drive motorcycles in Thailand and I have five motorcycles."

Faber actually hasn't changed his mind about the markets. He's still pretty much a perma-bear, worrying about the economy and the larger geopolitical picture.

"I'm most gloomy about the prospects of the global economy, but it doesn't mean that markets will go down," he told CNBC. But on the other hand, he says "you have the mad professors at central banks around the world who think that because of a weakening economy they have to do more [quantitative easing]."

Faber – much like professional bear Jim Rogers – is mostly positive about Asia so long as there is "peace and tensions [don't] explode … It's a boom region, Indochina. It includes Vietnam, Cambodia, Laos, Thailand … Myanmar, Malaysia, Singapore." This region could "easily" grow at 6%-8% per annum for a decade or more, according to Faber.

As a result, Faber is investing in both stock and real estate in the region. On the other hand, he is a bear as regards US markets and has chosen gold and gold mining stocks over Western equities. "I added to my gold position about two months ago, and I bought some gold-related equities."

Faber is concerned about volatility in Western stock marts and believes that August's significant drops could come again.

Much of what Faber says makes sense, from our perspective, and we've written about these sorts of moves in the past. Owning some gold (and silver) is always prudent. US equity markets are likely to be more volatile over the months ahead and if one wants to make investments it may be more prudent to do it abroad than at home.

One area that Faber doesn't explore is pre-public offerings. These are arguably less subject to volatility than public markets and if investors manage to find the "right" sector at the right time, the potential rewards can be significant.

The idea of the above moves is to diversify. We're certainly at or near the end of a great business cycle and unlike what market analysts are telling us, there's nothing very "rational" about the way markets act at a top. Diversification and asset allocation are the watchwords here – including sector diversification.

One sector we regularly mention is cannabis, given the likelihood that a whole new industry will soon expand around the world – one equal in size to if not bigger than tobacco or alcohol. For information about sector investing, please see chief editor Anthony Wile's latest book, here.