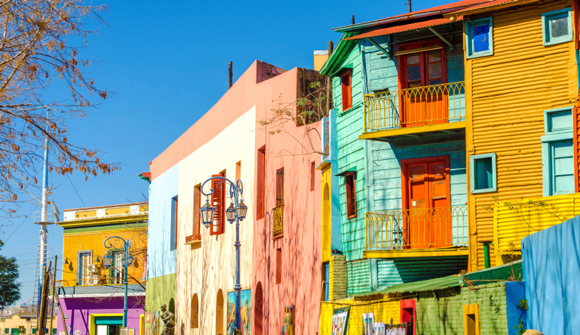 Rocky road ahead for Argentine leader over Nisman case … The still unexplained death of prosecutor Alberto Nisman, who was found shot dead in his apartment on 18 January, has highlighted how intertwined the judicial system and politics have become in Argentina. – BBC

Dominant Social Theme: Don't cry for Argentina. The kids are all right.

Free-Market Analysis: In this article, the BBC does what it often does, which is provide a "balanced" narrative regarding semi-authoritarian rulers and their bad behavior. This article pays little attention to Kirchner's truly outrageous behavior and instead "profiles" her in a fairly sympathetic manner.

There's probably a reason for treating the current Argentina mess this way. The current Western meme – the one the media is engaged in – proposes that a recovery is underway. Dwelling on Argentina and its impact on the rest of South America undermines some of that perspective.

This is what being evenhanded means …

Cristina Fernandez de Kirchner has been president of Argentina since 2007 but this, the last year of her presidency, is undoubtedly the most difficult period she has yet had to face. Cristina, as most people here colloquially call their president, is occasionally flamboyant and is naturally politically combative.

At times like this she seems loved and loathed in almost equal measure. Her supporters are fiercely loyal to the woman they see as continuing the Peronist tradition, the Argentine political movement based on the legacy of former president Juan Domingo Peron.

The president's public appearances are few and far between and she certainly does not trust the country's independent media.

The post goes on in this vein, calling her a wealthy woman with support from the "working class." The article even claims the country's welfare programs and price controls are popular.

This seems a little strange given many Argentines have lost a good deal of wealth with the currency's de facto devaluation and the slump in housing prices. Vacations abroad have turned from holidays into luxuries. Fewer travel outside the country.

The article predictably makes a comparison between Cristina and Evita Peron, whose husband did so much to undermine Argentina's economy under the guise of social justice.

A post at WAToday takes a different approach. The article points to recent demonstrations against Cristina and explains that her response indicates Argentina is getting a good deal more polarized.

Social mobilisations in Latin America have been the pinnacle of democracy since its return to the region in the 1980s. They played a key role in both the transition and the consolidation of democracy. The mothers of disappeared children embedded the practice of marching silently around the Plaza de Mayo in Buenos Aires to demand justice. Such public demonstrations in Argentina have a role in history and are fundamentally linked to calls for democracy, justice, and human rights. Moreover, these social mobilisations have served as a model for citizens around the world to get visibility for what they consider to be unjust.

In contrast to the Argentine government's pre-18F comments, this march, regardless of the fact that it may only represent the views of one side of what is becoming an increasingly polarised and politically divided society, is evidence of a consolidated and mature democracy. Even what is referred to as the "procedural minimal definition of democracy" includes the condition that citizens have the right to express themselves.

A string of disastrous political regimes have decimated Argentina's prosperity and entrepreneurial vitality. Argentina's current situation and the increased disgruntlement of its electorate is a kind of time bomb for South America.

The article concludes by explaining that Ms Kirchner's reactions "show how disengaged she is with her public and how much she fears her own uncertainty." It points out that the marchers were "silently questioning whether their leaders were following the rules" of certain social and political conventions that have governed Argentina in the 20th and 21st century.

Argentina's citizens suffered horribly in the depression of 1998 to 2002. According to a Wikipedia post, the economy contracted by 20 percent and over 50 percent of Argentines were impoverished. "Seven out of ten Argentine children were poor at the depth of the crisis in 2002."

Things are better now but the economy is still in bad shape with high inflation and a shrinking industrial base. A prolonged political crisis could make things much worse. Cristina's evident disengagement and Argentina's inability to solve its current economic problems may turn into a rolling recession affecting Uruguay, Paraguay, Chile, and even Brazil.

There's a lot more at stake in Argentina than is currently being reported.