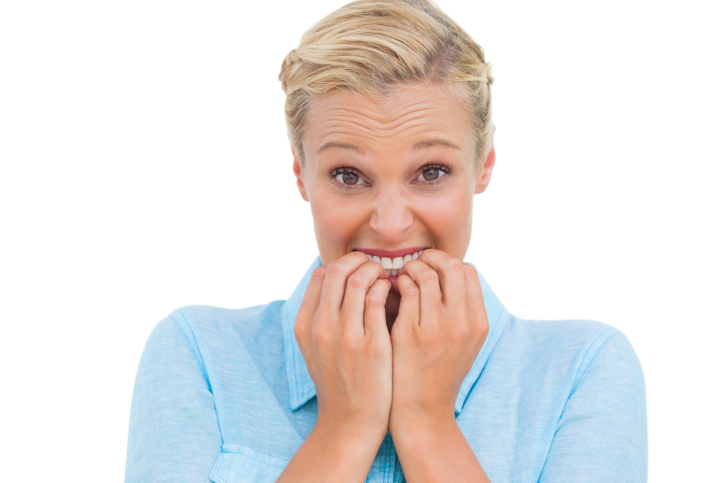 Ukraine crisis: Angry Angela Merkel questions whether Putin is 'in touch with reality' German newspaper claims that in a conversation between Angela Merkel and Barack Obama she was heard to question the Russian President's grip on reality … The German mass circulation Bild newspaper wrote on Monday that during a telephone conversation she held with US President Barack Obama to discuss the growing crisis in Ukraine she complained that Mr Putin was "living in another world." – Telegraph UK

Dominant Social Theme: There is so much danger in the world. It's an unstable and dangerous place. Anything can happen – and some of the leaders are quite mad.

Free-Market Analysis: Talk about the pot calling the kettle black.

One could certainly say Merkel is out of touch with German reality, but she – and the German media – don't see it that way. The citizens of Angela Merkel's country are quite worried about being part of the euro and EU, but Merkel has fought a furious, low-key battle to keep Germany in the Union and stuck with the euro.

And one could lump Merkel in with the Eurocrats who have helped prop up the EU: They obviously have a skewed sense of reality as well, given that they have been claiming the "crisis" is over for the past half-decade.

Merkel has no trouble with this bunch. But apparently, she believes Putin is the one who has lost contact with reality.

"She appears to have become really annoyed," Bild remarked. The paper said it had gained inside information on the telephone exchange between the US and German leaders from American sources.

The two leaders roundly criticised Mr Putin in their conversation and agreed that Russia's military intervention in Crimea was in violation of international law. A German government spokesman said that both stressed that it was important for the international community to respond to the crisis in unison.

Both were said to be in favour of sending an immediate fact finding mission to Ukraine and backed the idea of setting up of a contact group, possibly overseen by the Organisation for Security and Cooperation in Europe, with the aim of ending the crisis through political dialogue.

… The spokesman said Mrs Merkel had used the conversation to reiterate her view that Mr Putin had violated international law through Russia's "unacceptable" intervention in Crimea. Germany has pledged to do all it can to resolve the crisis through political dialogue.

Interesting that Merkel should become "really annoyed." What was annoying her? Putin's lack of agreement and determination to go his own way?

Years ago French President Nikolas Sarkozy and Ms. Merkel were said to be furious with each other over the unraveling EU. But soon – almost breathlessly – a deal was struck … and then another and another. Was the initial spat merely media fodder?

How much of what goes on at the upper levels of statecraft is actually legitimate and how much is for show? More and more we tend to believe it is all an elaborate dance. Nothing can be trusted. Nothing is what it seems to be.

The Ukraine crisis itself seems to have been fomented in large part with Anglosphere Intel support – with the US in particular providing tacit endorsement of Ukraine's neo-Nazi movement. This would be no surprise, as the Anglosphere has been steadily whipping up wars in Northern Africa and the Middle East.

Now Putin has invaded Crimea and the West is threatening economic retaliation – not just the Anglosphere but the EU as well. Putin has, in turn, revealed an ever-closer alliance with China. Presumably if the West levels sanctions, Putin will respond by using China as a counterbalance.

Putin can also damage Europe by threatening, as he has before, to shut down gas shipments that EU countries depend upon. This would damage both Europe and Russia.

Is this just the point? We've watched gold move down – and then more recently the developing countries markets were hit hard. Now it looks as if Europe and the Near East are being destabilized.

As a website devoted to analyzing the elite's dominant social themes and how they interact with world events, we wonder if the effect of this additional instability will be to further drive investment and trading toward US markets. (Always the US is to be seen as the "safe haven.")

We've presented our thesis regarding the "Wall Street Party" numerous times, and our prediction, based on the evolution of modern events, that this party would continue at least another year or two.

Yesterday, throughout the day, US markets moved down hard. And there may be considerable additional volatility over the coming weeks or months. But we tend to believe the power elite is committed to raising stock averages so long as it can. In the short term, there are numerous powerful monetary and regulatory tools that can be used to do that.

There are too many "green" environmental solutions in the pipeline and the system – as it is – likely cannot be sustained indefinitely. The solution is a final blow-off leading to expanded international finance and maybe even a global currency.

The appointment of central banking "doves" like Janet Yellen and Mark Carney gives credence to this perspective, as do various regulations that have been eased to make advertising equity opportunities easier.

There are other, non-investment issues to consider as well. Putin apparently has in mind the creation of a "Eurasian" union that will include Kazakhstan, Belarus and presumably Ukraine, among other post-USSR countries.

Meanwhile, Ukraine has requested NATO support – and NATO is backed by 28 sovereign countries. Of course, China seems firmly behind Russia – so in addition to economic rivalries, we can see military ones forming.

One shouldn't forget that in the Ukraine itself, protests have been supported by the neo-Nazi Svoboda Party. US Assistant Secretary of State for European and Eurasian Affairs Victoria Nuland even met with leader Oleh Tyahnybok. The Ukraine's fascist revival has reportedly been gathering momentum since the "Orange Revolution" of 2004.

So many factors are in play now, and a lot of them support power elite manipulations, just as they did in the 20th century. Putin wants further centralization; there are rightwing movements supposedly springing up throughout Europe and the great powers are choosing sides militarily.

Yet hardly any of it is what it seems. It is all a show … a play … an act. Human beings are duplicitous animals; high-ranking politicians are surely among the more facile liars – and therefore lying and success go hand in hand.

Perhaps Angela Merkel is sincerely irritated with Vladimir Putin. But if so, that's only because Merkel has an extraordinary ability to lie to herself about her own actions and Germany's position and behavior in the EU and on the world stage.

We would be surprised if the current Ukraine "crisis" escalates into a serious, multinational (NATO-engaged) shooting war, let alone a world war. The power elite wants to escalate economic and military tensions but we don't think all-out nuclear war is something that is seen as useful, at least not at the moment.

No, we see what's going on now as reinforcing various dominant social themes that the globalists want enhanced. War is merely another tool to this end.

Watch economic and geopolitical memes that are important. See how internationalism is further enhanced by these "crises." Keep your eye on what matters to THEM.