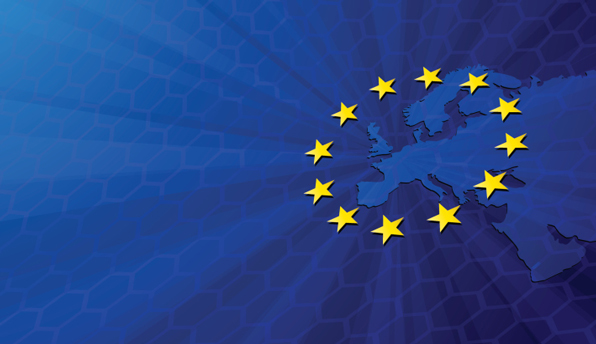 George Soros Predicts Ukraine Could Ruin The EU … The billionaire financier says in its tepid response to Russia's Crimea land grab, the EU flubbed a key chance to breathe new life into the stale union. George Soros, one of the world's leading investors, has warned that the European Union is in danger of falling apart if it fails to confront Vladimir Putin's naked aggression in Ukraine. The billionaire financier told The Daily Beast that European governments should have seized on Russia's land grab in Crimea to breathe new life into a union that is disintegrating and stumbling towards oblivion. Instead, he argued, squabbling European nations have failed to meet the challenge and continued to act in their own narrow self-interest. – Daily Beast

Dominant Social Theme: The European Union is weak and wimpy just like Barack Obama. No one has a spine anymore but Vladimir Putin.

Free-Market Analysis: One of the memes emerging from the Ukraine "crisis" is that the West is weak and the East is strong. Barack Obama is effeminate and Vladimir Putin is a bare-chested "he-man."

We personally don't find Obama effeminate. He's scholarly, even studious in demeanor, but his actions, at least domestically, are incredibly bold. He's basically nationalized one-sixth of the US economy with his health-care gambit and under his watch the military-industrial-Intel complex of the US has grown greatly.

But a meme is a meme is a meme. With the US bureaucracy under pressure to cut costs, especially "security" and military costs, a standoff with Russia becomes an incredibly useful event. Once more we are instructed to see that the world is a dangerous place and only the Pentagon can protect us from its devils.

US officialdom is not alone in finding rising Ukraine tensions to be of considerable help from a budgetary and organizational standpoint. Now we see this meme being utilized like a can opener to present the contents of complaints about the European Union's lack of "rigor" when it comes to creating a unified state out of dozens of European tribes.

Always, a "crisis" is a terrible thing to waste. Once again – as with the Great Recession itself – self-appointed critics are making statements about how Europe's lack of political unity is making it impossible for "Europe" to respond and therefore aggravating the current crisis.

This was one of the points made in Saturday's editorial at The Daily Bell about the Ukraine standoff. The other ramifications included the idea that the US was becoming more of a so-called safe haven every day, and that Putin's reign might be weakened by the current tensions and economic and military maneuverings.

This Soros article is a perfect expression of the point we made regarding the Ukraine standoff being used to bolster a common Europe. Here's more:

"Europe was totally unprepared for this crisis and Putin outmaneuvered Europe with no difficulty," he said. Soros, who became known as the Man Who Broke the Bank of England after making $1 billion by betting against Europe's previous financial union, has long insisted that the Euro was being fatally mismanaged.

His latest book, published this week, is entitled The Tragedy of the European Union. A loud supporter at the launch of the Euro currency and a cheerleader for a united Europe, Soros has been confounded by what he calls the "nightmare" reality 15 years after its introduction.

Speaking in London, he said it was heart-breaking to see European governments shrug their shoulders at the precise moment the continent was finally witnessing an unprecedented popular uprising in the name of the European Union. "Ukrainians have effectively proved that they are willing to sacrifice their lives to get closer to a Europe that is, at the same time, in the process of disintegration," he said.

With Putin's troops in Crimea and a referendum on joining Russia due to be held over the weekend, Soros said there was still time for Europe to act, and reinvigorate the European Union's withering soul.

Always, you see, the solution to economic and sociopolitical crises is further bigness. Only by constantly expanding the authority of the state can the governed achieve the safety and prosperity they seek.

Yet this is obviously not so. The EU is no panacea. Its officials, hewing to Draconian policies, have filled the streets with blood in Italy, Spain, Greece, Cyprus and even Portugal. They have wrecked the Irish economy, drained Germany and are in the process of undermining what is left of French prosperity.

The idea that more of this regime is better for you is simply an exercise in cognitive dissonance or outright propaganda. Since it is Soros speaking, we'll opt for the second.

At this point in his career Soros is little more than an apologist for the interests he once confronted and extracted US$1 billion from. The Queen herself called him then, so long ago, and spoke to him privately and Soros has been a changed man from then on. He's become a fervent apologist for the very Money Power he once expertly milked.

It is interesting as well that Soros has a new book out on the very issues that he is now championing. Did Soros have some special, "insider" information that such a crisis was looming? This would certainly correspond to our suspicions about what we call directed history.

Over and over, we see crises forming that are then debated by the power elite and used to pass new regulations and laws that inevitably reinforce Leviathan's inexorable expansion.

Directed history is often nonsensical because it is the outcome of specific intentions. It is not logical because, often, it cannot be, and Soros's arguments in this article are similarly confused.

We are told that, "Soros argues that Berlin's fiscal rigidity has created a two-tier Europe where debtor countries are at a permanent disadvantage" and that if this continues, rather than Germany being "loved and admired by the rest of Europe it will be hated and resisted."

The expression "fiscal rigidity" here is key. Germany's rigidity is the outcome of the fear of its people that once the European Central Bank turns on the currency spigots, the main loser will be the German taxpayer who will see his savings set on fire by price inflation.

At the same time as Soros is arguing for monetary inflation, he is also arguing for an increased political union. He ignores the unpleasant reality that the union itself is responsible for the crisis. Absent a union, Southern Europe would have devalued its currencies long ago.

The article finishes on a somewhat apocalyptic note. "Europe-wide elections in May are expected to send a record number of politicians to Brussels who are hostile to the very institutions they will be populating," we are solemnly informed.

Soros predictably sees this as unfortunate. "The world badly needs Europe's soft power," he explains. Yet, we've watched the police crack open heads in numerous countries and cities over the past years and these scenes never struck us as especially "soft."

Soros's remarks seem almost desperate in this context. They remind us once more that in the 21st century understanding the basic falsity of such rhetorical gambits is a good deal easier than the 20th.