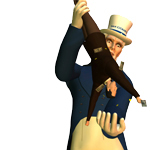 HMRC raid on bank accounts goes against Magna Carta, say MPs … MPs say they are "horrified" by the tax authorities' plans to dip into the personal bank accounts of 17,000 "recalcitrant debtors". HMRC says it needs the powers to stop people "gaming the system". Lin Homer, chief executive of HMRC, wants powers to raid the personal bank accounts of "recalcitrant debtors". MPs said the proposals went against the provisions of Magna Carta. – UK Telegraph

Dominant Social Theme: Government tax collectors need as much power as they can get.

Free-Market Analysis: Her Majesty's Revenue & Customs doesn't have enough power, or so the British Parliament is told. HMRC wants to be both judge and jury when it comes to recalcitrant taxpayers.

It wants to the ability to "raid bank accounts" and to do so without a court warrant. Here's more:

British tax authorities have been accused of attempting to ride roughshod over Magna Carta in pursuit of new powers that will allow them to raid the bank accounts of those who fail to pay their dues. MPs on the Treasury Select Committee said they were "horrified" by the proposals which HM Revenue & Customs (HMRC) says it needs to recover tax from 17,000 "recalcitrant debtors".

Lin Homer, chief executive of HMRC, insisted that the powers would only be used in extreme circumstances and would never leave taxpayers short of "enough money to live." However, she caused alarm by explaining that HMRC would be able to judge whether a debtor could afford to pay up because they would have access to 12 months of the target's personal spending habits.

The proposals are currently out for consultation until the end of July. In a marathon session lasting more than three hours, John Thurso, Liberal Democrat member of the Committee, said HMRC was asking for power to over-ride Magna Carta which sought to protect citizens' rights from plundering kings 800 years ago.

"We are talking about the ability of one organ of the state to have the unique right to go against the Magna Carta charter and go in and seize – without judicial process or review – a bank account," he said.

Steve Baker, Tory MP for Wycombe, told Ms Homer that HMRC was pleading "necessity" for new powers when in fact it was just "frustrated with a small number" of taxpayers. He said it reminded him of William Pitt's famous view. The former prime minster said that "necessity is the plea for every infringement of human freedom."

Ms Homer said she disagreed that the new powers went against Magna Carta, insisting they were no different to the PAYE system by which employers take tax directly from salaries before it is paid. She said the 17,000 debtors were those deliberately don't pay tax because they know HMRC doesn't have the resources to track them down.

… The MPs argued that the powers could be dangerous given the number of mistakes HMRC makes. In the same hearing Ms Homer was forced to apologise for calculation errors that meant HMRC over-stated the amount it had collected in tax. Last week, a report from the National Audit Office revealed HMRC had overestimated the amount of tax it had collected by £1.9bn a year.

In addition to HMRC's overestimation mentioned above, the hearing brought out HMRC's "atrocious" record when it came to answering phone queries. Apparently only one-in-five calls were answered.

This is symptomatic of bureaucracies and a reason why an aggressive agency like HMRC will find its request for more power to be difficult to grant. The HMRC request follows a pattern when it comes to large government enterprises, especially ones that are involved with bringing in revenue. Across the Western world, agencies are becoming more invasive and seeking more powers to aid them.

This is certainly true of the US IRS. The libertarian think tank Cato recently posted an article entitled, The Last Days of the IRS, which mentioned various international tax treaties the US is trying to implement around the world. Here's an excerpt from the article:

The welfare-state politicians are using a two-pronged strategy to keep taxpayers in bondage. They are trying to create global tax-information sharing among governments, and global minimum income-tax rates. The just-concluded meeting of the Group of 20, using an Organization for Economic Cooperation and Development proposal as the cover, was the most explicit attempt yet to do the above. The United States has been trying to impose its Foreign Account Tax Compliance Act — which would force foreign financial institutions to report to the IRS — on other countries but, fortunately, has been meeting stiff resistance from responsible private parties and governments forcing a further delay in its implementation.

Those in government assure us that our tax information they intend to share with foreign governments will be kept confidential and not be abused. Only the terminally naive believe that. The IRS scandals will not go away because the measures needed to keep businesses and individuals on the tax plantation will become increasingly repressive, depressing economic growth and increasing resentment among taxpayers …

The income tax and the intrusive, abusive IRS are not necessary. The legitimate and proper functions of government can be financed through a combination of user fees and consumption taxes. The only real question is whether our political leaders will be wise enough to abolish the income tax and the IRS before the total breakdown, or after?

This last paragraph makes a very good point. Increasingly, via modern communication technology, the abuses of large government collection agencies are being presented to the public at large. Current hearings regarding the IRS have already proven problematic.

IRS officials, in fact, stand accused of retarding conservative groups' ability to receive non-profit status over the past few years. As the investigation has deepened, it has come to an unlikely roadblock: IRS execs now claim that hard drives containing emails relevant to the investigation crashed several years ago and neither the drives themselves nor the emails were ever recovered.

This explanation has not been well received by the Congress or the general public. The IRS is supposed to keep backups and the idea that thousands of emails can simply vanish strains the credulity of anyone paying attention to these hearings.

What comes across clearly in both the IRS stance and in the requests by the HRMC is a certain level of arrogance that is magnified by modern communication facilities. While IRS and HRMC hearings might have attracted attention in the 20th century, any negative commentary would have been mitigated by a mainstream media that usually plays down government gaffes. But not anymore. Now the demands and behavior of government collection agencies are often front-and-center. And they are often seen as indefensible as well.

Combine an aggressive search for additional taxing powers with increasingly negative perceptions generated by Internet exposure and you have a very difficult situation brewing and one that may eventually lead to fundamental change regarding the ways nations tax and spend.

Indeed, the pushback against intrusive tax collection is growing, even as agency demands for more power and revenue are expanding as well. This creates a kind of cognitive dissonance that will make tax collection more difficult in the future.

Major change to the tax structure may be delivered as part of this public collision. Nonetheless, tax collection will certainly grow more arbitrary and even illogical as this trend continues. Taxpayers will be caught in the middle on a variety of fronts and will have to protect themselves as best they can.