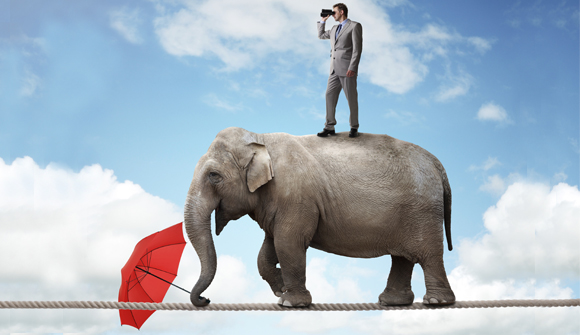 IMF cuts world growth forecast again … The International Monetary Fund cut its forecast for world economic growth for a third time this year due to slowing emerging markets and a prolonged recession in the eurozone. In an update to its World Economic Outlook, the IMF said Tuesday that it now expects world output to expand by just 3.1% in 2013, down from 3.3% in April. In January, it was forecasting growth of 3.5%. The revision means the global economy will have failed to pick up pace over the past two years, although the IMF expects a slight acceleration in growth in 2014 to 3.8%. − CNN

Free-Market Analysis: Monetary authorities have been working overtime to reinflate Western economies without much success, as this International Monetary Fund report shows us.

Money printing can only go so far and when it comes to the Eurozone and even to the US, the results of macro quantitative easing are probably more evident at the top of the economy than elsewhere.

The result is that certain segments of the economy are growing and benefiting certain – mostly elite – populations. This worldwide recovery, which isn't much of one, is actually about control.

The Internet itself, what we call the Internet Reformation, has – we believe – destabilized global cultural acquiescence to the current system and this has been aggravated by the downturn. Those who have emplaced the system have thus been trying to restabilize what has been deflated but have been doing so using recognized methodologies.

These are not propelling animal spirits aggressively, however. Here's more.

Since its last global report in April, the IMF has cut its 2013 growth forecasts for the U.S. and China to 1.7%. And it now expects the eurozone economy − mired in its longest recession − to shrink by 0.6% this year, double the rate of contraction forecast in April. "While old risks remain, new risks have emerged, including the possibility of a longer growth slowdown in emerging market economies," the IMF said, pointing to slowing credit growth and the possibility that capital will return to the U.S. if the Federal Reserve begins to unwind its policy of buying government bonds to keep interest rates low.

… Germany, the region's biggest economy, provided a stark reminder Monday of the mountain Europe still has to climb. Its exports to the eurozone fell by 9.6% in May compared with the same month last year, and by 1.6% to countries outside Europe. In a separate report on the eurozone last week, the IMF warned that fragmented financial markets and the high cost of borrowing in peripheral nations was depressing activity across the region.

It called on European leaders to do more to repair bank balance sheets, complete work on a banking union, provide further support to the economy via easy monetary policy and show more flexibility on austerity while preserving medium-term debt reduction goals.

We remind viewers, as we have before, that there are plenty of ways to feed money into the economy. Currency has been divorced from underlying assets in the past century and thus is now available at the push of a button. Electronic digits can flow in any direction.

Those pushing the button have declined, however, to direct funds to consumer bank accounts, preferring to keep alive the fiction that money must flow through banking facilities.

This is partially responsible for the revival of the Social Credit movement that we believe is being supported covertly by monetary authorities who perceive that they will not long be able to defend the current system – as Internet information specifically has exposed it.

It is an elaborate balancing act these days, with monetary authorities fighting on at least two fronts, from what we can tell. First, they are trying to stabilize economies around the world so popular discontent doesn't get out of hand.

Second, they are trying to manage monetary expectations and the explosion of knowledge about the way money actually works in the modern era.

Those who are interested in such things and see their applicability to their own prosperity will monitor this dialogue and its evolution. It is a subterranean struggle with important ramifications.