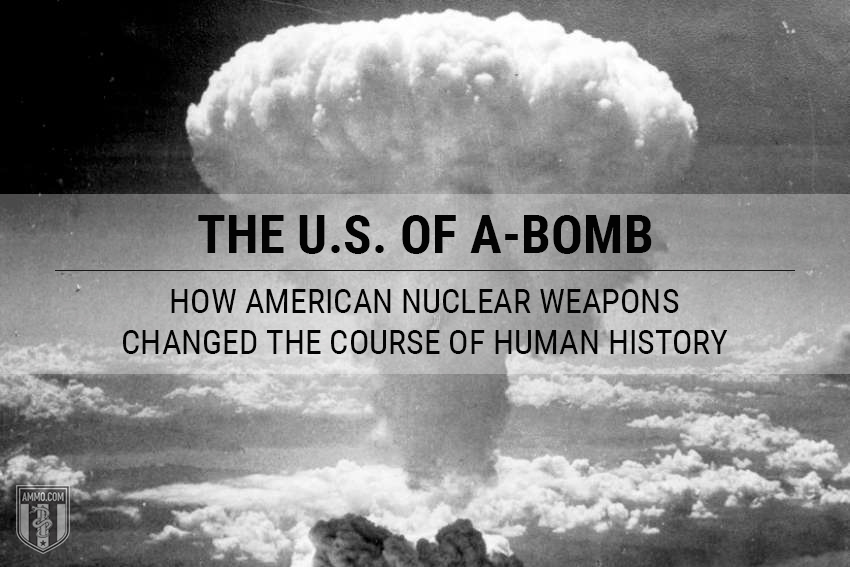 STAFF NEWS & ANALYSIS
The U.S. of A-Bomb: How American Nuclear Weapons Changed the Course of Human History
By - March 14, 2022

The United States of America can take pride in a number of things, among them arguably the two greatest cultural and scientific achievements of human history: The moon landing and atomic power. It is the latter that we will focus on in the article, the unleashing of the power of the atom, for good and for ill.

America was the first nation to split the atom and applied it immediately to the war effort. It was not for a lack of trying on the part of America’s rivals: Germany famously had their own nuclear program. Less well known is that the Empire of Japan was also looking for a way to weaponize the primal forces of nature.

But America got there first. And their ability to do so not only changed the course of the Second World War, it also changed the course of human history. For the first time ever, mankind has the ability to wipe away human life as we know it at the push of a button. On the other hand, we also have a clean, reliable fuel source that could outstrip all existing sources, if the political will were there.

This is the story of how America unleashed and harnessed the power of nuclear fission, for better or for worse.

Pre-History of the Atomic Bomb: Physics and Fascism 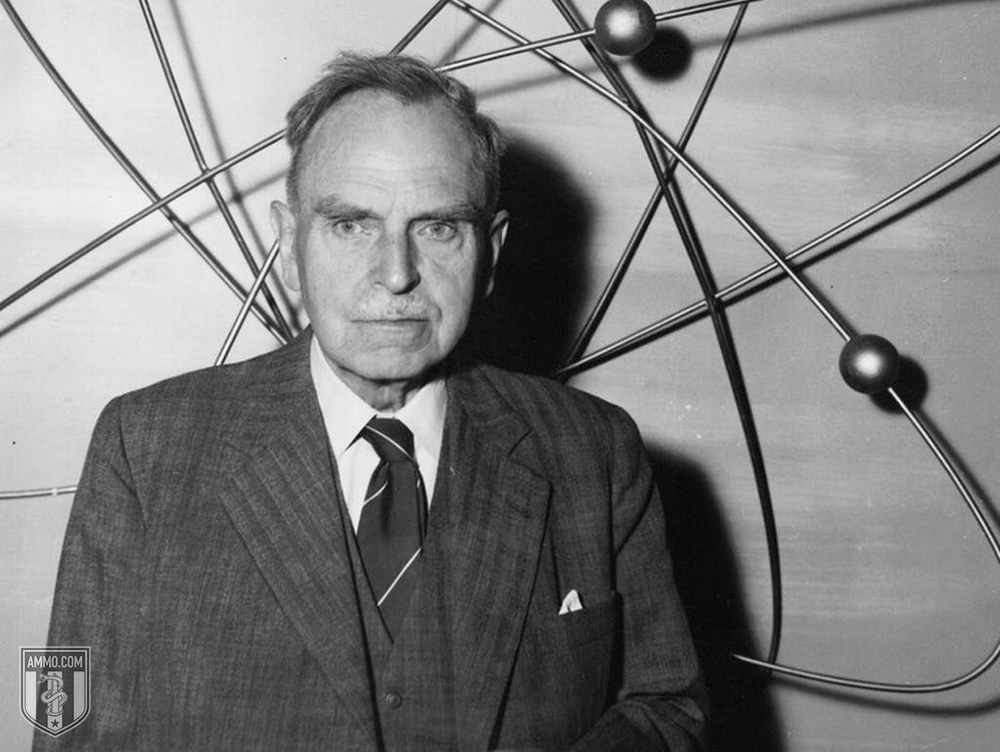 To understand how the United States acquired the bomb, it is first necessary to briefly explain how man’s physical view of the cosmos was revolutionized by the new physics. In the early 20th Century, Pierre and Marie Curie observed radium for the first time and noticed that certain substances were highly radioactive.

Scientists and laymen alike began to believe that atoms contained massive amounts of energy just waiting to be harnessed. H.G. Wells published his novel, The World Set Free, about atomic warfare, in 1914. In 1924, Winston Churchill speculated about the destructive power of nuclear fission.

A little later, the top physicists of Germany were leaving in droves because of the rise to power of Hitler and the Nazis. By the time the Nazis invaded Poland in 1939, many of the top scientists had left the continent entirely, most for the United States, but some also for Canada. What this meant was that the best nuclear physicists in the world were concentrated in North America by the end of the 1930s, leaving Germany with a serious drought.

Still, it was the Germans who first discovered nuclear fission in 1938, at the Kaiser Wilhelm Society for Chemistry. Otto Hahn was the first person to discover the process, which made a nuclear weapon theoretically possible. Once nuclear fission was discovered and the applications of such a discovery extrapolated by the major powers of the time, the race was on to see who would be the first to unlock the power of the atom for military purposes.

The Also-Rans: Germany and Japan

By all accounts, Germany should have had the first nuclear weapon. They, after all, were the first to discover nuclear fission, though the atom was first split by Englishman Ernest Rutherford at Manchester University in 1911. However, as stated above, most of the top scientists of the country were leaving because of the Nazi regime and its hostility toward Jews.

The Nazis were also tripped up because they disbanded their original team pursuing the secrets of the atom, the Uranverein (Uranium Society). The group was formed in April of 1939, but disbanded in August of the same year. Some of the most brilliant scientists left in Germany were removed from the project and sent off to regular military duty. There were a couple other German projects in 1939, but nothing centralized like later projects, which were much closer to the Manhattan Project.

The second Uranverein was formed on the same day that the Second World War began in 1939. The initial report from the group was so pessimistic that they concealed their results from Hitler for two weeks and even then only casually mentioned it: It would probably take five years to get an atomic bomb and the Americans would likely be able to develop one sooner. With this, the atomic weapons project was not given the attention it would have been given if the Germans believed they could have developed a weapon first.

In 1942, the project was scaled back even further, as it was not believed that the group’s efforts would be decisive in ending the war. The atomic weapons project was effectively ended, with Albert Speer putting the bulk of the work toward the production of nuclear energy rather than nuclear weapons. It was around this time that the atomic bomb project was shelved entirely. Speer believed that it would have taken all of Germany’s resources to produce an atomic bomb by 1947.

Japan actually had a more robust and advanced nuclear weapons program, which was ultimately scuttled for a historically ironic reason: The Japanese didn’t believe anyone else had the imagination to see how atomic power could be used as a weapon. Indeed, they singled out the American government as not being able to grasp how nuclear fission could be used in warfare. The project was scrapped in favor of more work on radar.

Curiously, Japan is sometimes counted as a nuclear power today. A term called “nuclear latency” means that Japan has all the know-how and material to produce an atomic weapon very quickly if they choose to do so. It is widely believed that if Japan had the will, it could produce an atomic weapon inside of a year. Indeed, this is sometimes subject of internal debate in the country, which is constitutionally prohibited from making offensive weapons, but has sought to find ways to define tactical nuclear weapons as defensive – especially as China has become more militarized and aggressive.

The Pre-History of the Manhattan Project 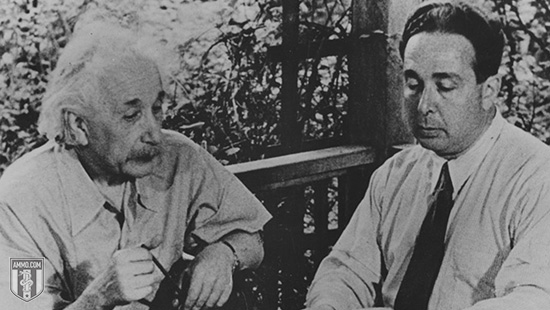 The Einstein–Szilárd letter was drafted by Leó Szilárd in 1939. Albert Einstein signed off on it. The gist of the letter was that Germany was attempting to develop an atomic bomb. It urged America to begin stockpiling uranium ore and to expend more resources studying atomic chain reactions.

Roosevelt was extremely interested in the letter. Despite the fact that the United States was not yet a belligerent in the Second World War, he ordered the creation of the Advisory Committee on Uranium. Army Lieutenant Colonel Keith F. Adamson authorized $6,000 (over $100,000 in 2020 dollars) to buy graphite and uranium for Enrico Fermi and Leó Szilárd to use toward their experiments.

They were not able to achieve the chain reaction necessary to create atomic energy of any kind, let alone a weapon.

The program went through a couple of different permutations and even absorbed the information of a previous, more aggressive and more advanced British program of a similar kind. In June 1939, they discovered the critical mass of uranium needed for such a chain reaction – 22 pounds. This could easily be carried by the existing bombers of that time period.

On October 9, 1941, President Franklin Delano Roosevelt ordered the creation of a robust, permanent and dedicated atomic program steered by his Top Policy Group. Roosevelt was a part of this group along with Vice President Henry Wallace, Secretary of War Henry L. Stimson, and the Chief of Staff of the Army, General George C. Marshall. Roosevelt prioritized the Army over the Navy because he had more faith in their ability to run large-scale projects.

Continue reading The U.S. of A-Bomb: How American Nuclear Weapons Changed the Course of Human History at Ammo.com.