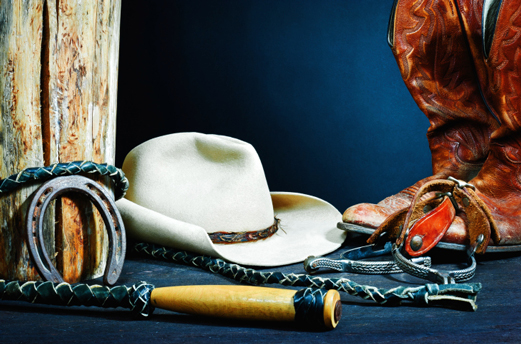 Bundy Standoff Is A Fox News Costume Drama … One thing about that mangy posse of anti-government crackpots camped out at Cliven Bundy's place in the Nevada desert: Most don't know a thing about cattle ranching. See, it's calving season across most of the country … While the BLM was wise not to confront the mob, the current triumphalism among far-right zealots can't be seen as anything but ominous. One wonders, however, how the armies of April will react to a Las Vegas TV station's revelation that much of Bundy's personal saga is make-believe. – The National Memo

Dominant Social Theme: This Bundy fellow is a crackpot.

Free-Market Analysis: There's been a lot of pushback regarding Cliven Bundy and most recently in the article above, Bundy comes in for direct criticism as a serial liar.

Yet it is not difficult to understand the disapproval people feel when confronted with what seems to be another heavy-handed action by US authorities.

We keep in mind the following when it comes to US government actions in the 20th and 21st century:

These are just a few points and more could surely be enumerated. One does not have to oppose the federal system itself to disapprove of its ruinous actions.

There are "good" people in federal government and surely there are elements within the political system generally that mean well. But fedgov is awash with depreciating paper assets and increased tax revenue. The result has been an ever more aggressive expansion of federal power.

Power corrupts and absolute power corrupts absolutely. US fedgov today is in many ways a corrupted institution. This is obvious and much commented on.

It is also the reason that many people instinctively support Bundy in his confrontation with BMS. It probably has less to do with the specifics of the case than with a general sentiment that fedgov is out of control and that many of its actions benefit an "oligarchical" few at the expense of the many.

The article excerpted above is only one of many now appearing that attack Bundy and point out that his actions are "unlawful" whereas the actions of his peers in cooperating with BLM eschew unlawfulness. Here's more:

No rancher worthy of the name is going to run off leaving his cows to fend for themselves while he fights somebody else's battles. Particularly not some deadbeat who refuses to pay his grazing fees, and who claims that the same laws that apply to every other rancher in the United States don't apply to him.

… See, it's partly a costume drama Fox News is helping this con-man stage. Although my own little operation is more of a hobby than a business, I do try not to lose money. However, many of my Perry County, Arkansas friends and neighbors are cattle ranchers for real.

It's damned hard making money on cows, but nobody around here imagines they can graze cattle in the Ouachita National Forest for nothing. Every single one pays for his own land, pays property taxes, pays the water bill and pays for any pasture he rents—all things Cliven Bundy takes for free from the U.S. government while styling himself a rugged individualist.

… No way could Bundy or anybody like him afford to buy the vast acreage he's grazing for free. Many westerners only think they'd like to see the feds sell off their extensive properties in states like Nevada, where the U.S. government owns fully 87 percent of the land. But they might feel differently after the likes of Ted Turner, the Koch brothers and various international corporations bought up the range, cross-fenced it, and posted "No Trespassing" signs everywhere.

See, it's a form of welfare the BLM oversees, but it helps sustain a way of life Americans are nostalgic about. The various "Sovereign Citizen" groups and armed militia types playing soldier in the desert, however, are something else.

Again, we're not sure of the reason for the upsurge of anti-Bundy articles, though we have our suspicions. But what we are sure of is that pro-Bundy sentiment has more to do with anti-Fed sentiment than Bundy's own story.

It is perhaps the endless and increasingly bold dissemination of dominant social themes that rubs people the wrong way. The Internet itself has increasingly revealed the lies authority tells to defend itself and to mislead. It is one reason we cover the memes of the elite, those globalists who stand behind the US government and its propaganda.

Whether it is the phony war on terror, "climate change," or the continued Wall Street Party that the power elite is determined to keep throwing, it is important to understand the mechanisms of control and the rationale behind them.

In the case of the Wall Street Party, one may have expected the stock market to have moved down long ago, and yet it still continues to defy gravity and may do so for months or even years.

One can make a good deal of money by understanding elite memes; one can also educate oneself in order to better protect one's wealth, family security and even community prosperity.

Those who wish to defend the BLM and to damn Bundy are probably faced with a difficult task. It is the history of the US fedgov that people are reacting to when they feel sympathy for Bundy – Bundy's actions and history may have little to do with it.

Bundy is merely a metaphor in this case – a convenient vessel for larger, problematic actions.