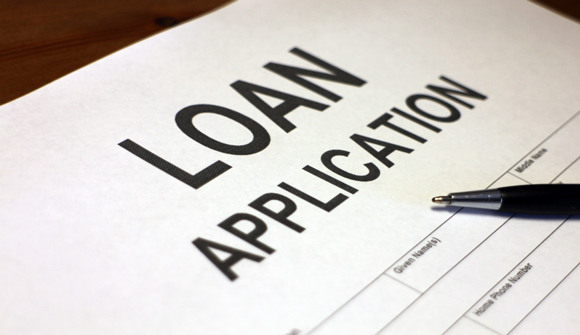 No More Payday Predators … If you were thinking straight, would you pay more than 300 percent in annualized interest – or risk losing your home – to borrow a few hundred dollars? If the answer is no, you might see the wisdom of regulating the short-term, small-sum credit commonly known as payday lending. – Bloomberg

Dominant Social Theme: Those who prey on the poor are reprehensible.

Free-Market Analysis: In the other article in this issue, we've discussed Eric Holder's final attempt to bring accountability to Wall Street's bankers.

What Holder claims he wants to accomplish on Wall Street – to clean it up – the Consumer Financial Protection Bureau wants to do with much smaller lenders.

Typically aimed at low-income customers with spotty credit and cash-flow problems, the business has long been controversial. In its classic form, someone who wants to tap an upcoming paycheck borrows $100 to $500 and agrees to return the whole amount in a couple of weeks, along with interest of 15 percent or more (that's 391 percent annualized) …

The Consumer Financial Protection Bureau, set up by the 2010 Dodd-Frank Act, is preparing to write the first-ever federal rules governing such lending. At stake is the future of an industry that's a tiny part of the multitrillion-dollar U.S. financial sector but touches tens of millions of people each year and has made some of its practitioners very wealthy.

To its credit, the Bloomberg editorial asks some provocative questions. It points out the obvious argument, that if "rational consumers choose to spend about $9 billion every year on interest and fees, then fast access to cash must be worth at least that much to them. On the face of it, restricting or banning the service would make them worse off."

But the editorial also argues that regs are necessary to help people who might otherwise make mistakes when it comes to borrowing. The industry acts as a predatory enabler and sometimes those who use its services end up worse off.

The editorial indicts the industry for purposefully creating payment terms that will encourage default. "In the worst cases, they make unauthorized withdrawals and rely on harassment and intimidation."

Having laid out both sides of the case, the editorial mentions a "promising answer" generated by 2010 Colorado legislation. The legislation capped finance charges and required that principal and interest be paid back over six months without penalty. This sort of approach, regulating lenders rather than trying to eradicate the business, is what the editorial urges.

The market ought to be prudentially regulated not eradicated. "Colorado's reform shows that payday lending doesn't have to be predatory. The CFPB's new rules can help ensure that it isn't."

As usual, such regs ignore larger economic issues. Holder wants to prosecute Wall Street bankers and Bloomberg wants to regulate payday lenders. Neither approach deals with the fundamental issue of the business cycle and central banking's role in it.

It is as if there is a fundamental flaw in the West's economic engine … a cracked engine block. No matter how many times the rest of the engine is retrofitted or replaced, unless the block itself is fixed, the problems will always reoccur.

Holder's latest initiative targets Wall Street banking for criminality regarding the advent of the Great Recession. The CFPB believes a similar level of exploitation lurks within the payday loan industry.

It would be far more productive to try to understand why such payday loans are necessary, why poverty is increasing in the US and throughout the West, why some 40 million US citizens use food stamps while tens of millions more cannot find a job.

These are deep and serious issues that would demand scrutiny of the US's basic economic model. The CFPB unfortunately is not likely to generate that sort of examination and neither is Holder.

It is much easier – and more politically effective – to announce an eradication of symptoms rather than a cure of the underlying cause.

This is business-as-usual in Washington DC. It has been for decades – for more than a century surely. It's why the US is in the condition it is in. Things are not likely to change because fundamental issues are not being addressed.

There is plenty of pain to come.