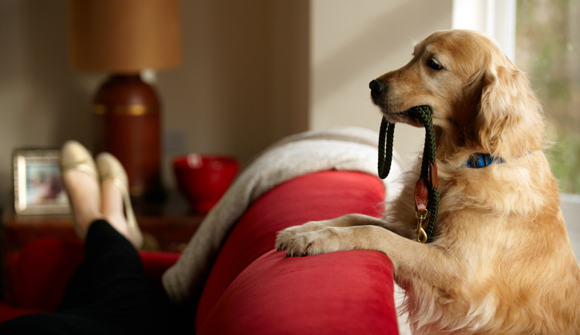 STAFF NEWS & ANALYSIS
Audacity of Optimism and the Limning of the Lie
By Staff News & Analysis - December 30, 2013

The Audacity of Optimism. In the year or more that I have written this column, I have often emphasized the way in which things may be going at least a bit right. That contrasts with the frequently repeated mantra that we are going dangerously off the rails. Of course, like anyone, I may be right or wrong or somewhere in between. What's been perplexing about responses to this column, however, isn't whether the analysis is right or wrong, wise or naïve, but that the very hint of optimism makes a fair number of people extremely angry. – Reuters

Dominant Social Theme: Things are getting better and we should try to be happy.

Free-Market Analysis: This is a great Reuters editorial by the "Edgy Optimist," because it takes aim at a central issue of our time – the ability of our top elites to continue to control the Western sociopolitical and economic narrative.

Of course, we have long predicted that this ability would wither in the face of a determined attack from what we call the Internet Reformation. Just as with the Gutenberg press before it, the Internet has made it very difficult for the world's most powerful people to continue to provide a credible narrative.

Reuters, like so much of the rest of the mainstream media, is focused on offering this narrative. Columns like" The Audacity of Optimism" are surely intended to buttress the larger panoply of elite memes with wise reflection and deliberate counsel.

In fact, this article provides us with a look at what it is like to support dominant social themes in an Age of Reformation. It's evidently difficult (as we surmised it must be) and perhaps depressing because one is provided a front-row seat to a cultural unraveling.

Over the past four weeks, we've had a run of undeniably good news. A panoply of data has shown that the U.S. economic system appears to be on firm ground. More people have jobs, albeit not necessarily sterling jobs, and the pace of overall activity as measured by GDP is at the highest level in two years, expanding at 4.1 percent annually.

On the political front, Congress passed a budget for the first time in more than three years, which suggests a period ahead where Washington tantrums do not threaten to upend whatever delicate equilibrium currently exists. And yet, an aura of unease still seems to hover over us ….

It may be, of course, that my optimism is misplaced. It may be that the United States is actually headed to hell in a proverbial handbasket; that Europe is in a brief lull before its next leg toward dissolution of the Union; that Japan's easy money spigot unleashed by the new government of Shinzo Abe will end with the same no-exit stagnation of the past 20 years; and the glorious story of emerging economies from Brazil to Mexico to India to China will end not so gloriously.

It may also be that whatever appears to be working in the developed world is in truth working only for a small minority – for the wealthy and members of the middle class in privileged urban areas, and for anyone tethered to financial markets and global commerce.

But possibly being wrong doesn't explain the anger my columns have provoked, in the form of email and online reactions. Weather forecasters and sports experts are routinely wrong about outcomes, and while those missed predictions can trigger some ridicule, they're not usually a recipe for rage.

Perhaps because it contradicts what many people believe. Positive views on the present are seen as a slap in the face by people who have negative experiences, which, according to some polls, is the majority of Americans.

Surveys suggest that more Americans than ever – 66 percent, according to one poll – believe that the country is headed in the wrong direction. Other polls say much the same thing. Two years ago the numbers were even worse. Americans of the past few years are less positive about the future than they have been at any point since the 1970s.

Wow. At least some of those who live in the mainstream media "bubble" are apparently starting to realize that no matter how perceptions are shaped, the underlying perspective is clearly less amenable to manipulation than previously.

Unfortunately, after this terrific start, the editorial falters, in our humble view. The article mentions that blacks and Hispanics are happier than whites about the future, thus presenting the weary idea once more that present-day grievances are rooted in a kind of consumerism. That if those whites who are unhappy were only doing a bit better wealth-wise, then a lot of discontent would be resolved. We doubt this is so.

Transitioning from this argument, the article presents the idea that in a world of "7 billion, any statement about an economic or societal trend is likely to differ from the actual experience of a great many people."

This is obviously a valid point but perhaps beside the point, as well. One would probably not have read this kind of article in the 20th century, or at least we don't think so. Thus, the issue is not people's different perceptions of the future so much as a different kind of galvanizer. We would suggest the Internet.

The final point of the article is that no matter the difficulties that people face, or their negative perceptions of the future, people ought to find a balance between "addressing real shortcomings and building on real strengths."

Optimism, as the theoretical physicist David Deutsch so brilliantly describes in The Beginnings of Infinity, doesn't mean surety about good future outcomes. Optimism is simply the certainty that any human progress to date has been a product of our collective ability to understand how things work and to craft solutions. The conviction that the present is a prelude to a bad future negates that collective ability.

Yes, we may indeed be at the end of the line, but by angrily dismissing optimistic arguments we are likely to fail more rapidly. Why bother striving for constructive change if you firmly reject the possibility? That leaves only one viable alternative: to envision a path forward. That path may not materialize, but striving to find it is a vital component of creating the future we dream about, and not the one that we fear.

Our rebuttal to this argument is that it misconstrues, perhaps willfully, what's going on. People are not angrily dismissing optimistic arguments, in our view; no, many are probably struggling with deep grief and anger over the realization that their lives and talents have been irredeemably misapplied because of a series of willful promotions.

These promotions are focused relentlessly around frightening people with the specter of scarcity. In turn, many will surrender wealth and personal power to globalist structures that have been specially designed to support expansive and internationalist governance.

The Internet has made this massive effort public, not just for a handful of people as in past epochs, but for millions, even tens of millions and more.

The anger comes from agony over lives wasted pursuing deliberately designed ephemera and falsely presented moral choices. The anger comes as well from the realization that many cherished beliefs were seen by those at the top of society as opportunities for further manipulation.

War, economic ruin, deliberately misleading educational curricula and other tools of what we call directed history have flourished in the past several hundred years.

It is virtually impossible to look back on this period without considering it a kind of Dark Age in which every facet of human endeavor was perverted in search of an expansive and determined globalism.

This is surely an abiding and growing anger, one that this article accurately captures. But it certainly doesn't capture the soul-destroying realizations behind the anger.

It is an anger limned by size of the lie; unfortunately, once one begins to measure, the dimensions seem agonizingly limitless.