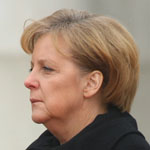 Kevin Rudd has denounced the unfettered capitalism of the past three decades and called for a new era of "social capitalism" in which government intervention and regulation feature heavily. In an essay to be published next week, the Prime Minister is scathing of the neo-liberals who began refashioning the market system in the 1970s, and ultimately brought about the global financial crisis. "The time has come, off the back of the current crisis, to proclaim that the great neo-liberal experiment of the past 30 years has failed, that the emperor has no clothes," he writes of those who placed their faith in the corrective powers of the market. – Sydney Morning Herald

Dominant Social Theme: New Labour will have its day.

Free-Market Analysis: So who is Kevin Rudd? He is a center left politician and Prime Minister of Australia, a country that does not quite have the clout of Britain within the Anglo-Saxon sphere of influence, but which is nonetheless a dynamic and important adjunct. Here is a little of what Wikipedia has to say:

Kevin Michael Rudd (born 21 September 1957) is the 26th and current Prime Minister of Australia and federal leader of the centre-left Australian Labor Party (ALP). Under Rudd's leadership, the Labor Party won the 2007 federal election on 24 November against the incumbent centre-right Liberal/National coalition government led by John Howard (see Howard Government). The Rudd Ministry was sworn in by the Governor-General, Michael Jeffery, on 3 December 2007.

The SMH article, excerpted above, in its entirety is filled with one odd factoid after another. But we find it interesting because we've been waiting for a statement about how the center-left leaders that run most of the world's Western governments these days are going to deal with the financial crisis. After all, as one of American President Barack Obama's top aides reportedly put it, "A crisis is a terrible thing to waste."

By reading a variety of tea leaves we have come to expect that suggestions for a new financial order will be rolled out by the suddenly authoritative G20 (group or gang – whatever – of 20 industrial nations) that was supposed to have a meeting in February. Now the next big meeting is supposedly set for April. But we think Kevin Rudd has given us a taste of what is to come. And, yes, we expected it because the gentlemen involved (mostly male, anyway) will want to float a variety of trial balloons in advance of any authoritative statements. British Prime Minister Gordon Brown did so recently at Davos – along with Angela Merkel and others – though his presentation was marred by the ring, several times, of his own cell-phone. An omen?

Anyway, Brown was a bit vague and Rudd seems a tad more specific. But the arguments he makes are truly political ones, in that they do not seem grounded so much in the facts as in polemics. Here's some more of what he had to say, courtesy of the Sydney Herald:

He argues that "minor tweakings of long-established orthodoxies will not do" and advocates a new system that reaches beyond the 70-year-old interventionist principles of John Maynard Keynes. "A system of open markets, unambiguously regulated by an activist state, and one in which the state intervenes to reduce the greater inequalities that competitive markets will inevitably generate," he writes. He urges "a new contract for the future that eschews the extremism of both the left and right". He mocks neo-liberals "who now find themselves tied in ideological knots in being forced to rely on the state they fundamentally despise to save financial markets from collapse".

He advocates tighter regulation and policing of global finances, and identifies the immediate challenge as restoring global growth by 3 per cent of gross domestic product, the amount it is expected to fall in 2009. Next week, as Parliament resumes, his Government will chip in with a second economic stimulus package. Mr Rudd commits to keeping budgets in surplus "over the cycle", meaning deficits should be temporary. In a further sign the Government is not contemplating additional tax cuts, which would deliver a permanent hit to revenue, he stresses that stimulus measures have to be paid for when the economy recovers.

Mr. Rudd singles out Thatcherism as a culprit, as well as the former Howard government. His essay implicitly attacks the Opposition Leader, Malcolm Turnbull, who this week urged the free market be allowed to dictate commercial property values as he slammed a Government measure to prop them up. Mr. Rudd's essay follows the blast Mr. Obama gave Wall Street bankers yesterday for awarding themselves $28 billion in bonuses last year at the same time as they were being bailed out by taxpayers. In a message to Mr. Obama and the US Congress, Mr. Rudd counseled against erecting trade barriers. "Soft or hard, protectionism is a sure-fire way of turning recession into depression as it exacerbates the collapse in global demand."

So there it is in one package. Rudd and those with his point of view – and that would seem to include many of the world's leaders including those in Russia and China – believe that more regulation is certainly necessary and that government has a vital role to play not only in stabilizing economies but also in reducing "inequalities" that the market inevitably generates.

But Rudd makes arguments in our opinion that are straw men, easy to erect and easy to knock down. The main problem is Rudd identifies the enemy as neo-conservatives and politicians like Margaret Thatcher. In fact, American neo-cons are in favor of an activist military, an activist federal government of great power and do not seek change in central banking or the expanding, global financial system. Margaret Thatcher, like Ronald Reagan, did much to disenfranchise the worst of the Western welfare state, but had nothing to say when it came to the world's banking monopoly.

Rudd would have us believe that it is market capitalism that has brought us to this place. In fact, it is the money press of central banking that inflated the markets of the Western world over decades. The collapse has been sudden, but fiat money collapses usually are. The solutions that Rudd and others are suggesting have little or nothing to do with the problem. They are answers to difficulties that do not exist.

Rudd, Brown – and soon the entire G20 – will eventually issue a call to arms that will require a good deal more government involvement in Western financial affairs. There has even been talk of setting up a United Nations' financial office to oversee new regulations (see other article).

Once upon a time, a 20th century Bretton Woods agreement placed the world on a quasi-gold standard and crowned the dollar as the global currency reserve. This new-style Bretton Woods will call perhaps for a diminished dollar reserve currency and much expanded regulatory powers for national and international financial agencies. Since these solutions have absolutely nothing to do with the real problem, which is central banking money stimulation, it is a fair to ask why such measures are being advanced. Also: whom do they benefit?