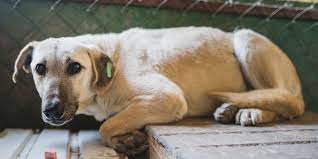 For years, the American Academy of Pediatrics (AAP) has stressed the importance of visual cues in childhood development.

In other words, young children develop language skills by seeing facial expressions in the adults they’re interacting with; when mommy smiles, it helps the child understand the words that she’s using, and that contributes heavily to overall language development.

The AAP had even published significant research on the topic, underscoring how critical it was for children to be able to see facial expressions.

But then COVID came along…

… and suddenly the “science” changed.

Over the last few weeks, the AAP has completely reversed itself, almost in 1984 style.

In a recent Twitter blitz, the AAP stated that “[t]here are no studies to support this concern” that, if adults wear facemasks when speaking to children, their language development would be harmed.

Amazing. After years of publishing the exact studies they’re talking about— that visual cues and facial expressions are critical to a child’s language development, suddenly the AAP claims there are no studies.

They even went as far as scrubbing their own website and DELETING THEIR OWN RESEARCH!

Perhaps even more hilarious is that, when the AAP was caught censoring their own research, they claimed it was because of an ‘unscheduled web migration.’

California Governor Gavin Newsom is being recalled, and voters will soon decide whether to replace him.

One of the challengers to replace him as governor is conservative talk-radio host Larry Elder.

Woke, rich progressives are naturally terrified that a conservative governor would take over California. So their defamation propaganda machine is working overtime.

The Los Angeles Times recently published an article, “Larry Elder is the Black face of white supremacy. You’ve been warned.”

One of the things I find completely ridiculous about that headline is that the LA Times was ‘woke’ enough to capitalize the ‘B’ in black, and make the ‘w’ in white lowercase. But at the same time they’re insane enough to say that a black man (Larry Elder) is a white supremacist.

Naturally, the article is devoid of any facts to actually explain what makes Larry Elder a white supremacist.

Instead, the author makes repeated reference to Elder’s “smug” smile.

The article does provide plenty of proof that Elder is a political conservative… which is not a secret.

But apparently being a self-avowed conservative is all it takes to be considered a white supremacist among the California media.

Speaking of California, the hopefully outgoing governor Gavin Newsom is asking the Biden administration for permission to use federal, Medicaid tax dollars to bribe drug addicts.

Newsom has proposed they reward recovering drug addicts with up to a few hundred dollars every time they pass a drug test.

A similar proposal in the California legislature would make the program state-wide, while Newsom’s plan would allow counties to choose whether or not to participate.

So just to be clear, the popular opinion right now is that if you refuse a COVID vaccination you should lose health insurance coverage that you have paid for. But if you choose to do drugs, you should be paid with federally-funded tax money.

What a different world spring of 2020 was…

Meanwhile, he was delivering daily press briefings to showcase his amazing leadership. And last November, the establishment propagandists in the entertainment industry gave Cuomo an Emmy Award for these press briefings.

But now, after being accused by 11 women of sexual harassment, Cuomo has resigned as governor.

One was a county judge in the Bronx who forced a man accused of shoplifting and drug possession to receive the vaccine as part of his sentence.

The other was a federal judge from Manhattan who required a defendant to be vaccinated as a condition for pre-trial release.

This judge argued that he had the power to force the vaccine since it is his job to determine who was a danger to the community. He said the unvaccinated pose an “enhanced risk of infecting other, innocent people and even potentially causing their deaths.”

This is COVID derangement logic. The judge is supposed to determine the threat to the community in relation to the charges. The defendant was accused of distributing drugs, not coughing on people.

Volunteers workers at a dog shelter in Cobar, Australia were set to rescue several animals from a dog pound located approximately 100 miles away in the town of Bourke.

But the local government council in Bourke didn’t want any mangy, disgusting, diseased human beings coming into their town.

So the town council of Bourke ordered the dogs to be shot to death. Yes I’m serious.

The council said it killed the dogs “to protect its employees and community, including vulnerable Aboriginal populations, from the risk of COVID-19 transmission.”