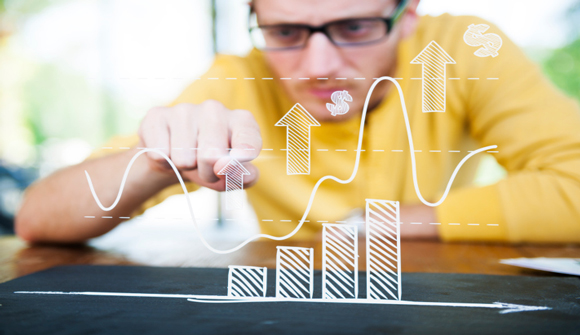 Tribal Warfare in Economics Is a Thing of the Past  … I still remember going to a graduate student barbecue my first month at the University of Michigan. I told a woman from another department that I was studying economics, and she asked me: “What school?” Blinking, I replied “This one. The University of Michigan.” That wasn’t what she was asking, of course. She wanted to know which tribe of economists I belonged to — the Chicago school, the Austrian school and so on. But to me, the question made no sense, because academic economists in this day and age are not actually divided into warring schools of thought. And it’s best that people stopped thinking about economists in those terms. -Bloomberg

This is wrong. There is no other way for people who understand economics to think about it except in terms of at least two warring groups. The article itself actually makes this point itself.

This divide was somewhat true in the 1930s, when debates were dominated by figures like John Maynard Keynes, Friedrich Hayek and Ludwig von Mises writing literary treatises about the Great Depression. But today it’s complete fantasy. The ideas of the original Austrians have diffused into the academic mainstream, while the few economists who still call themselves “Austrian” are a tiny, vestigial minority working at a couple of locations like the Mises Institute and George Mason University. Meanwhile, the word “Keynesian” is applied to a huge, diverse range of ideas, but few academics would put themselves in that ideological box.

This sounds as if the statement is  backing up the article’s larger point but it’s not. The telltale point, above, is where the article points out: “The few economists who still call themselves ‘Austrian’ are a tiny, vestigial minority working at a couple of locations like Mises Institute and George Mason University.

This is simply not true. One can minimize the role of Mises by calling it “tiny” and “vestigial” but this does not make it so. When one adds in the many individuals educated by Mises plus those eventually make career in the field, the amount of those influenced is large indeed.

Once upon a time, maybe 15 years ago, It was true that Mises was tiny. At the time founder Lew Rockwell was presiding over a group stunted by the establishment’s desire to bury “Austrian economics.” But Austrian economics has exploded in the past decade and more.

There are many reasons economics isn’t even slightly about Keynesians versus Austrians anymore. First, moshit economists don’t work in macroeconomics, and to these people the old debates are mostly irrelevant. Second, economics has developed a common language, heavy on math and statistics, that allows researchers to mix and match ideas from the old paradigms.  …

The free-market ideas promulgated by the likes of Milton Friedman, George Stigler and other Chicago luminaries of old have diffused into the general economics profession, where they have mixed with and been tempered by other ideas and traditions. The old Chicago School is no more.

This is more of the same nonsense. The Chicago School may have diminished but it was never a real school in the sense the Austrian school was. The Austrian school was born out of the new thinking back in the 1800s that gave rise to modern economics. Other modern schools rose up in reaction to it.

Today’s schools are math heavy but that doesn’t make them correct. Substituting math mumbo jumbo for reality complicates equations but doesn’t do much else.

Real Austrians are not big on math because math is often used to obscure the truth that economics cannot be used to forecast the future in most cases. Austrian economics is truthful economics because it explains that the market is at the center of economics, not anything else.

It is true that neo-Keynesian  economics remains a much larger discipline but that’s mostly because jobs are available for those willing to lie about their prospects.

In truth, economics always leads back to the market, and the market is not predictable.

Austrian economics has had a high-profile impact on economics just as it did in the 1800s and 1900s. That’s one reason the government again wants to ban it.

Conclusion: But you can’t kill a good idea. You can delay its fruition but not forever. Austrian economics will continue to move ahead.