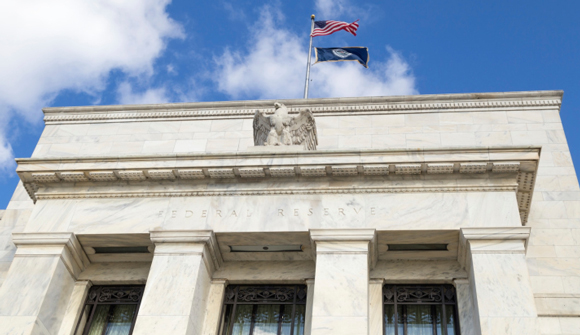 STAFF NEWS & ANALYSIS
Autonomy Has Nothing to Do With It
By Staff News & Analysis - March 19, 2015

Central Bank Autonomy Is Under Attack … Current events in Cyprus and Turkey hammer home a point that former Federal Reserve Chairman Alan Greenspan made in the memoirs he published in September 2007. Central bank independence, Greenspan said, is "not set in stone." Left unsaid was the fact that it should be. Against an ever-shifting political backdrop, monetary policy can provide a bedrock of economic certainty — but only if central bankers can discharge their duties without fear of government interference. – Bloomberg

Dominant Social Theme: It's a kind of sacrilege to let a politician near a central bank.

Free-Market Analysis: Several news items on the central banking front. As we can see from the above news excerpt, Cyprus is making threatening noises regarding its monetary nexus.

President Nicos Anastasiades is, in fact, in the process of removing Governor Chrystalla Georghadji. Her husband is entangled in a lawsuit with Laiki Bank and Georghadji failed to disclose it. This makes her vulnerable to removal – and Anastasiades wants to do just that.

Meanwhile, US Fed head Janet Yellen rendered the bank's latest momentous decision on interest rates on Wednesday after a Federal Open Market Committee meeting, and the verdict was remarkably … mixed.

Or as the Drudge Report put it in a lead headline … "Confusion."

Yellen and the others chose to remove the word "patience" from a rhetorical summation of the state of the economy. By removing the word, Yellen was indicating that an interest rate hike was closer than ever.

Yet, Yellen's language regarding the economy itself was remarkably subdued. She said growth had slowed and the employment picture was dimming a bit.

On the one hand, the Fed is not prepared to be "patient" regarding rate hikes. On the other, the Fed is not going to raise rates in the near future because economic growth didn't warrant it. Yellen giveth and taketh away …

While the policy-setting Federal Open Market Committee dropped a commitment to be "patient" when raising rates, a key shift was policy makers' lowering of their median estimate for benchmark borrowing costs during the next two years, according to Brian Smedley, an interest-rate strategist at Bank of America Corp. in New York. The fresh set of estimates reduced the median for the federal funds rate at the end of 2015 to 0.625 percent, compared with a December forecast of 1.125 percent.

Why didn't Yellen just leave the word "patient" alone? Probably because Fed watchers and commentators were expecting her to make some rhetorical progress regarding the US's continued economic "recovery."

Yellen has been consistently touting that recovery, yet the Fed's timid stance regarding even the tiniest rate increase has belied the Fed's soothing rhetoric. Removing "patient" keeps the critics at bay at least for another month.

Which brings us back to the Cyprus article – and the Bloomberg editorial (see initial excerpt) that is strongly making the point that central banks need autonomy.

Of course, this argument doesn't take into account the central banks of the two most populous countries in the world – India and China. In both cases, the central bank is a political entity and cannot be said to be independent at all.

And it doesn't take into account Yellen's dithering, either. The Fed verdict shows she is remarkably attuned to both media commentary and Wall Street mutterings regarding her tenure.

One could say, in fact, that the Fed was an entirely political animal, no matter its "independence." Fedbank politics are simply different than Fedgov politics. But politics they are and will remain …

Which makes this recent Bloomberg editorial regarding Cyprus even more questionable. The rap on Cyprus – recently bankrupt if you recall – is that it won't leave its central bankers alone.

Bloomberg, in fact, is using Cyprus's fate as a warning to US politicians to let the Fed be. This is because there are several bills pending that would either subject the Fed to a potentially damaging audit or remove certain authorities from the Fed altogether.

But back to Cyprus:

This wouldn't mark the first time the government has gotten rid of an interest-rate chief it didn't like. One year ago, it engineered the resignation of Panicos Demetriades who was also accused of mishandling his involvement in Laiki Bank's collapse. Demetriades had been appointed by the previous administration; once in office, Anastatasiades made no secret of his desire to oust the central banker. Now he wants to dispense with the services of Georghadji, a former attorney general who's being investigated by her successor.

The idea here is that Anastasiades is using intimidating tactics to create de facto control of the Cyprus central bank. And not only does the article disapprove of these tactics, it cites Turkey as an example of what can happen when politicians try to "steal" central bank autonomy.

The article points out that the Turkish government has been "leaning" on the central bank to cut rates. In turn, we learn, investors have punished Turkey by driving down the price of the national currency.

Cyprus needs to take care or investors will begin to flee the island, taking their cash with them. Such is the fate of regions that do not respect central bank "autonomy."

Yet how seriously can we take such arguments when the US central bank – notoriously independent – has seen the markets focus manically on a single word – "patient."

This is the end-result of independent monetary policy: An academic sounding woman droning on at length about the "news" that the Fed has decided to be less patient about interest rates while at the same time doing nothing to raise them.

Central banks are surely questionable appendages of monetary science. They posit that a tiny group of people can use backwards-looking data to reach forward-looking decisions about the price and volume of money.

Not only that, but such pronouncements have the force of law, which qualifies them as price-fixing. Price-fixing inevitably distorts economies and creates bad results. In the 20th century, central banks have created enough ruin to generate a 21st century world bereft of jobs and solvency for vast swaths of helpless people.

The system doesn't work. More and more people know that. It's not a system that can be fixed, reconfigured or revamped. None of it will make a difference. Perhaps future historians will be able to explain how it managed to take over the world. .

In the meantime, we can say one thing regarding central bank efficacy and dysfunction …

Autonomy has nothing to do with it.