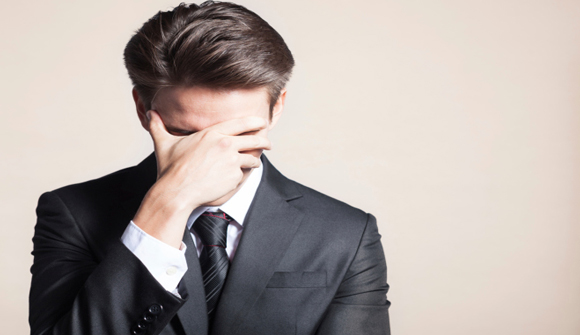 It was late spring of 1348 when a small ship departed from the port of Gascony in Southwestern France, destined for Dorset County on the English Channel.

The ship was carrying basic provisions and goods for trade.

But unknown to the sailors, dockworkers, and the locals in Dorset County, the ship was infested with a nasty bacteria called Yersinia pestis, also known as the Black Death.

The disease spread rapidly; it vanquished Briston, then London, then eventually all of England. And modern historians estimate that between 40% and 60% of England’s population died as a result of the Black Death pandemic.

The economic fallout was devastating. Most people were terrified to leave their homes. And the few people who were willing to work demanded higher wages.

But King Edward III wasn’t having any of that.

So on June 18, 1349, King Edward issued the Ordinance of Laborers, which specifically forbade workers from earning any more than their pre-pandemic wages.

Essentially the king was trying to fix an extreme labor shortage by imposing wage controls. Genius!

Not to be outdone by her predecessor, Queen Elizabeth passed the Statue of Apprentices more than two centuries later in 1563.

Similar to the Ordinance of Laborers, the Queen’s law made it compulsory to work. She also fixed wages and made it illegal to either quit your job or to fire an employee.

Workers were also forbidden from leaving town without permission from both their employer as well as the local magistrate.

It’s remarkable that both of the monarchs truly believed their decrees would work.

Obviously today we know that anytime a government tries to fix wages, prices, and labor, they just make a giant mess.

Their sole priority was stability– maintaining the status quo.

Remember, the people in power honestly believed that they had some divine right to leadership. So they wanted to make sure that peasants would remain peasants, and nobility would remain nobility.

This social order was to be preserved at all costs. And their laws ensured there would be no upward mobility, nor any business competition that could disrupt the status quo.

The historical record of these laws is abysmal. King Edward’s ordinance eventually led to a major Peasant’s Revolt, and Elizabeth’s statue resulted in widespread poverty and inflation.

And that brings us to today, where inflation has reached its highest level in more than 30 years.

This is not an accident, nor is it a surprise. It is the result of bad priorities, bad ideas, and bad execution.

They started with the sole priority of protecting everyone from a virus– no matter the cost.

Anytime politicians say “no matter the cost” you already know the outcome is going to be bad. It means they’re not acting rationally to weigh the costs and benefits, i.e. bad priorities.

They compounded the issue by polluting the data. One of the stimulus bills, for example, required Medicare to reimburse hospitals more money for Covid cases, essentially creating a financial incentive to inflate the numbers.

Even the CDC acknowledged that 94% of recorded Covid deaths had an average of 2.9 additional causes of death.

According to the CDC’s own data, in fact, more than 15% of recorded Covid deaths listed dementia as a co-morbidity.

I’m not trying to downplay Covid in any way; so many people have died because of it. I know several and I’m guessing you do too.

My point is that it’s virtually impossible to create sound public health policies if the data used to support those policies is so polluted.

And that leads us to the bad idea bus.

Then the central bank created more money than in any other year in US history except for 1943.

The government then used this money on endless bailouts and poorly executed programs, like PPP, which were rampant with fraud and abuse. The national debt hit yet another record high.

19 months later there are still millions of people who don’t want to go back to work, leading to massive labor shortages in nearly every sector of the economy.

Yet many people who are willing to work are not allowed to do so because they’re not vaccinated.

This is basically Elizabeth’s Statute of Apprentices all over again. It’s just bad priorities, bad ideas, and bad execution all compounding together.

And it’s not just one bad idea. This is an operatic performance of terrible policy ideas all shrieking together at the same time.

But even still, their work is not yet complete.

Now they’re working diligently to pass even more destructive tax legislation, which will create new disincentives to invest, start businesses, and create the necessary goods and services which can bring inflation back down.

(Competition is a major counterweight to inflation; when governments destroy competition, they encourage inflation as a result.)

On top of everything else, they’re now even considering making a $450,000 payment to every illegal immigrant who was separated from their family while illegally crossing the border.

Bad priority. Bad idea. And it most likely will be badly executed.

This is not an isolated event; this is the way the government consistently does business. And it is a major reason why you ought to think about a Plan B.