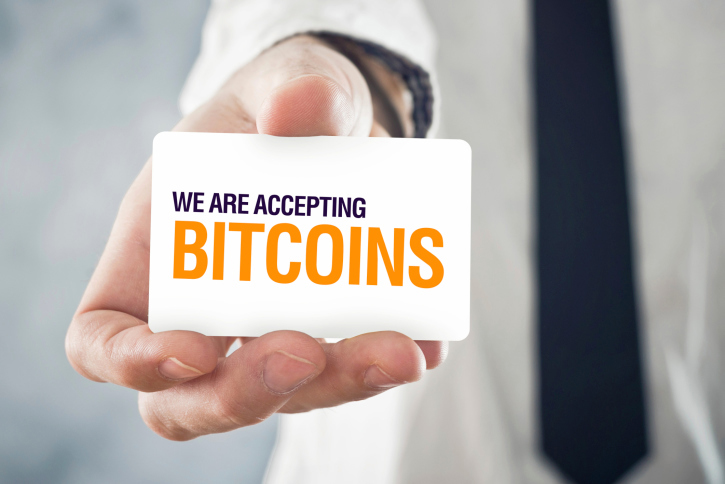 Bitcoin revolution could be the next internet, says Bank of England … The Bank of England has unveiled analysis of cryptocurrencies like Bitcoin that suggests electronic money could cause a tectonic shift in the payments industry. – UK Telegraph

Dominant Social Theme: Bitcoin could be the next national money.

Free-Market Analysis: We don't see how central banks can issue bitcoin-style cryptocurrencies without compromising most or all of the features that make it attractive.

Bitcoin is neither issued nor backed by one central authority, as modern fiat is. Bitcoin is anonymous in an era when central banks and banking facilities are insisting on full transparency. It is not infinitely print-able either – there is a cap on it, though there are divisibility possibilities to be sure.

We have an idea as to what Bank of England has in mind, however. First, a little more:

The arrival of electronic currencies could revolutionise the way Britons pay for goods and services, in much the same way as the internet shook up how we access information, the Bank of England has said.

Cashless forms of payment like the cryptocurrency Bitcoin "potentially combined with mobile technology, may reshape the mechanisms for making secure payments", the central bank said. While traditional currencies, including the pound, are backed by central banks, new alternatives have allowed individuals to exchange directly without any such third party.

The Bank could itself create digital currencies, making the new system available as it does with banknotes today. Research would be necessary to develop the technology "without compromising a central bank's ability to control its currency and secure the system against systemic attack", the Bank said.

If one understands anything about bitcoin or monopoly fiat money, the above description seems to be a confused one. The whole idea of decentralized currencies like bitcoin was to ensure that the currency could not be captured by a central bank, nor debased by one.

If the bank itself created digital currencies and then made them available, how would this differ from today's system? The only difference would be presumably that the currencies themselves would reside on the Internet and that a block chain would track them.

This brings us back to points we have made previously about bitcoin: It is trackable … anonymous or not. Please remember, Bitcoin's famous "blockchain" is a public ledger. Any bitcoin transaction is listed there.

Bitcoin is currently anonymous at least partially, though that may not last. Anyway, it is hard to believe that a bitcoin facility launched by a central bank would also be anonymous.

The blockchain is a very unappealing aspect of bitcoin because of its accessibility to tax collection agencies. Even if one is scrupulous about taxes, the delineation of a chain of transactions gives agents a record that could be abused, repurposed, etc. were it revealed.

The article goes on to explain that the idea of electronic currencies "has gained pace in recent weeks." Greece's new finance minister, Yanis Varoufakis, is said to be a fan. He has postulated that such a currency could be a weapon against deflation.

Pardon? This means the current central bank thinking is tearing at the limitation that bitcoin supposedly operates under. Leaving aside further divisibility, bitcoin is capped at 21 million – but Varoufakis obviously has in mind something other than a hard cap.

If a currency is to be a weapon against disinflation, that currency must include a flexible cap. In other words, bankers must be able to print as much of it as they want. Bitcoin, as Bank of England seems to see it, would not be anonymous, would include a blockchain and would be uncapped.

So what would be the advantages? From a customer and bank standpoint, an electronic currency like bitcoin could make transfers a good deal less expensive and more efficient than they are now. Bitcoin transactions avoid the painful three and four-day waits that a wire entails these days.

Of course, this is one more reason why such a currency would not be anonymous. The central bank would insist on a tracking protocol. The advantage is that the banking system could track money transfers in real time and do away with wire service delays.

The article seems to focus on money transfers and even at one point explains that such a system could threaten Western Union.

Thus we have probably come to the real reason that Bank of England is interested in a "bitcoin" style facility. It will speed up money transfers while still allowing the banking industry to keep track of who is paying who – and where.

The bitcoin-style system being contemplated is likely one that will not be anonymous nor capped. It will provide more efficiency when it comes to money transfers – and this may have the effect of reducing transaction volume now being lost to bitcoin.

Bank of England styles this as a bitcoin-type cryptocurrency but the idea may be to strip such a currency of many features that make it attractive. One does not have to be a criminal to seek anonymity in one's business affairs nor to seek a stable currency that cannot be debased into valuelessness.

This may be a potential pathway down which central banks can travel, shedding their fiat structures, old-fashioned regulations and debt obligations. A new efficient, electronic currency can rise out of the ashes of the old. It may have more benefits for the issuers than the users, however.