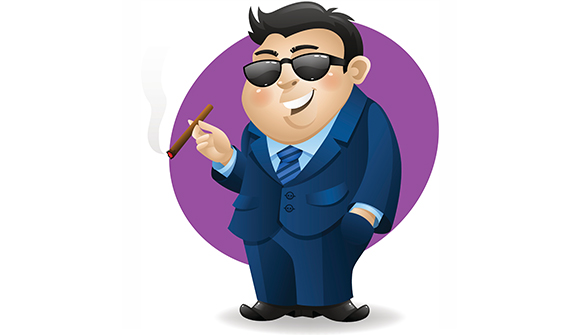 Bank of England new governor Carney makes fans in first week At the end of his first week at the Bank of England, Mark Carney appears to have impressed the markets, economists, and even a group of determined female protestors. Since the new governor got his feet under the desk on Monday morning, the FTSE 100 has risen around 6%. Economists welcomed the moves towards "forward guidance", of which we got a taste on Thursday. The hint that base rates are unlikely to rise soon sent shares soaring. At the same time the pound took a pounding, dropping below $1.50 on Friday. "But that was all part of the intention," said Vicky Redwood, chief UK economist at Capital Economics. Weaker sterling makes the UK's exports more competitive, and so boosts the economy. "It was a good week for Mark Carney, and he hit the ground running," she said. – BBC

Free-Market Analysis: We were tipped to what was in store for the Bank of England's new head Mark Carney when former top banker Mervyn King described him as the "best central banker" of his generation.

This was a phenomenally unusual description and seemed to us to have been a description deliberately chosen for purposes as yet unknown. But now we are starting to understand it.

As we've tracked Carney's adulatory ascension, we've noticed a remarkably different tenor about it. Carney is being positioned as a combination of a movie star – George Clooney – and all around good-guy working stiff who takes the "tube" to work where he spritzes those around him with a bit of central-banking, black-magic dust.

Since there is nothing that happens in politics or central banking that is not deliberate, we have to assume we're seeing a remarkable change in bank policy. And we are not surprised.

Central banking is a disaster, and the longer it continues the worse it gets. At some point, policy changes have got to be made. Initially, it was enough to portray bankers as mysterious technocrats who could not reveal the workings of the inner sanctum for fear of jeopardizing the results.

But the results are in by now after a century of central banking. They are so evidently and obviously abysmal that those shadowy globalists who stand behind central banking have obviously decided changes are necessary. Ben Bernanke with his cheerful, cautious disposition and his predilection toward cautious transparency was in retrospect the progenitor of this new type of central banker. Carney is Model II.

As we've documented, Carney has been subject to an unprecedented amount of hype during the first week of his tenor. This BBC article not only extends the adulatory coverage into the second week but is also self-referential, citing its own previous back-patting articles as evidence of the success of Carney's entrance.

The new governor also managed to win over one group of women who were determined to go into battle with him. Faced with the news that no women would be featured on the next issue of pound notes, they had collected 33,000 signatures, demanding that the Bank reconsider. By Wednesday, Governor Carney had not only announced there would be a development on that front before the end of July, but he had also agreed that the Bank would meet the protestors.

The women had been asking for a meeting with the Bank since April, but had received no reply. Nevertheless they went ahead with a protest on Friday outside the Bank of England. But it was clear the wind had already been taken out of their sails. "He has not yet confirmed that there definitely will be a woman on a banknote," said Caroline Criado-Perez, who organised the petition through Change.org. "But there's definitely a shift in rhetoric, so that's really positive," she told the BBC. "He is clearly a smart guy," she admitted.

Even before Mr Carney had arrived at the Bank of England, his looks were being compared to George Clooney's. Rarely has a man been of such interest to the media that even his wife's views on tea-bags merited a few column inches. Then there was the revelation that he had his feet under the desk by 7am on his first day in the office. That, along with the news that he got there by way of the Underground, helped endear him to London's early-rising commuters.

Especially the detail of how he, like every city worker before him, got a little lost in the maze of exits from Bank tube station. But Vicky Redwood thinks his good week may largely have been a case of serendipity. "The economic news this week has been good," she said, referring to positive reports from purchasing managers, an upbeat house price survey from the Halifax, and good news on US jobs. "However, he persuaded the committee to take the first step on forward guidance, and that's an achievement. You can see his impact on the markets," she said.

Carney has it all. The looks of George Clooney, the modesty of a working man, the suffragette-style boosterism of a man who is determinedly anti-chauvinist. He is a hard worker, early to rise and has a great command of central-bank technocratic science, as evidenced by his implementation of the new central banking of "forward guidance."

Of course, forward guidance is nothing more than giving the press a vague sense of where market policy may be headed – enough to provide insights without setting policy "into stone." That this sort of thing is seen as a great – and brilliant – breakthrough is typical at the level at which Carney's PR is functioning. He is being portrayed as a kind of central bank Renaissance Man – good at virtually everything.

This won't last, of course. Eventually, the reality of central banking will catch up to Carney – and the reality is that central banking doesn't work and that the system itself is broken. Let rates go up even a little and countries like Britain and the US will see their interest payments soar. There are considerable strictures on what central banks can do these days.

Carney's positioning certainly provides us with significant insights. The credibility of central banking – if not its efficiency – is to be salvaged by a New Breed of banker who will make up in the departments of charm and good looks for what is lacking when it comes to actual achievements.

What is startling and disturbing, given the importance of central banking to the world's economy, is that those running the show – whoever they are – have no better answer to grave economic problems than a kind of Charm Offensive.

In the long run, Carney is not going to be able to stave off the creeping ruin caused by monetary price fixing with a smile, no matter how dazzling. That this sort of thing seems to be contemplated reveals only the weakness and desperation of those who want the system to persist.