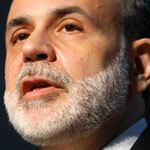 A senior Bank of England official today compared the banking system over the last 20 years to the South Sea bubble of the early 18th century and said bankers had merely "resorted to the roulette wheel" to keep up with each other. The Bank's executive director for financial stability, Andy Haldane, said in a speech in Chicago that having been stable over much of the 20th century, returns in the banking system relative to the wider stock-market shot up after 1986 until 2006. "Banking became the goose laying the golden eggs. There is no period in recent UK financial history which bears comparison," he said. He said bankers and policymakers became seduced by the excess returns available: "Banks appeared to have discovered a money machine, albeit one whose workings were sometimes impossible to understand. "One of the South Sea stocks was memorably 'a company for carrying out an undertaking of great advantage, but nobody to know what it is'. Banking became the 21st-century equivalent." He said banking returns over the period were magnified by leverage as banks borrowed excessively, he said. – Guardian

Free-Market Analysis: We have been lonely! (It is often a lonely task to help write the Daily Bell.) Seemingly all alone, we have pointed out over and over that the banking system worldwide is a BUBBLE. Plenty of people, including ourselves, have written that central banking created all sorts of bubbles including money bubbles, stock bubbles, financial bubbles, mortgage bubbles etc. But none of them, to the best of our knowledge, pointed out the banking industry itself is locked in a bubble.

European and American banks with their hundreds of thousands of employees and coast-to-coast banking networks are as overextended as, say, Starbucks was before the economic crisis, in our opinion. In vain, we waited for confirmation from others. We soldiered ahead. We restated the premise. Banks worldwide are in a bubble and remain so. … And finally, one voice rings out of the ether to confirm our point of view. And whose is it? Why the Bank of England's! We are truly tickled. (Like you dear reader, we don't believe something truly exists unless a central banker says it.) But still we have differences with the Bank of England in that its adherents apparently believe the bubble has subsided. We beg to differ. It has not because it cannot.

The reason why banking is a bubble industry and remains in a bubble is because the industry is supported in large part by its central banking mechanism which is itself propped up by its governmental associations. Of course, there is a further point to make here, which is that government itself is a bubble business. Government continually expands without surcease and never lets even one of its subsidiaries go out of business. Government is the biggest bubble of all, but banking remains, perhaps, the second biggest. Or perhaps they are really just one big, inter-linked bubble. It is the central bank, with its curious private/public status, that makes it so.

Part of the definition of socialism as well as fascism (almost any ism) has to do with the conflation of private and public entities. It is the use of the color of law to insulate a private institution from the vicissitudes of the marketplace that creates, ultimately, a command-and-control economy. As Ludwig von Mises famously pointed out, over time, it is not possible to have just a little bit of socialism. Socialism develops more socialism. What begins with a little socialism ends up with a lot. He might just as well have been speaking of fascism or of government involvement in general, in the private sector.

Because central banks are so familiar to us, we do not necessarily perceive that the interaction between government and central banking is essentially a socialist concept. Government commissions private bankers to create money privately and protects the monopoly franchise with its power and authority. This is the essence of a private-public partnership, operating at the heart of capitalism. It is the big reason why Western democracies continually devolve away from free-markets and why despite the best of intentions those who are proponents of free markets have difficulty translating their arguments into reality.

Because socialism lies at the heart of Western democratic capitalism, the banking system itself is never truly cleansed. It lurches from one crisis to the next – especially the big money center banks that are not allowed to collapse. The system never truly corrects. In fact, if the system had been allowed to correct in the past year, probably about 90 percent of it would have been wiped away – so far as we can tell. The system was truly frozen and banking shares were going for pennies. In both America and Europe the banking industry was basically finished. Nobody believed in it and no one was lending to it. Heck, the banks wouldn't even lend to each other and many won't to this day. The choices that had been made, the investments consummated, the funding committed, all of it was for naught. The market told us the banking industry had failed and needed to be cleansed. Instead the leaders of the industry, the captains of finance and those who ran the American and European central banks, doubled down. They printed more money and salvaged what they could.

And now comes Andy Haldane to admit what you already know, dear reader, that the banking industry is the biggest bubble of all. Of course, he claims it is all over now. The bubble has successfully been lanced, he says. He draws this conclusion based on equity valuations of big money center banks. We find this hard to believe. The stock market is no less a ward of government now than the banking industry itself. The market, these days, inevitably rises or falls based on the quantity of money stuff that central bankers decide to print. Since central banks have printed trillions over the past year – and stuffed money center banks to the gills with electronic money – securities marts have begun to rise. Sooner or later the amount of money will float to big commercial banks as well. They are too-big-to-fail and this is bound to be extraordinarily advantageous for their businesses and their lines of funding from institutional investors, etc.

Government and central banking leaders did not "salvage" or "save" the Western banking system from a meltdown. On the contrary, they perpetuated an endless bubble that will continually re-flate. Because of this, the events of the past two years are bound to re-occur, no matter what regulatory "solutions" are put in place. Knowing that the banking structure of the Western world remains in peril, savvy investors ought not to be lulled by central banking nostrums or government assurances that the worst is past. Remember please that gold, especially, hovers at an all time high and likely will go much higher – as the banking industry bubble reflates, the banking troubles continue and the faith of the general public in all major Western fiat currencies continues to erode. Yes, there was a banking bubble. No, it has not gone away.