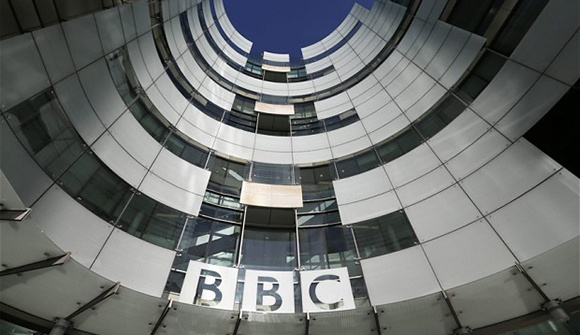 ‘Serious failings’ at BBC let Jimmy Savile and Stuart Hall go unchecked … Dame Janet Smith report finds ‘climate of fear’ at BBC ‘Macho culture’ led employees to keep quiet … She concluded that “an atmosphere of fear still exists today in the BBC possibly because obtaining work in the BBC is highly competitive and many people no longer have the security on an employment contract”. –The Guardian

We can see from the above excerpt that a two-year investigation into the BBC has concluded with a statement that, “an atmosphere of fear” reigns at the media giant that allowed Jimmy Savile and Stuart Hall “to sexually abuse nearly 100 people without detection for decades.”

While the report’s conclusions seem valid, in reality they confirm a much more powerful and fundamental difficulty with the BBC, which is that like almost all Western media outlets, it is a facility of elite propaganda for the warfare/welfare state.

We call this propaganda “directed history” and have found it to be ubiquitous in the past century. Propagating directed history is the main priority of the BBC.

The BBC is very good at producing such propaganda, lying convincingly about the wars that elites create to further their underlying agenda of internationalism.

Education, justice, science, law enforcement, publishing and political and military policy have all been designed by the application of tremendous sums of central-banking money to conform with power elite goals and objectives.

The result is that if top Western elites want the world’s events to work in a certain way, they do.

This is “directed history.”

First comes a manufactured event – a “false flag” – and then comes the sought-after result: academic and media responses to the false flag demanding that something “must be done.”

The “doing” is by elite agents of regulatory democracy putting in place the appropriate legislation that is then enforced by state power. At every level, elite facilities function to promote what is necessary.

Inevitably, this directed history produces results that buttress the main goal of modern-day elites, which is to create an ever-more powerful global judicial, regulatory and economic environment across the world.

Watch the BBC to see propaganda in action. If a commentator or guest tells the truth about UK and Western sociopolitical and economic policy, they are often dealt with harshly. They are fired or do not return as guests.

The BBC is just one of a number of high-profile media conglomerates that produce elite propaganda on a regular basis.

This state of affairs was recently noted by conservative-libertarian columnist Paul Craig Roberts in a recent, hard-hitting article entitled, “Do Americans Live In A False Reality Created By Orchestrated Events?”

The article begins this way:

Most people who are aware and capable of thought have given up on what is called the “mainstream media.” The presstitutes have destroyed their credibility by helping Washington to lie …

Despite glaring inconsistencies, contradictions, and security failures that seem too unlikely to be believable, the “mainstream media” never asks questions or investigates.

Roberts makes the point that the mainstream media has destroyed its credibility by its “complete acceptance of whatever government authorities say about alleged ‘terrorist events,’ such as 9/11 and Boston Marathon Bombing, or alleged mass shootings such as Sandy Hook and San Bernardino.”

In the 20th century elite propaganda was accepted by the masses, partially because there was no avenue to rebut what was being disseminated. But in the 21st century, alternative viewpoints have circulated on the Internet regarding elite directed history and have cast much of it into doubt.

This is the reason for surveys in the US that suggest fewer than 10 percent of Americans believe the federal Congress to be trustworthy.

Lately, as Roberts suggests, various elite false flags have been thoroughly debunked by alternative media analyses that reach tens of millions of readers. The result has been a wholesale decoupling of the elite narrative from mass support. Fewer and fewer believe the messages that they are receiving.

Even if they cannot verbalize the lies, Americans know they are not being told the truth. The results are manifold and resonant. The same process is taking place in Europe – and probably China too.

For instance, the mainstream media is describing the US presidential elections as being afflicted by the “anger” of the electorate.

This is a far too simple analysis of what is going on. People are not merely upset. They are aware, finally, that they have been profoundly lied to on almost every level.

From their jobs to their social and family lives, to the way they save money and prepare for retirement, people are steadily realizing that their perceptions have been inaccurately molded by education and the media.

They have been lied to as part of an institutional process.

The “anger” the US electorate increasingly feels is quite specific. The culprits are most of the main facilities of the West: education, politics and the economy.

In his article, Roberts is especially emphatic about the media’s responsibility for misleading the US public. He writes:

… The “mainstream media” never asks questions or investigates. It merely reports as fact whatever authorities say. The sign of a totalitarian or authoritarian state is a media that feels no responsibility to investigate and to find the truth, accepting the role of propagandist instead.

This is a fundamental point. The modern structure of the Westerns state is profoundly authoritarian as a result of elite restructuring over the past century.

People didn’t realize it before but they are becoming aware of the entirety of their manipulation and its perpetuation.

Roberts concludes his article by indicating that it is the tremendous funding from central banks that has allowed the wholesale terra-forming of Western culture to support elite narratives. He writes:

Today science funding is heavily dependent on the federal government and on private companies that have federal contracts … The government has us where it wants us—powerless and disinformed … Mainstream journalists cannot question and investigate and keep their jobs. Scientists cannot speak out and continue to be funded.

Every part of modern society has been constructed to promote elite viewpoints. This even extends into people’s intimate lives.

Not only have various kinds of sexual activity been criminalized through the use of arbitrary ages of consent, pornography itself is undergoing a process of criminalization in the UK as the Tory administration makes “opting in” necessary to view pornography.

By insisting on an “opt in,” the Tory government is able to collect information on who is looking at pornography.

Additionally, the government has been adding alternative media websites to the “opt in” list to reduce viewership and create various degrading connotations.

It is difficult even now to be fully aware of the comprehensive nature of one’s exposure to elite propaganda and how it has affected one’s personality and belief structure.

There are antidotes, though. The main one is to try to seek personal and financial independence by taking logical steps to increase one’s sociopolitical and economic freedom.

One can read more deeply about “human action” and facets of free-market thinking in order to deprogram oneself from the many elite memes that have firmly lodged in one’s consciousness. For many it will be nonetheless a worthwhile and enlightening process.

Conclusion: Action is necessary as well. Acquiring precious metals and creating alternative lifestyles and resources abroad are two ways to decrease one’s dependence on the current state structure. Consider these steps, and more …