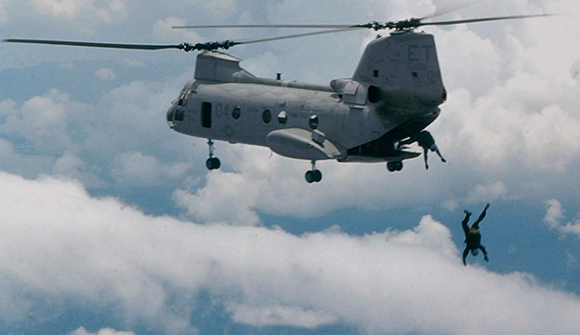 Bernanke sets major challenges for his successor … Now comes the hard part. Fed Chairman Ben Bernanke's announcement that if the conditions are right he will wean the U.S. economy off quantitative easing within a year has already caused consternation in the stock market. Pumping money into the system by buying back government bonds at the rate of $85 billion a month has lately done little good, which is a persuasive reason to wind it down. But getting from here to there without incident is not going to be easy. It was simpler for Howard Hughes to land his gargantuan super-plane, the Spruce Goose. Flooding the economy with easy money was meant to encourage businesses to borrow and invest. Instead, banks and businesses have ended up hoarding cash, waiting for a recovery to start before they take the plunge. Or the surplus money has been parked in stocks, lifting the market to an unprecedented, unsustainable high. That is what happens when you have a one-trick economic policy, dickering with the money supply and little else. – Reuters

Dominant Social Theme: Okay, listen up. We didn't say this before, but now we're worried. Listen to us. Trust us. We're gravely concerned.

Free-Market Analysis: This Reuters opinion piece makes a lot of good points. But we don't agree with the ending. Don't skip ahead, though. We'll take you through it logically.

To begin with, a point made throughout is that Ben Bernanke's successor as head of the Federal Reserve is going to have a very difficult time of it.

And therefore, the larger message that informs this mostly sensible article (until the end) is that the system we've got in place to "manage" the economy really doesn't work very well.

The article's tone is grave and concerned, just as it should be. It even makes the same points that we've just made in our lead article today (and have made for many years).

The problem we have is why now? Why write this kind of article today?

Because it is newsworthy?

Why not write articles like this when things seem better and people have the leisure to contemplate. Perhaps by doing so, you can effect some change, or at least contribute to the possibility.

We guarantee over the next months and years we'll see other articles like this in the mainstream press. But, Good Lord, for how long does this have to go on?

For how long will groups of good, gray men gather in conference rooms to create conditions that bankrupt everyone else? And how many continued adulatory articles about their monetary mayhem will we have to wade through?

At least this article makes a pretense at reality. Here's more:

As Keynes liked to say, you can't get fat by buying a bigger belt. But stopping the flow of cheap money and hinting at an eventual increase in interest rates has consequences and they may be uncomfortable. The first to get the jitters is the stock market. Even before Bernanke's announcement, his previous hint that QE would be "tapered" sent a shiver through Wall Street.

… As the Fed withdraws from the government bonds market, yields are going to soar. To ensure a smooth landing, Bernanke must be careful to ease his foot off the gas without letting inflation rip. Sound money economists have been issuing jeremiads since QE started, warning of a boom in prices that never came.

… In fact, the decision to halt the QE program has not yet been made by the Fed board. Bernanke was careful to say QE would end only if growth picked up, if inflation moves closer to its 2 percent target, and if unemployment continues to drop below 6.5 percent. That's a lot of ifs.

But the timetable he set for the abandonment of QE if all his conditions are met is surprisingly quick, starting by the end of the year and winding up by the middle of next. That timetable does not take account of perhaps the most important factor of all: who will be in charge of the Fed once Bernanke leaves. His second term as Fed chairman ends in January and he has let slip he is no Franklin Roosevelt. He does not hanker after a third term.

The president confirmed to Charlie Rose this week that Bernanke has "already stayed a lot longer than he wanted or he was supposed to." So the choice of who to succeed him is a pivotal decision, not just for the health of the American economy but for the world economy, too.

… The first grisly task of the new man or woman will be to win confirmation from the Senate. For many who get to ask the questions, the Fed chairman hearings will be a golden chance to show off their conservative economic credentials and pander to those whose faith-based economics leads them to believe America can operate without a government. What is not on offer come January is the end of the Fed guiding economic policy.

Those who believe government can abandon the management of the economy are living in their dreams. What Bernanke made clear in his statement is that the new chairman's real options are minimal. Everyone now agrees that QE, whether good or bad, should be wound down. Getting the pace wrong, too fast or too slow, will hamper the recovery. The next Fed chairman must phase out QE while encouraging growth, curbing inflation, and fostering employment. What is needed now is a new face at the Fed who can negotiate the hazards and lead America back to prosperity.

Did you catch the way the rhetoric flips at the end? That's what we referred to previously.

We get a great summation of the terrible problems facing the West's top central bankers and then suddenly, "Those who believe government can abandon the management of the economy are living in their dreams."

Really? The ruthless comrades who regularly gathered in Moscow to review the greatness of the Soviet military probably muttered the same kind of words to each other …

"Those who believe the Politbureau will ever abandon management of the country are living in their dreams."

Look what happened to the USSR. People are still astonished at the collapse … and yes, there are probably secret reasons not yet revealed.

But in the end, at least partially, it's not really a decision when it comes to failed systems. When they erode fast enough and hard enough, they sink of their own accord and something else inevitably rises up to take their places.

In this case, as we've long pointed out, the confluence of central banking's longevity and abysmal history is colliding with what we call the Internet Reformation.

If there were no way to explain the system via bits and bytes, it wouldn't necessarily face an almost insurmountable challenge.

If the system were new and untried, it wouldn't have a track record and therefore would be invulnerable to most criticisms.

But that is not the case. The system is truly horrible and unworkable. It has bankrupted literally billions. And the Internet has informed many about the damage that has been done and why the damages will continue until something changes.

Articles like this that bemoan the status quo while indicating that there are no other options are not truthful, in our humble opinion. The implication is that people will have to take affirmative action to change the Way the World Works. But is that true?

All human elements are transient. Sometimes the world makes the change for us.