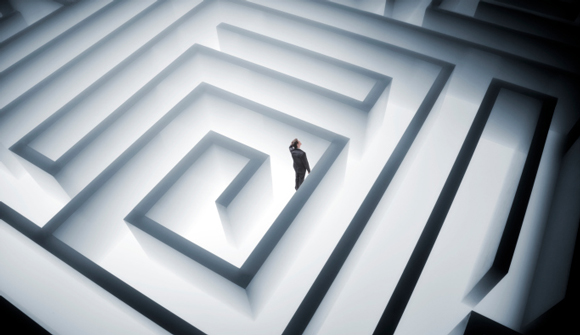 Europe's economic and political future will be determined in the next few days … Europe is at a make or break moment. Two very different events on Sunday, occurring at opposite ends of Europe, will largely determine the entire continent's direction for years ahead: the parliamentary election in Ukraine and the bank "stress tests" and Asset Quality Review conducted by the European Central Bank. – Reuters editorial

Dominant Social Theme: Europe is a mess but maybe can … recover.

Free-Market Analysis: So it is Monday and some results are in, as the article excerpted above explains. While the Ukraine parliamentary election results will be announced on October 20th from what we can tell, stress test results have turned out as expected with 25 banks out of 130 "failing."

According to LaPrensa/EFE, Italy was the hardest hit, as it proved to have the "biggest capital deficit in the regional banking system." Here's more:

Italy's Monte Paschi and Banca Carige have yet to raise 2.9 billion euros between them, though none of Europe's largest banks failed the stress tests … The head of the Bank of Spain, Luis Maria Linde, said on the weekend that his institution is the one that has needed to make the least adjustment in its balance sheet, less than 0.2 percent of its risk-weighted assets. No German bank needed to raise more capital, and none of the French or Spanish banks failed their stress tests, but those banks that did fail will now have nine months to raise the required capital.

Meanwhile, the Ukraine election was announced by President Petro Poroshenko on August 25, 2014. According to Wikipedia, "Poroshenko had pressed for early parliamentary elections since his victory in the May 2014 presidential election"; however, certain seats in parliament will not be filled, including seats representing the contested territory of Crimea.

The Reuters editorial links the above events with a third, to justify its prediction that Europe's political and economic future is now being decided. More:

Before explaining the significance of these two events, and their unexpected linkage, I need to mention a third announcement, due next Wednesday: the European Commission's verdict on the budget for 2015 submitted last week by the French government.

The Commission will next week have to come up with a Solomonic judgment that somehow reconciles the French government's determination to stimulate its economy by cutting taxes with the German-imposed "fiscal compact" that former-President Nicolas Sarkozy rashly accepted in a moment of desperation in the 2012 euro crisis and which requires France to raise taxes or drastically cut spending in order to reduce its budget deficit to 3 percent of GDP.

… Depending on how these three events turn out, Europe will either be on the road to a moderate economic recovery next year or it will condemned to permanent stagnation, possibly leading to the break-up the euro or even the European Union as a whole.

Why are the stakes suddenly so high? With most of Europe sliding back into recession over the summer as a result of the war in Ukraine and the failure to implement the sort of policies of monetary and fiscal stimulus that revived the U.S., Japanese and British economies, Europe now has an obvious choice: stick to the failed policies which are almost certain to perpetuate economic stagnation or to change course.

Of these three events, the Ukraine elections are perhaps the hardest to predict, but we will know by October 30th. When it comes to the stress tests, we have learned what we expected and, finally, there is the issue of French austerity.

The article predicts a "U-turn on fiscal austerity." It is one that is "highly probable when the Commission delivers its verdict on the French budget on Oct. 29, or failing that, in mid-November after a symbolic re-negotiation leading to some cosmetic strengthening of French structural reforms."

Putting these three events together, Europe has a decent chance of breaking out in the next few weeks from its vicious circle of policy failure and economic stagnation. Whether policymakers seize this chance is, of course, open to question given Europe's long record of doing too little, too late. If Europe again disappoints expectations, the recession will deepen, with no serious hope of economic recovery next year.

In that case, public opinion will veer onto a course of political nationalism and economic disintegration, not just in Greece and Italy but also in France and Germany. By next year it may be too late to reverse this. That's what is meant by a make-or-break moment.

Hmm … This is, in our view, how one builds a narrative history that will support the "directed history" to come. And what is the directed history? In previous articles we've pointed out that the EU elite has been intent on building a pan-European union as well as an economic crisis for decades. Thus, it can be logically concluded that any further moves to provide antidotes will actually deepen said crisis and produce additional centralizing solutions.

Back in early 2012, we posted an article analyzing a Euronews story on this subject. You can see the article here:

Here's the excerpt we analyzed from Euronews:

The Flowers that Launched the Euro … To mark the anniversary of the arrival of the euro in the form of notes and coins, euronews spoke with Romano Prodi, who in 2002 was President of the European Commission …. Prodi: "Well, the difficult moments were predictable. When we created the euro, my objection, as an economist (and I talked about it with Kohl and with all the heads of government) was: how can we have a common currency without shared financial, economical and political pillars? The wise answer was: for the moment we've made this leap forward. The rest will follow … Then instead came the Europe of fear: fear of China, fear of immigrants, fear of globalisation. So it was clear that this crisis would arrive. But the euro is so important, it's so convenient for everyone — especially Germany — that I've no doubt that the euro won't just survive, but it will be one of the landmarks for the world economy."

We can see from the above that Prodi acknowledges that he was uneasy about creating an economic union before other "pillars." Kohl and others respond that the "rest will follow." And 'lo a crisis did follow just as Prodi feared. A Europe of fear was created and sustained – and exists today. Prodi, a few years ago, was not worried, however, believing that the euro would still become "one of the landmarks for the world economy."

Of course, right now it does not look as if the euro is a landmark for anything but continued dysfunction. On the other hand, moves continue to be made that purportedly will resolve the crises that the EU and euro now face. But examine the solutions. Somehow the EU and related facilities have assumed the power to test every single large European bank to determine its solvency.

At the same time, the "Commission" will deliver its verdict on the French budget on Oct. 29. Alternatively, there will be a symbolic re-negotiation "leading to some cosmetic strengthening of French structural reforms." The idea presumably is to show Germany that France is trying to be fiscally responsive.

In any case, we can see from these activities, and even the renegotiation that may take place in Ukraine, that EU power creeps forward as Kohl and others expected. In this case the crisis has not given birth to a full-blown empire but to incremental authoritarianism.

These EU solutions are not what they seem. They will indeed create a greater and more powerful European Union. But to expect this union to provide fiscal stability or prosperity to the entire union is to misinterpret what is taking place.

When the article claims that Europe's political and economic future is "in the making" it is actually referring to a more united Europe … which will doubtless give rise to further problems. That's what centralization does.

Conclusion: No, these European solutions are not what they seem. Those interested in Europe from an economic or investing standpoint ought to bear that in mind.

No, these European solutions are not what they seem. Those interested in Europe from an economic or investing standpoint ought to bear that in mind.