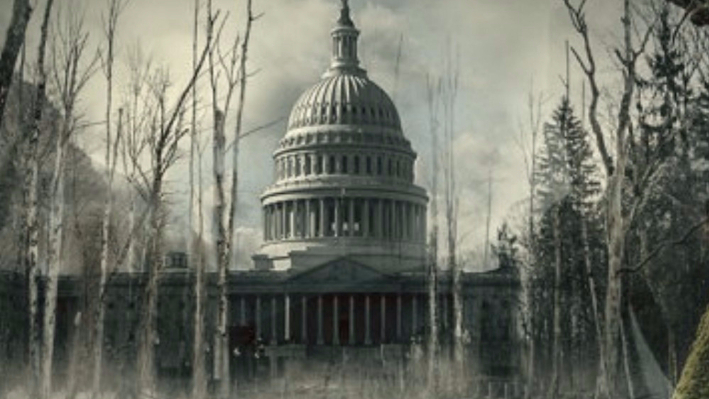 “Forget the politicians. The politicians are put there to give you the idea you have freedom of choice. You don’t. You have no choice. You have owners. They own you. They own everything. They own all the important land, they own and control the corporations that’ve long since bought and paid for, the senate, the congress, the state houses, the city halls, they got the judges in their back pocket, and they own all the big media companies so they control just about all of the news and the information you get to hear. They got you by the balls.”

Joseph Biden’s handlers, to no one’s surprise, are hard at work stocking his cabinet sky-high with DC swamp creatures – which is essentially what he promised to do.

After all, Biden was coached (and handsomely rewarded) to assure his Manhattan friends at a posh June 2019 private dinner that “nothing will fundamentally change” in his administration. Now his handlers are bringing the goods.

As the Thais say, “same same but different.”

Donald Trump promised to #draintheswamp. It was a simple (and slickly sloganeered) pledge to not fill the ranks of appointed members of the executive branch with the thieving leeches of the corporate state that suck the lifeblood of the country.

#DraintheSwamp was the sole reason that millions of people voted for Trump.

Alas, like so many mediocre politicians before him, Trump failed to deliver when he got the reins of power. He betrayed his base and tossed aside the very essence of his campaign: get rid of the corrupt establishment. 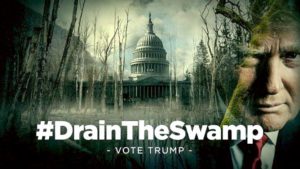 Under Trump, the neoconservative goon squad gained footing within the administration immediately when they should have been trespassed from the property.

Filthy Wall Street streetwalkers who should have been imprisoned – the same ones who crashed the 2008 economy — somehow got hired into key decision-making roles.

Trump’s fiendish Ivy League yachting son-in-law — who wormed his way into a position of power through marriage – connected the neoliberal corporate-state dots that needed connecting.

And, just like that, the Trump administration embarked on a failing trajectory from the start.

Despite whatever MAGA-heads say to the contrary, Trump disappointed badly in the #DrainTheSwamp department – as in, he didn’t even apparently try to keep his word. The public noticed. Barely even a majority of republicans thought he did enough. Some believed he, in fact, made the swamp problem worse:

“The president continues to assert that he is working to ‘drain the swamp’ of Washington politics, but only 24% of Americans believe he is making progress on that score – including 51% of Republicans, 24% of independents, and 4% of Democrats. In fact, 32% of the public say he is actually making the swamp worse – including 53% of Democrats, 34% of independents, and 3% of Republicans.  Another third (35%) say that nothing about “the swamp” has really changed under President Trump – an opinion shared fairly equally by Republicans (37%), Democrats (36%), and independents (34%) alike.”

So it went and so it will continue. The only opportunity that the American people have to challenge corrupt governance comes once every four years at the ballot box – and even then, it’s mostly a farce.

In the voting booth, you get the sacrosanct democratic honor to “choose” from one of two massively corrupt (probably clinically diagnosable) psychopaths who represent the same corporate interests with sprinklings of cultural footballs to maintain the appearance of true dichotomy where none exists in substantive terms.

The candidates who run for office from one of the two parties and who make it so far as to be on a national ballot have, by that point, been thoroughly vetted to evaluate their level of compliance and submission to the will of their sponsors. If they don’t pass the litmus test, they don’t get there – except in the most extraordinary of circumstances.

The 2015 GOP primary was extraordinary. A sea change in GOP electoral politics took the party establishment by storm. Despite the backstage wrangling by the entire party apparatus – the donors, their congressional servants like Lindsey Graham and Ted Cruz, and the conservative intelligentsia – the voters themselves buoyed Trump and delivered him to the White House.

The tragedy in this regard is that Trump was truly an outlier – he escaped the need to serve as the same type of compliant cog in the GOP machinery that literally every other one of his “viable” rivals were. As such, he was in a unique position to wage war against them – as his followers expected and as he pledged to do.

Despite any pleas from “analysts” in the corporate press to the contrary, Trump did not lose because his voters had a change of heart about their ideology, nor because they were publicly shamed into moral reform, nor because they wanted a “return to normal.”

Trump lost because he didn’t inspire turnout. He failed to drain the swamp on his first go and he didn’t even pretend to plan to in his more recent bid – it simply wasn’t a priority anymore. There may be several reasons for his massive shift in rhetoric and policy positions from 2016 to 2020, but certainly the inside job of DC establishment cretins in his own administration contributed greatly.

Since the failed legal challenges by Trump to contest the election, Joseph Biden’s handlers have packed his cabinet with exactly the same goon squad that every president always packs his team with.

The lapdog press dutifully announces new cabinet members (the horse-race pageantry is what they enjoy most of all) under the pretense of hiring “experts” and “professionals.” The Trump administration let the rabble get a taste of access to power, but the glorious “experts” are here to reclaim their mantle from the serfs and re-establish control.

The technocrats’ excitement at their return to the limelight is palpable. “A dose of insider knowledge and institutional stability might be just what Washington needs,” journalist/stenographer Martin Pengelly gushes. “The professionals are back,” Saphora Smith and Dan De Luce lead their write-up with.

As John Cornyn put it, the Biden administration appointees will be the “Georgetown dinner variety.”

The class war between the Manhattan/Silicon Valley conglomerate and normal people rages on.