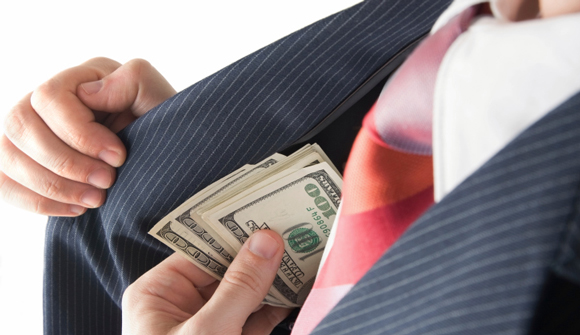 Gross Says America's Privileged 1% Should Pay Higher Taxes … Bill Gross said that wealthy Americans, having reaped the benefits of favorable tax treatment, should be willing to pay a greater share to bolster the prospects of the working class. "If you're in the privileged 1 percent, you should be paddling right alongside and willing to support higher taxes on carried interest, and certainly capital gains readjusted to existing marginal income tax rates," Gross wrote in his monthly investment outlook posted on Newport Beach, California-based Pimco's website today. "Stanley Druckenmiller and Warren Buffett have recently advocated similar proposals. The era of taxing 'capital' at lower rates than 'labor' should now end." – Bloomberg

Dominant Social Theme: About time these big men began to pay their debt to society.

Free-Market Analysis: This is surely a blossoming dominant social theme. The bigger you are in the 21st century, the more you owe society. But like all such memes, you need to turn it upside down to fully comprehend its awfulness.

This is nothing but a high-stakes hold up on Gross's part, not that he is in any sense totally responsible. Perhaps he's frightened; perhaps he's doing as he is told.

In the 21st century, very few hold "power" as it was once described. Whether you are a billionaire or the president of a country, the chances are you've experienced the Anglosphere's bruising elbow. The bankers hold all the proverbial cards. And we're not talking about small fry bankers here, either. We're speaking of those individuals and groups that apparently hold trillions or tens of trillions.

Gross may have a lot of money but in the 21st century money has never been more fungible for people such as him. Here today and gone tomorrow. You can be fined, jailed or even (surreptitiously) murdered if you rub certain people the wrong way. And more are doing just that, from what we can tell.

So even the very richest people aren't really rich. And even the most powerful, really aren't.

Bill Gates spent a good deal of his young adulthood boasting that he wasn't going to give away any of his considerable and mounting fortune before his death. But once Microsoft was found by fedgov to be a monopolist, and therefore convicted, he changed his mind.

A few years later his new friend Warren Buffett extracted some billions from Gates to help fund a nonprofit for the disadvantaged around the world that continues to this day. It surely wasn't Gates idea. Of course, it probably wasn't Buffett's, either. Or not initially.

The purpose of the foundation is to advance the globalist memes we regularly identify. Gates, therefore, ended up putting pieces of his considerable fortune in the service of a greater internationalism. In fact, the nonprofit has focused on vaccines (perhaps controversial ones) and global warming, which is not high on anyone's list of catastrophes these days except perhaps … Gates and his wife.

Funny, we never heard him speak of those priorities before fedgov decided he was a monopolist and before Buffett became his friend. Every time we see Gates, gangly and bemused with a bit of a pot belly, we get the feeling we're looking at someone who feels, well … kinda cornered.

Yes, we have the distinct feeling he's not living the life he expected and has discovered some things he wishes he could forget, or at least ignore. (We sometimes get the same feeling when looking at grainy videos of Neil Armstrong, who sometimes tended to weep during public appearances.)

It's been Buffett who's been carrying the torch for this charitable funding effort. He's been urging his fellow billionaries across the country to leave substantial portions of their fortunes to charity, or even to give substantial amounts of it away like monks while they're alive.

Buffett is also big on the rich "paying their fair share." This is the meme that Gross has apparently adopted. Here's more:

Gross criticized a growing trend of large U.S. companies retaining earnings or buying back shares at the expense of labor, as expenses were cut along the way. Companies need to be reinvesting in plants and equipment rather than focusing on cost cutting and equity buybacks, he said. Gross's public pronouncements can rock the markets.

… Gross's personal wealth is estimated at $2 billion. The 69-year-old Pimco co-founder has endowed a foundation with $293 million in assets and raised money for Doctors Without Borders, a medical charity, by selling parts of his stamp collection. Gross, who was urged by billionaire Carl Icahn to give at least half his wealth to charity, said yesterday that he and his wife, Sue, are committed to giving away all their money before they die.

Gross, speaking in an interview on the CNBC television network yesterday, said he's following a pledge by steel magnate and philanthropist Andrew Carnegie, who called it a disgrace for a wealthy person to die with money.

Icahn and Gross, in a public exchange of Twitter posts over the past week, have prodded each other to devote more effort to helping people. Gross, who started the discussion on Oct. 24, said Icahn should stop pushing Apple Inc. for a stock buyback and instead spend more time on philanthropy like Bill Gates, the Microsoft Corp. co-founder, and his wife, Melinda.

"Developed economies work best when inequality of incomes are at a minimum," Gross wrote. "By reducing the 20 percent of national income that 'golden scrooges' now earn, by implementing more equitable tax reform that equalizes capital gains, carried interest and nominal income tax rates, we might move up the list to challenge more productive economies such as Germany and Canada." … Pimco, a unit of the Munich-based insurer Allianz SE (ALV), managed $1.97 trillion in assets as of June 30.

We didn't realize that Germany and Canada were such enviable states, but obviously Gross sees something we don't. We grew up believing the US was "exceptional" because, unlike any other country in history, it has a written constitution declaring that everyone has inalienable rights to "life, liberty and the pursuit of happiness."

This libertarian approach to governance and the lack thereof informed the US citizenry right up until the Civil War. Such would probably have a hard time recognizing Buffett's sentiments or Gross's as they imply or outright state that fedgov can do a better job of distributing assets than the private sector.

It's perhaps a little bit easier to justsify the idea of giving one's money away privately; but it is nonetheless difficult to avoid the perspective that Buffett and Gross are engaged in a kind of shakedown. It seems like no one is to be left with any money, and the more you have or earn, the more you ought to give away sooner and more quickly.

It's all part of the dialectic, anyway. The real solution to the problems that these two titans of finance perceive is to revoke Supreme Court rulings that create a "corporate person" and to get rid of monopoly central banking.

Those two simple changes would do more to even out wealth creation than almost anything else. As of yet we have not heard Buffett advocate an end of modern central banking. And we're not aware that Gross has come out against corporate personhood.