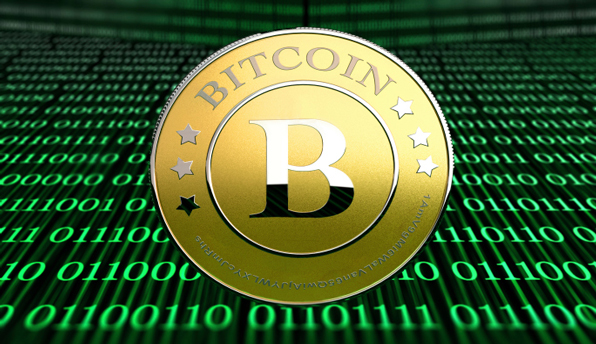 Mt. Gox website says all transactions closed for the time being … Mt Gox CEO Karpeles says bitcoin exchange is at "turning point" … Prominent bitcoin exchange Mt. Gox posted an update on its website on Tuesday, saying a "decision was taken to close all transactions for the time being," citing "recent news reports and the potential repercussions on MtGox's operations." The website went dark on Tuesday and its chief executive told Reuters that the business was "at a turning point." Mt. Gox halted withdrawals earlier this month after detecting what it called "unusual activity. "We will be closely monitoring the situation and will react accordingly," the website said. – Reuters

Free-Market Analysis: Mt. Gox, the bitcoin exchange, is gone and bitcoin closed under US$500 today, which is nowhere near its high. More importantly, many questions have arisen … and the answers as we are seeing are not necessarily positive.

We don't take any great pleasure in what's happening to bitcoin, but we did predict a great deal of it.

It wasn't much fun, however. For taking a skeptical view of bitcoin, we've been excoriated by some of our libertarian friends on the web. We apparently angered people just for asking questions at a time when bitcoin boosterism was at its height, over a year ago.

We asked lots of questions and floated a variety of suspicions.

One suspicion, for instance, that bitcoin was not entirely secure, has been borne out with the takedown of Silk Road.

Our idea that it might be a kind of dominant social theme – an establishment set-up – also seems plausible given endorsements of bitcoin by some of the most powerful figures in the US monetary establishment, including Ben Bernanke.

Just yesterday, at the height of the Mt. Gox hysteria, came word that Larry Summers had kind things to say about bitcoin. According to Summers, the virtual currency "has the potential to be a very, very important development."

We also pointed out that bitcoin's currently obscured blockchain is indecipherable, but it may not be in a decade. Who knows how technology changes anonymity over time?

The late doyenne of alternative currencies, UNESCO's Margrit Kennedy, was preaching LETS trading systems – with similarities to bitcoin – that are backed enthusiastically by her former UN employer … probably because they also demand a general ledger. This is most helpful, of course, when the government wants to investigate for non-payment of taxes, etc.

Finally, It always seemed to us that gold and silver were perfectly good alternatives to a wretchedly complex digital system. Granted, they are not as directly fungible as bitcoin, but they've been around for millennia. That's more than bitcoin's few years.

Here are some of the articles we wrote about bitcoin:

Bitcoin, Hoping for the Best After Bernanke's Endorsement

Bitcoin Interview: How a Government Partnership Will Build a Bright Future

Arrest of Shrem Occurs Amidst Levels of Injustice

Bitcoin, Con or Not?

The Pure Fiat Con – Every Transaction Available for Official Scrutiny

This last article was received with special vituperation at Reddit (where most government programs – and promotions – arrive for validation) and at Bitcointalk.

Here are some Reddit/bitcoin observations from a year ago. Bear in mind Mt. Gox has just shut down with some US$400 million in liabilities, and those losses will apparently be borne by customers. Mt. Gox seems to be claiming it was the victim of a vast, successful hack. That comes on the heels of the Silk Road bitcoin hack – especially embarrassing because the FBI was already in charge.

And then, finally, this:

Thanks, anonymous person. We wish there were more skepticism and less enthusiasm when it came to the endless outpouring of false flags produced by globalists.

Of course, bitcoin may not be that. It may be exactly what it is said to be by its supporters. And, in fact, it may rebound as it has before (doubtless, this time with the help of government regulators) to become a regulated success. But it likely won't be what it what promised to be, not anymore than Paypal, or even Google.

From our perspective the almost inevitable takeover of bitcoin by the power elite seems to render it a less-than-inspiring investment. We've focused on marijuana lately because we understand it. The benefits of the herb are plentiful and have been written about through the ages.

Electronic – digital – currencies may indeed be the proverbial wave of the future. But we would urge readers to be prudently diversified, and not to forget about gold and silver. Those metals have been "money" for a good deal longer than digital alternatives.