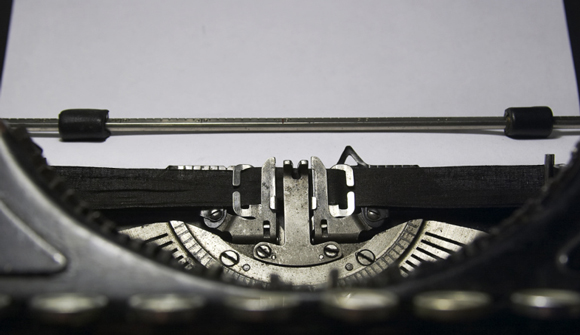 It's Normal for Regulators to Get Captured … I'm in Chicago this week, preparing to give a seminar on covering the policy process at the Institute for Politics. So I don't have much time to write about the secret Fed tapes that were released by "This American Life" last week. But I do want to make one point: This is not surprising. It's normal. – Bloomberg

Dominant Social Theme: Regulation is a most necessary part of Western culture and business.

Free-Market Analysis: Megan McArdle is one of Bloomberg's more libertarian editorialists, and in this column she actually comes right out and states the truth about regulation …

And what is the hidden truth? Regulation is seldom adversarial and not particularly effective because the facilities that are "regulated" are the ones providing information to regulators and the ones identifying what needs "fixing."

This is well known to market realists and free-market proponents alike, but to see it stated bluntly in the socialist pages of Bloomberg is somewhat shocking. Like seeing a raisin speckling an otherwise bland expanse of vanilla pudding.

Academics call it "regulatory capture," the process by which the regulators who are put in place to tame the wild beasts of business instead become tools of the corporations they regulate, especially large incumbents. The important thing to understand is that regulatory capture is not some horrid aberration; it is closer to the natural state of a regulatory body.

There are a lot of reasons for this, but here are the highlights: The regulated industry controls the information used by the regulator. Where do you get information about the banking business? From bankers. Obviously it would be nicer to get it somewhere else, but where else would you go?

The regulated industry cares more about regulations than anyone else. As a consumer of electricity, you care a lot about lower electricity prices. But what's your opinion about recovery of stranded costs on redundant capacity investment? If the regulator decides the wrong way about this issue, are you going to go down to the utility commission and make a fuss?

… For a banking regulator, unless there's a financial crisis, the worst negative stimuli is likely to come from angry bankers, not consumers who are outraged about the decision to let Goldman Sachs hold some Santander Brasil stock for a while.

This is one big reason that agencies that start out as fierce hawks intent on putting industry in their place end up as docile partners helping the incumbents shut out new competition. Over time, whatever public outcry gave rise to the agency fades away. But the industry is still focused on the regulators with the intensity of one of those super-lasers they use to create unnatural elements, 365 days a year.

All this is as good as far as it goes, but toward the end of the column McArdle – perhaps understandably – backs off. Having stated that the entire legislative structure of the US and presumably the West is based on a grand misunderstanding, one awaits a grand denouement.

But … nothing happens. There is no great insight, no passionate prose addressing (preferably with at least subdued indignation) this lamentable state of affairs. One would think such an observation would demand some sort of suggestion, an antidote – however modest.

But that's not to be the case. Here's how she ends the article:

If you put an offensive lineman between your quarterback and the opposing team, he's going to get hit. And if you put a regulatory agency between your legislators and some industry, it is going to get worked on by the companies it regulates. Inevitably, your agency will end up captured by some special interest. So think hard about how to design an agency that can do good work anyway.

So here is our question: How can one design a regulatory agency to do "good work anyway" when the process, as Ms. McArdle has pointed out, is flawed to begin with?

Perhaps McArdle has actually penned a sly pro-Goldman Sachs and New York Fed statement. This occurs to us if one believes that "everyone does it" is an adequate or least feasible defense.

From our point of view, the financial industry itself can ill-afford to admit that its paradigm is dysfunctional. Just as importantly, central banking itself is a regulatory construct that places "wise men" between market results and their consequences.

We can see this currently as regards the Wall Street Party that is obviously soaring on the rocket fuel of sustained monetary easing. And this observation in turn provides us with a potential answer as to why Ms. McArdle's editorial conclusion is so much less compelling than her main observations about regulatory capture itself.

In fact, the financial industry is not in any position to admit that its regulatory regime is a failure and cannot be otherwise … as regulations are inevitably written to benefit the few at the expense of the public (while attempting to claim just the reverse).

The rise and further rise of US stock markets is in large part supported and enhanced by favorable regulatory practices. Right now, those principally involved in moving market averages are not able to disengage without triggering a much larger collapse – nor will they, in our view, so long as they can sustain what they have begun.

Eventually, however, a turning point will be reached. The fallout may spread far beyond market performance itself and bring the dysfunction of regulatory democracy into sharper focus.

If so, some good will come out of the current sociopolitical and economic "party."