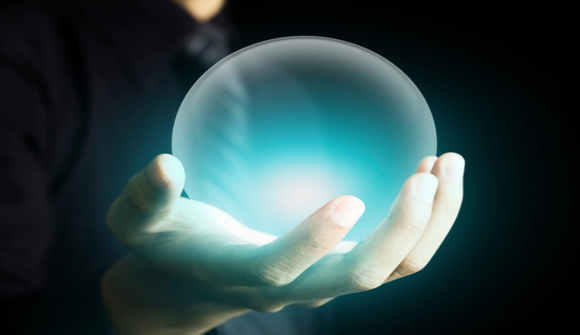 Russia's Problems Are Everyone's Problems … "Cyprus with nukes." That's how someone, maybe me, referred to Russia in an IM conversation this morning. It's not really a fair comparison; Russia is a vast country loaded with natural resources, not a tiny island banking haven. But it does express a very real fear: that the world is about to experience a major financial crisis in a country that seems to deal with its internal troubles by slicing off bits of neighboring countries. – Bloomberg

Dominant Social Theme: Russia is imploding and the price of oil is the culprit.

Free-Market Analysis: Bloomberg was in full cry last night regarding a failing Russian economy. We've never seen anything like it on Bloomberg: The front page of the website carried a box on the top left hand corner filled with blaring stories.

The Collapse of Putin's Economic System

Is the Russian Collapse Wrecking Your 401(k)?

It is this latter editorial that we are focused on in this analysis (View: Russia's Problems Are Everyone's Problems). And this is surely a meme, a sub-dominant social theme of sorts. It has exploded in the past six months. It is difficult to avoid the conclusion that Vladimir Putin himself has annoyed top men in the Western banking system and that the ruble is suffering as a result.

We wrote about this on Sunday, commenting on points made regarding Russia from interviewee and top commodity trader Jim Rogers. Perceptively, he noted that the ruble's fall was linked to the price of oil, which was also falling. He stated that these twin events were likely being engineered by the West, something we've also suggested.

Here's how Rogers put it: "Oil, which is the largest and most important commodity for everybody, is down. The Saudis are dumping oil because America told them to. America's having negotiations with Iran and a situation with Russia so they're trying to put pressure on both of them."

Jim Rogers: Choose Farming for Your Family and Finances

It is the globalist banking system apparently that now sees Putin as an impediment to a more aggressive internationalist regime. From what we can tell, Ukraine was used to create a state of tension between Russia and the West that justified the application of sanctions against Russia.

And now, as the sanctions become more severe, top Western officials behind the scenes are applying other kinds of pressure to destabilize the Russian economic system.

Putin, from what we can tell, has fought back. We've reported recently that Putin and the central bank had taken to buying gold with dollars, using the depressed price of gold against the dollar as a way of acquiring more gold than would have been available otherwise.

The West, in other words, was burning through a good deal of currency to suppress the price of gold – as central bankers have indicated from time to time – and Russia was taking delivery of gold at these prices in order to shore up the price of the ruble.

And thus, from what we can tell, a more aggressive attack was launched against the ruble via the price of oil.

It's our hunch that the FX market despite its size can be manipulated like any other market, and in this case, traders have been targeting the ruble. The falling price of oil has provided the proximate cause to pound the ruble down. And down it's gone.

But none of this background – speculative though it may be – is being mentioned in the mainstream media. From the major media we receive only a meme: that dictator Putin has played fast and loose with his ravaged economy. This is certainly the impression that Bloomberg is encouraging with its alarmist headlines.

Here's more from the editorial …

The ruble is plunging, for reasons that have roots in the falling price of oil. Yet the trouble now runs deeper than that, so the ruble's problems will continue even when the price of oil recovers a bit. As our own Leonid Bershidsky explains, markets are no longer just worried about oil prices, but also about the Russian Central Bank's apparent decision to bail out a suffering oil company by printing money:

"Central Bank technocrats have been worried that the government would force them to print rubles for the direct funding of industries, primarily the military industrial complex and the state companies run by Putin friends. The Central Bank's obvious complicity in the Rosneft deal means the pressure is on, and the Central Bank is caving. It cannot prevent the funds loaned to corporations in special deals such as Rosneft's from destabilizing the currency and fueling market panic. Besides, the Rosneft deal sends a clear signal to market players that some of them are more equal than the others. That is a sure way to foster distrust and send the ruble into a speculative tailspin regardless of what happens to the oil price.

"The central bank tried to make up for this action by ratcheting interest rates up to 17 percent. It hasn't worked; the ruble continued its plunge this morning. This tells us many things, all bad: that the central bank is not strong enough to resist President Vladimir Putin; that Putin is desperate enough to print money to cover Rosneft's problems; that capital controls may well be in the offing (so oligarchs and traders are eager to get their money out of the country); that Russia's financial situation is spinning out of control."

… Bershidsky suggests that capital controls may well be next for Russia, though the central bank governor denies that they are being considered. Whatever Russia does next, we'd better hope it works. Because if not, the rest of us may be using our newly cheaper gasoline to fuel up for a very bumpy ride.

So much angst in such a short article. Russia's situation may be "spinning out of control," but this alarmism has arrived with surprising suddenness. A month ago there was little hint of the possibility of a global currency crisis that would render Putin "desperate" and facing such a dire situation.

In fact, this sort of language returns us to speculations about "directed history" and the idea that many international tensions and crises are both premeditated and exaggerated. In a global environment such as this one where so much money power is concentrated in the hands of so few people – mostly central bankers – crises can surely be generated with little notice.

Are these crises completely without merit? That's a conundrum that individual observers will have to decide for themselves. But the concentration of capital and control surely means that the potential for unnecessary crises is more pervasive than ever.

This returns, of course, to our observations that people need to prepare themselves in advance for the unexpected. Who is to say, after all, that this current Russian episode cannot deepen and become more severe economically and even militarily?

Second passports, physical possession of gold and silver – firearms, too – access to agricultural land or ownership of farmland, second homes … all these sorts of resources are potentially important in an era of rapidly emerging crises.

We don't know where or when this current episode of Russian destabilization will end. One far-fetched possibility is that Putin could put the ruble on some sort of quasi-gold standard, which would presumably stem its slide.

But if it did so, we wonder if this would merely advance the cause of those who want to implement a truly global currency, a basket of currencies plus gold and silver, perhaps.

In that case, we could present the idea that this crisis has been generated at least in part to strengthen an argument for Keynes's globalist "bancor." And such an eventuality would also bear witness to the "directed history" we mentioned above. Only this sort of directed history would be aimed directly at justifying an expanded globalist initiative.

Taken to the extreme, modern history is indeed, as Churchill said of the USSR: "A riddle wrapped in a mystery inside an enigma."