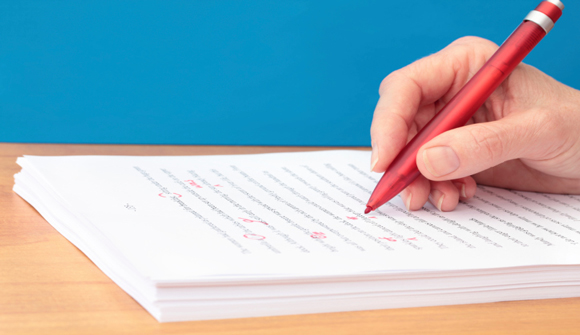 Piketty's Three Big Mistakes … Piketty, remember, is the French economist who became a celebrity for his work on inequality. In his blockbuster book, "Capital in the Twenty-First Century," he asserts that the rate at which capital owners' wealth increases is almost always larger than the rate of economic growth. If that's true, it means that the rich get richer, and wealth inequality never stops increasing. But young Rognlie has three observations that cast doubt on Piketty's big thesis. – Bloomberg

Dominant Social Theme: Piketty had some good ideas, which is why his book won prizes. Mathematical analysis is difficult to follow sometimes, but it can be useful.

Free-Market Analysis: This article from Bloomberg further deconstructs the conclusions of "Capital in the Twenty-First Century."

It is incredible that this book was named the Financial Times Business Book of the Year. The book has already been singled out for mathematical mistakes that led to a fundamentally inaccurate conclusion. But this brief editorial sums up additional mistakes.

He badly wants to show that capitalism tends to concentrate capital into the hands of a wealthy few. And in fact, he is correct but not for the reasons he presents.

The reason "capitalism" concentrates wealth is because very wealthy people own the means of monetary production and use it to carve out monopoly privileges that further sustain and expand their vast fortunes.

In other words, government force and war are the means of wealth consolidation – not some sort of theoretical – fantastical – system as Piketty wants to insist.

Thus, Piketty's analysis is expansively flawed. From what we can tell, he doesn't actually define what capitalism is, or not as it actually exists. And his main argument, a theoretical one, depends on mathematical proofs that he gets wrong in a growing number of ways.

The first is that Piketty doesn't take depreciation into account. As capitalists accumulate more and more machines, buildings and other hard assets they have to pay more and more to maintain that physical capital … A lot of what looks like more money going into owners' pockets is really just an increased cost of doing business.

… His second point is that much of the income that went to capital owners in the last six decades has been from capital gains — from stock prices going up, rather than from an increase in book value (the total net value of the assets owned by companies). When you look at book value, the increase was much more modest.

Rognlie's third point is perhaps the most interesting. Economists combine a lot of different things into "capital," such as machines, buildings and land. Rognlie points out that almost all of the increase in the value of capital over Piketty's timeline comes from land, instead of from other forms of capital. In other words, it's landlords, not corporate overlords, who are sucking up the wealth in the economy. It's a dramatic, startling insight that was somehow overlooked before Rognlie came along.

Remember, this is a book that has been praised significantly and won prestigious awards. Yet the analysis is flawed because the author ignored capital depreciation, the rise in stocks (as opposed to book value) and finally, neglected to note that the largest appreciation in "capitalist" value involves land ownership rather than corporate control of non-land-related items.

In Piketty, we can see once again why Austrian economics emphasizes that statistical analysis can often lead us to the wrong conclusions and is fairly useless when utilized for purposes of projection.

If Piketty made so many mistakes, why did his book get such a great reception? Because, as we've pointed out, globalist elites are increasingly desperate to show that free-market capitalism doesn't work and that government in particular is necessary to counteract "market failure." Elitists love government because it is amenable to secret control.

Since this is a Bloomberg article, it wouldn't exist without at least one major controversial claim. In this case, the editorial begins to discuss Georgism toward its conclusion.

The jumping off point is the idea that landlords are accumulating wealth at a great rate – as pointed out by the editorial. But now comes the hitch. The solution, we are told, may be a Georgist one, first proclaimed by Henry George, who believed that the only successful tax was a land-value tax.

George penned his fiscal theses in the 1800s and it is a measure of the chaotic mess of modern finance that his name is now being dropped in mainstream publications.

George's idea was that land should be taxed according to its "value" – though who would establish the value seems an open question.

A clever wrinkle in George's thinking (or so it is often portrayed) was that the further exploitation of the land (the digging of a well, the building of a house) should not count toward the tax, only the land itself.

Of course, in reality, any tax is an economic price-fix – and every such fix creates a market distortion that penalizes some while providing wealth-sapping advantages for others.

In truth, there are no good taxes, at least no non-distortive ones. The Georgist approach would likely encourage the use of land even when there was no need to exploit it because the land is going to be taxed whether or not it's generating revenue. The libertarian economist Murray Rothbard had many negative things to say about Georgism.

There are other reasons we can think of for why a Georgist tax is a bad idea – as all taxes are wealth-sapping distortions.

Anyway, we must give this Bloomberg editorial one gold star out of two. It adds considerably to the destruction of Piketty's silly book and shows clearly how the search for a 21st century Karl Marx is both a desperate and futile one.

On the other hand, it allows itself to be swept up into a fairly puerile conversation about how Henry George's tax may be the "best" tax, as if one market distortion is somehow superior to another.

Free-market capitalism generates competition. And competition is not of itself unfair, nor does it "fail." It is sophistry to characterize it in any other way.

Come to think of it, that's an applicable term for Piketty's book: sophistry.