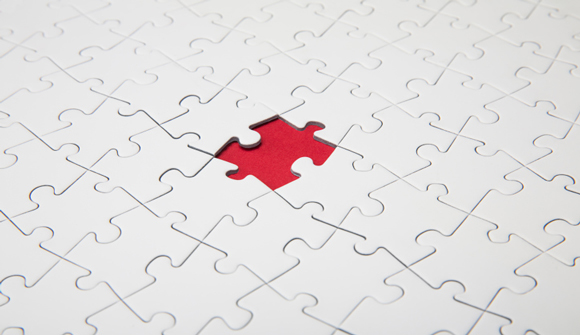 To Save the Rich, China Ruins Hong Kong … When they meet on Sunday, legislators from China's rubber-stamp National People's Congress are expected to disregard even the most moderate proposals to open up Hong Kong's political system. In all likelihood the decision will provoke street protests, drive moderates into the more radical pro-democracy camp and call into question the former British colony's standing as a global financial center and bastion of free enterprise. And for what? The good of Hong Kong, of course. – Bloomberg

Free-Market Analysis: What's going on in China and Hong Kong is ironic because it seems to mimic much that has held the West back in modern times. In fact, much that China suffers from at its current level of development corresponds to a similar evolution in the West.

Bloomberg resolutely avoids making the comparison – though in our view, this article would have provided a perfect opportunity. Instead, Bloomberg tries to treat Chinese authoritarianism as an Asian problem.

Wang Zhenmin, a Chinese law professor who sat on the committee overseeing Hong Kong's constitution, laid out the case most blatantly on Thursday, when he told journalists that the interests of the city's powerful tycoons had to be safeguarded from unchecked democracy.

"If we just ignore their interest, Hong Kong capitalism will stop," he said. "Democracy is a political matter and it is also an economic matter."

At issue is how to hold the election for Hong Kong's Chief Executive in 2017. The draft proposal set to be approved on Sunday would limit the number of candidates to two or three, each of whom would have to be endorsed by at least one half of the 1,200-member nominating committee. While Hong Kong voters may be able to "elect" their leader, they'll hardly enjoy a real choice.

On the face of it, Beijing's intransigence makes little sense. Pro-democracy groups had proposed a system of open nominations with a much lower threshold — about 5 percent of the voting population. Even if some anti-Communist radical were able to get on the ballot, the chances of him or her winning would still be negligible.

… According to Credit Suisse, a few wealthy businessmen now account for 60 percent of the city's wealth. Those who have prospered most are engaged in sectors such as banking and real estate, where political connections matter. Hong Kong recently topped the Economist's "crony capitalism index," just ahead of oligarch-ridden Russia. Frustration over Hong Kong's yawning wealth gap is rising dangerously.

… Perhaps leaders in Beijing feel they are defending a principle greater than the pocketbooks of Hong Kong's elite. They have long feared that showing leniency toward Hong Kong would encourage other disgruntled parts of China, such as Tibet and Xinjiang, to demand greater autonomy. Yet by rejecting the aspirations of ordinary Hong Kongers so ruthlessly, China will only breed more suspicion among younger Taiwanese, who are increasingly wary of China's embrace.

What's ironic about the above is that it applies to the West, as well.

We and others have amply documented the bizarre, crony-ridden behavior of the EU elite; additional countries are no better. Britain, Australia, New Zealand, Canada and, of course, the United States all have various forms of sclerotic politics that invest a tiny elite circle of powerful interests with unhealthy political clout.

Increasingly, dynastic political families like the Bushes and the Gores wield federal power repetitively. This is not by accident. When the backers of libertarian-Republican Ron Paul threatened a takeover of the Republican Party, the party actually changed its rules to ensure that top-down control was maintained.

Here's how Forbes explained it in a recent article:

Take a look at how Republican National Committee Rule No. 40(b) read before the 2012 convention changes:

… [But] the rule was changed to require a candidate to have a majority of delegate votes in at least eight states as a prerequisite to nomination.

… Based on the RNC issued memo in 2011 ruling that 'winner-take-all' elections will only be permitted when a candidate receives a majority of the votes cast in the primary battle, and given the deep bench of candidates likely to seek the 2016 GOP nomination, it seems unlikely that there are going to be a whole lot of states producing majority wins for candidates.

… While RNC officials are downplaying the situation, the fact is that the rule adopted in 2012 virtually guarantees that the 2016 primaries will become a tangle of deals between candidates, delegates and party bosses, even as the primaries continue.

Does this sound so much different than what's going on in Hong Kong? In both cases, the rules are making it difficult for voters to have any real impact on candidates that are standing for election.

There are other issues regarding Hong Kong that may run even deeper than political issues. Again, we can utilize a Forbes article for insight, this one part of a profile on Hong Kong dealing with financial and as well sociopolitical issues. Here:

The territory far exceeded the RMB conversion quota set by Beijing for trade settlements in 2010 due to the growth of earnings from exports to the mainland. RMB deposits grew to roughly 9.1% of total system deposits in Hong Kong by the end of 2012, an increase of 59% from the previous year.

The government is pursuing efforts to introduce additional use of RMB in Hong Kong financial markets and is seeking to expand the RMB quota. The mainland has long been Hong Kong's largest trading partner, accounting for about half of Hong Kong's exports by value. Hong Kong's natural resources are limited, and food and raw materials must be imported.

As a result of China's easing of travel restrictions, the number of mainland tourists to the territory has surged from 4.5 million in 2001 to 34.9 million in 2012, outnumbering visitors from all other countries combined. Hong Kong has also established itself as the premier stock market for Chinese firms seeking to list abroad.

In 2012 mainland Chinese companies constituted about 46.6% of the firms listed on the Hong Kong Stock Exchange and accounted for about 57.4% of the Exchange's market capitalization.

From what we can tell, the RMB/Yuan is growing in importance as a currency in Hong Kong. Additionally, Hong Kong's stock market is now heavily dependent on Chinese-listed companies. In fact, this might explain some of the growing income disparities that the Bloomberg article complains about.

In the US, the Federal Reserve System is a main engine of income disparity. By printing and then distributing money through money center banks, the larger industrial engine of the US economy is starved of capital. Instead, the capital finds its way mostly into securities, real estate and high-end commercial goods.

This is the reason for the current Wall Street party that we've analyzed and is also the reason that the US continues to suffer from anemic rates of employment. People are distrustful of a distorted economy that is starved of capital in some significant sectors while facing an overabundance in others.

The Bloomberg article seeks to blame an authoritarian Chinese political influence for what is happening to Hong Kong. But the truth is more complex. The rigid, centralizing orthodoxy that is destroying Hong Kong's laissez faire spirit is surely present in the West as well.

That's the larger story, and one that Bloomberg should be reporting on but is not.