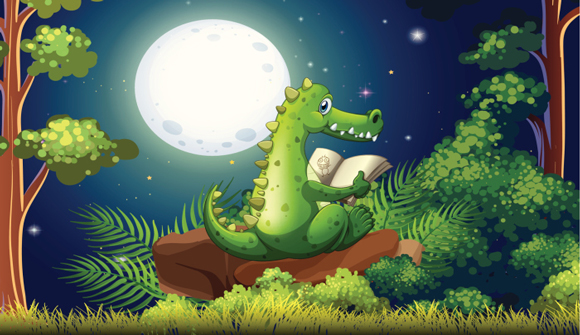 Economics Isn't Science or Literature … Economists use many of the same tools as scientists and engineers — matrix algebra, multiple regression, control theory. But they don't use them in the same way. In economics — especially macroeconomics — the goal is often to persuade other people of your point of view. As Federal Reserve economist Kartik Athreya writes in his 2013 book "Big Ideas in Macroeconomics": My view is that a part of what we do is "organized storytelling, in which we use extremely systematic tools of data analysis and reasoning, sometimes along with more extra-economic means, to persuade others of the usefulness of our assumptions and, hence, of our conclusions…This is perhaps not how one might describe "hard sciences[.]" – Bloomberg Editorial

Dominant Social Theme: Even though economists don't really know anything and can't, it's still a swell science.

Free-Market Analysis: Bloomberg's Noah Smith is back with an editorial explaining that even though economics isn't a science, it's still a swell "culture."

What's funny about this article is that Smith's admission as to what economics really is corresponds entirely to the points that Austrian economists have made regarding economics: It's not a science and not especially predictive.

Of course, Mr. Smith would not mention Austrian, free-market economics in his current column, as he doesn't like Austrian economics.

We last wrote about him here:

And here's some of what we were responding to – a Bloomberg editorial of his entitled "Austrian Economists, 9/11 Truthers and Brain Worms."

Austrian Economists, 9/11 Truthers and Brain Worms … In the film "Star Trek II: The Wrath of Khan," the super-genius villain puts alien worms into people's brains in order to subvert them to his demented cause. I think Khan could have been an Austrian economist. To those of you who have run afoul of the defenders of Austrianism on the Internet, the analogy will be clear. The Austrian worldview is like a brain worm that has infected large swathes of our financial industry, commentariat and general public. Even you, dear reader, may carry one or two of its wriggling larva inside your gray matter.

Noah Smith compares it to a kind of mental disorder. In response, we made the following points:

[Smith claims] that Austrian analysis comprises a false economics. The article doesn't point out, however, that the founder of the so-called Austrian school, Carl Menger, was a foundational thinker as regards marginal utility that shows among other things that the value of goods and services degrades depending on their availability.

Menger's insights regarding marginal utility are acknowledged to have been instrumental in creating the dividing line between classical and neo-classical economics as well the foundation for the entire Austrian economic philosophy, which rests on the idea of "human action."

Human action is also the title of a book by the great Austrian economist Ludwig von Mises. In it, he argued that human decision-making was rational but could not be subject to mathematical projections. This is why when Thomas Malthus predicted starvation in England at a given date when population exceeded food production he was wrong. People, rationally, began to grow more food.

The insistence of free-market economists that human behavior is not mathematically predictable has brought it into conflict with proponents of econometrics. These are economists that utilize mathematics to make predictions about the future on behalf of government and private industry. Many of these predictions prove wrong on a regular basis, thus continually supporting the Austrian perspective.

There are a number of foundational insights in Austrian economics, as mentioned above. But the one that is most problematic for those "practicing" economics is that their science is not a science at all and that it is simply cannot foretell the future because people change their behaviors in unpredictable ways.

Here's more from his latest:

Basically, a lot of economists use the tools of science to accomplish literary– or lawyerly — goals. That may sound to some people like a silly exercise, or even a dishonest one, but the fact is that in many economic situations you don't have good enough data to really pin dow1n what's going on. You can give up and go home, or let your political leanings give you an emotionally pleasing answer — and many people take those easy exits.

But if you want to do the best you can at describing reality in the face of poor data and uncertainty, you want to make sure your lawyerly arguments are as self-consistent and precise as possible. Hence the math. Econ has plenty of critics, who slam it for being too deductive, axiomatic or chock-full of unrealistic assumptions. Sometimes these critics come from the top ranks of the profession itself!

But econ isn't just a cheaper, poorer version of science, or a more nerdy, uptight version of literature. There are insights that you get from doing economics that you won't get in a physics lab or from Shakespeare. The main insight, in my opinion, is that most things in the world have some randomness in them.

Economics deals with hideously complex systems where controlled experiments are usually impossible. If you want to isolate one phenomenon, you're going to have to ignore an awful lot of interesting stuff. But if you think about it, that describes most of the situations we face in our daily lives. We have to make decisions based on the few things we (hopefully) understand, and treat the rest like random noise.

We have a strong tendency to overfit the world — to think we can explain each and every little thing that we see. Economists — the good ones, anyway — realize that this is just an illusion. Finance, of course, is the ultimate case of betting on signal while trying to hedge against noise.

Dealing with randomness has made econ stronger in some ways than traditional science. Physicists don't have to be good at statistics — if the results of an experiment aren't clear, run it 1,000 more times! But economics has had to become adept at squeezing every bit of information out of empirical data.

Techniques such as instrumental variables, structural estimation and vector autoregressions have been developed to make the best of a difficult situation. The other way that the economics culture differs from science or literature is in its purpose. Literature describes human behavior, while natural science ignores it. But economists want to understand and control human behavior, and that means the object of their study is as smart and free-willed as the economists themselves.

We've quoted a good bit of the article to give readers a flavor of what we consider to be its cognitive dissonance. The points made in the article fluctuate between a celebration of the potential predictive nature of economics to various acknowledgments that these predictive elements aren't viable.

Mr. Smith wants desperately to believe that economists CAN predict the future but for purposes of accuracy, he must raise the same questions that Austrians raise – having to do with "unrealistic assumptions" and the world's "randomness." What is his "main insight"? That "most things in the world have some randomness to them." That's certainly a very Austrian observation.

Somewhat desperately he tries to make randomness into a strength, writing, "dealing with randomness has made econ stronger in some ways than traditional science." But this merely confirms the problem. Scientists present theories that can be tested against human reality; economists create elaborate fictions using statistics and other math-oriented tools.

The most damning – and eye-opening – statement is Smith's admission that economics is "organized storytelling." This is actually the basis of our modest publication, for every day we analyze the "dominant social themes" that powerful people create to persuade others to behave in a certain manner. Most of these themes are created, in fact, to frighten people into giving up power and authority to specially created globalist facilities such as the IMF, World Bank, etc. This is how internationalism, a main power elite goal, is built and expanded.

For Smith, such "organized storytelling" is apparently a strength of economics. "But economics has had to become adept at squeezing every bit of information out of empirical data," he writes. "Techniques such as instrumental variables, structural estimation and vector autoregressions have been developed to make the best of a difficult situation."

But what is unfeasible remains unfeasible regardless of the application of even the most sophisticated statistical methodologies. Economics is NOT a science, as Smith himself admits, and the best he can say in its defense is that economists have become adept at "squeezing every bit of information out of empirical data."

This is actually a gobbledygook statement because most economists use theoretical constructs when approaching data analysis. Someone with Keynesian sympathies will look at data in such a way as to confirm his or her biases. Monetarists will do the same.

In fact, economics is a made-up discipline, somewhat like psychology. Its practitioners – the ones who publicly define its parameters – tend to use data to justify preconceived conclusions. This would explain, in fact, why almost all mainstream economists did not predict the 2008 real-estate collapse or the puncturing of the tech bubble in 2001. Market failures of this type were not ones that mainstream economists wished to examine, let alone predict.

Ironically, Austrian economics through its business-cycle paradigm DOES predict the kinds of cyclical collapses that statist-oriented mainstream economists can't and won't. Some critics claim that accurate Austrian predictions in this regard undermine practitioners' position that accurate economic predictions are not possible.

But Austrian business-cycle theory analyzes human reactions to repetitive manmade stimuli. This is a great deal different than predicting larger economics trends. The business cycle is of human origin and in modern times happens over and over again.

The British created "econometrics" in response to Austrian economists. Econometrics celebrates the application of statistical theory to economic data in order to predict the future. But no amount of sophisticated mathematics can project in detail how human beings will behave specifically or in aggregate based on previous data inputs.

The Germans were so frustrated with the Austrian stance regarding economics that they began to refer to them pejoratively as "Austrians." Austrian economists accepted the term, applied it and treated it as a badge of honor.

Noah Smith ends his article by writing that "there is real value, and uniqueness, in the economics culture." But this statement begs the question. He has concluded that economics has "real value" even though his main tenet (that it is predictive) is problematic and even unsupportable.

Free-market economists have the better of this argument. It's one reason why the fundamental principles or economics are so little debated in the mainstream media. Modern economics is, in fact, an elite meme, a promotion that seeks to convince people that "expert" leaders have the tools to manage society and steer the world resolutely to a better destination.

This is its dirty, little secret: It's not science but, as Smith observes, "storytelling."