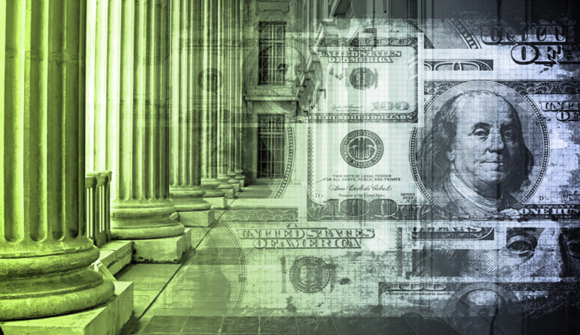 When is insider trading against the law? It's a trick question: There is no actual law against insider trading. This became painfully clear last month when a federal appeals court tossed out the criminal convictions of two Wall Street hedge-fund managers who had been found guilty of the offense about two years ago. The court not only exonerated the traders, but also called into question the entire body of law that has resulted in scores of such convictions over the last several years. – Bloomberg

Free-Market Analysis: We've written quite a bit about the questionable legal theory behind insider trading and US courts are now starting to agree with us.

One point we made on several occasions was that there was no specific statute against insider trading. This was because – or so we were informed – SEC prosecutorial lawyers didn't want to define the practice. Better to leave it vague. It was more useful that way, and more threatening.

Of course, in a society of laws, leaving one undefined but nonetheless enforced is questionable indeed. And that practice has now caught up to the SEC – and deservedly so. Whether those behind bars can sue the SEC for monetary compensation is not clear from this article, but one would hope so.

It may sound simplistic to respond to this state of affairs with the pat observation that there oughta be a law. But the best way to clear away the confusion and mistrust this decision has created is through legislation. Ideally, Congress would pass a law that defines and bans insider trading. More realistically, the Securities and Exchange Commission could clarify its rules on the subject.

The SEC issued rules long ago to prohibit trading on the basis of material nonpublic information revealed in violation of a fiduciary duty. Its authority is based on one provision in the Securities Exchange Act of 1934, which broadly bans frauds on the market.

This leaves plenty of wiggle room, and for decades, prosecutors have had to make do with common law. In 1983, the Supreme Court added a level of complexity by ruling that people receiving stock tips (tippees) must know that their sources (tippers) disclosed information in exchange for something of value – money, a job, a promotion.

Over time, prosecutors expanded the definition of value to include career advice and even friendship, making it all but meaningless. And the more expansive the definition, the easier it was for aggressive prosecutors to feed the public's desire for Wall Street scalps and advance their careers.

Enter the U.S. Court of Appeals for the Second Circuit, which on Dec. 10 issued its sharply worded opinion: Because the two convicted tippees didn't even know the two tippers, never mind what benefits they may have received, they couldn't have committed insider trading. Nevertheless, it should be indisputable that the tippers in this case divulged material nonpublic information in breach of their fiduciary duty.

This is no way to apply criminal justice. For one thing, it will be a lot harder to prosecute friends who exchange valuable inside tips on the golf course on Sundays, then trade on the information on Mondays, so long as nothing of "consequential" value changes hands. For another, the U.S.'s ability to stanch Wall Street corruption is crimped. Tippees can avoid prosecution if information is passed along a chain designed to keep tippers anonymous.

It is this last paragraph where we find the article really takes a wrong turn. While the court has begun to clarify the woefully wide embrace of the insider trading law, the idea that insider trading "stanches" Wall Street corruption is questionable in the extreme.

One has to begin with the idea that prosecuting insider trading is important because if some people have information that others don't have, the idea of a so-called level playing field is compromised.

But if one wanted to "level" market advantages, one would ban various forms of computer power and even the kinds of individuals that Wall Street could hire. No quants need apply, etc.

One can make the argument that an insider trader knows with some certainty what is going to happen in the near future and thus is almost guaranteed a profit by trading on that information.

But a trader with access to a powerful computer and sophisticated technology can make lightening quick trades to exploit thousands of tiny spreads with almost the same assurance as if one were trading a "sure thing."

The reason computer-trading practices have not yet been banned en masse is because this is surely a slippery slope down which regulators are traveling.

It is indeed unfair that some players have access to far more powerful programs than others, but once one begins to follow this sort of reasoning to its logical conclusion, one ends up trading under the Elm tree once again. Technology would have to be virtually banned.

The article maintains that, "What the U.S. needs is a proper statute – one that doesn't shift shape depending on who is heading the SEC or who is the U.S. attorney for Manhattan. It must reach conduct that strikes the average investor as wrong and feeds the impression that the markets are rigged."

This is the real truth. Like so much else, insider trading laws are there to reinforce the impression that markets are NOT rigged. It is the impression that counts far more than the reality. And one ought to ask if this is any way to make and enforce laws …

This needn't be partisan. Both parties should want to avoid letting U.S. markets take on the appearance of a fool's game in which retail investors always lose and insiders always win. Trading stock on purloined information shouldn't be harder to prosecute than trading in stolen goods out of the back of a truck.

Anyone who believes that all or most insider traders are "caught" is likely being naïve. Information is the currency of Wall Street. And it travels. Regulators want to give investors the impression that markets are "fair." But no, they are not and investors should be very careful to internalize this.

Among the biggest insider traders, for instance, are probably US congressional politicians. And those individuals who are close to central banks are likely to have significant informational advantages.

Wall Street has never provided a "fair" game. But that doesn't mean it's impossible to make money in the markets. Far from it. We've been arguing that markets are highly manipulated via regulatory and central banking policy. We call what's going on the "Wall Street Party."

Investors should concentrate on the legal ways that Wall Street marts are manipulated and penetrated. Understanding such approaches can lead to significant profits. No insider trading tips necessary.