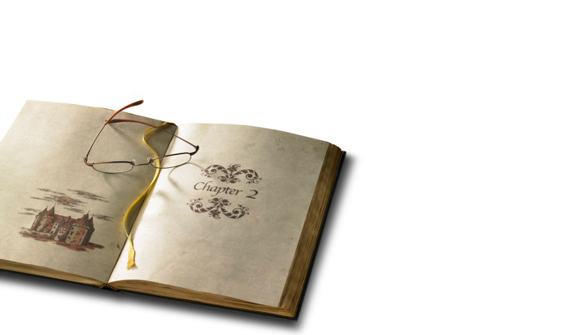 The Gold Fairy Tale Fails Again … Will they never learn? Yesterday, oil rallied 4.3 percent and gold gained 3.6 percent as commodities had an up day after a long and painful fall. The fascinating aspect of the trading wasn't the $45 pop in gold, nor the even greater percentage rally in oil, but the accompanying narrative. … When it comes to speculating, especially in precious metals, it is all about storytelling. Over the years, I have tried to remind investors of the dangers of the narrative form … Following a storyline is a recipe for losing money. – Bloomberg

Dominant Social Theme: If you want to invest, do it your way and try not to be credulous.

Free-Market Analysis: What's funny about this Bloomberg editorial is that it criticizes gold purchasers for following "stories" but somehow neglects to explain that those who purchase stocks, bonds, commodities and real estate are also following certain narratives.

To put it another way, those buying and selling almost anything in the 21st century are doing so based on various preconceived notions that have been painstakingly implanted through a variety of means for a variety of purposes.

The article, in fact, is simply providing us with MORE stories.

I want to point out several recent gold narratives that have been dangerous to investors.

As we discussed almost a year ago, the most popular gold narrative was that the Federal Reserve's program of quantitative easing would lead to the collapse of the dollar and hyperinflation. "The problem with all of this was that even as the narrative was failing, the storytellers never changed their tale. The dollar hit three-year highs, despite QE. Inflation was nowhere to be found," I wrote at the time.

More recently, the narrative has shifted. Switzerland was going to save gold based on a ballot proposal stipulating that the Swiss National Bank hold at least 20 percent of its 520-billion-franc ($538 billion) balance sheet in gold, repatriate overseas gold holdings and never sell bullion in the future. This was going to be the driver of the next leg up in gold. Except for the small fact that the "Save Our Swiss Gold" proposal was voted down, 77 percent to 23 percent, by the electorate.

Why anyone believed this fairy tale in the first place is beyond me. Surveys of voters suggested that the ballot proposal was likely to fail. And yet there's muddled thinking about gold among the bears too. Short sellers loaded up on bets that gold would plummet, a mistake in its own right since the outcome was all but foretold. When the collapse failed to materialize as the ballot initiative lost, the shorts had to cover their errant bets, sending spot prices higher (temporarily it seems).

Why do these narratives all tend to fail? For the most part, they reflect information that is already in prices. Markets are far from perfectly efficient (they are kinda- sorta-eventually-almost efficient). But they are more efficient than many seem to assume. What's that you say? Consumers in China and India are big buyers of gold? You mean, the way they always have been?

As John Kenneth Galbraith famously said, "Faced with the choice between changing one's mind and proving that there is no need to do so, almost everyone gets busy on the proof." Rather than accepting certain unpleasant realities, gold bugs have contorted themselves into a painful waiting game.

This entire presentation is suspect, in our view. First of all, gold is not the only "investment" subject to "narratives." The stock market has a narrative, which is that equity responds to supply and demand and that individual stocks can yield handsome returns if they are spotted soon enough.

The bond markets postulate that some countries are more solvent than others and the US is perhaps the most solvent of all.

Commodities markets are said to respond better when economies worldwide are running at some sort of mythical maximum capacity. Currencies are said to rise and fall in value depending on the good management of supporting central banks and governments.

Every one of these story lines is questionable. It's our contention and the contention of many others that almost all securitized investments these days are subject to central banking manipulations coordinated out of the BIS.

In fact, various stories – narratives – are floated to obscure this fact. It's well known, for instance, that central banks are directly buying stocks and futures. It's also suspected by many knowledgeable investors that the gold market is constantly and significantly manipulated. Just yesterday we posted an article by Paul Craig Roberts on this subject.

In a blatant and massive market intervention, the price of gold was smashed on Friday. Right after the Comex opened on Friday morning 7,008 paper gold contracts representing 20 tonnes of gold were dumped in the New York Comex futures market at 8:50 a.m. EST. At 12:35 a.m. EST 10,324 contracts representing 30 tonnes of gold were dropped on the Comex futures market:

No relevant news or events occurred that would have triggered this sudden sell-off in gold. Furthermore, none of the other markets experienced any unusual movement (stocks, bonds, currencies).

… Suppressing the price of gold helps to protect the U.S. dollar's value from the excessive debt and money creation of the past six years. The attacks on gold also enable the bullion banks to purchase large blocks of shares in the GLD gold trust that can be redeemed in gold with which to supply Asian purchasers. Whether or not the Federal Reserve and the U.S. Treasury are instigators of the price manipulation, government authorities tolerate it, as it supports the dollar's value in the face of an enormous creation of new dollars and new federal debt.

The Bloomberg article can be seen as a frontal sortie against those who believe in such market manipulation. The article treats these certain suspicions as "fairy tales."

To put it another way, the Bloomberg article is not really about narrative misunderstandings so much as a calculated attack on those who believe the world's economy is manifestly consolidated and controlled.

Yet are such beliefs foolish? There were five central banks 100 years ago and now there are 150, all "coordinated" by the BIS. These central banks have enormous powers. Ben Bernanke is said to have printed something like US$16 trillion in a short time period during the depth of the economic crisis and handed it out around the world.

Such unbridled money printing power makes suspicions of modern finance entirely logical even if they are not always accurate. Suspicions of gold manipulations are equally feasible, if not entirely provable, based on the same money power mechanisms that give central banks such awesome economic power.

Our stance is fairly clear: There seems to be one main economic reality in the world today. It has to do with continued centralization and internationalization of wealth and power. Those who respond to this evident and obvious trend are subject to ridicule by the mainstream media that will paint these individuals as naïve and misled.

That's what this Bloomberg article is doing. It's pointing out that the larger suspicions of "gold bugs" are based on an inability to accept certain "unpleasant realities." It is fairly telling that the article does not define these "realities" but it really doesn't have to.

Let's see the Bloomberg editorial for what it is, simply one more meme designed to deflect attention from the realities of modern geopolitical economics. The post is a dominant social theme of sorts … of the kind individuals might want to analyze within a VESTS context.

Are those elites wielding unfathomable money power going to continue to be able to obscure the results of their inevitable manipulations or will the current system gradually crumble in ways that are neither controllable nor predictable?

If the latter scenario is realized, then the "gold bugs" that this Bloomberg article patronizingly refers to may prove to be substantially more correct than those who disparage them.