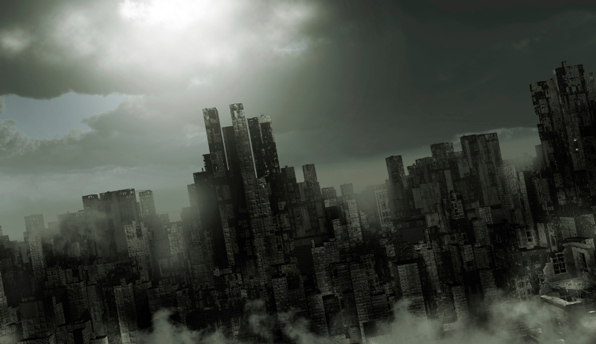 STAFF NEWS & ANALYSIS
Bloomberg Supports TPP as a ‘Trade Agreement,’ But It Is Actually a Shift in World Power
By Daily Bell Staff - September 19, 2016

Help American Workers. Pass TPP … Hillary Clinton and Donald Trump have both said they will oppose the Trans-Pacific Partnership, a trade pact between the U.S. and 11 nations negotiated by the Obama administration and signed in February. But their views shouldn’t matter much, because the issue should never get to the next president’s desk. Congressional consideration of the agreement has been delayed long enough. Congress should vote on the bill — and pass it — before the year is out.  – Bloomberg

Mike Bloomberg wrote an editorial boosting the Trans Pacific Partnership TPP. This is just one of three “trade agreements” that are putting in place a 21st century global sociopolitical and economic structure.

Bloomberg is a multi-billionaire and he understands the benefits that the upcoming structure will bestow on a relative handful of people including himself.

And so he supports these agreements.

Anti-trade sentiment has made it fashionable for candidates to oppose TPP. But while a vocal and energized faction of voters on the left and right advocate protectionist measures, most Americans — including majorities in both parties and among independents — believe more trade is good for the American economy.

So do nearly all economists and a large majority of the business and agriculture communities.  Global trade opens up new markets to American businesses, creating new opportunities to grow. In fact, the U.S. actually runs a cumulative trade surplus in manufactured goods with our 20 trade agreement partners, and we’ve long run global trade surpluses for services and agricultural products.

This sounds fine but it has little to do with what is actually going on.

In today’s other article (here) we track the downfall of the dollar and the eventual insolvency of the world’s economy.

This is not happenstance or coincidence. The world is being prepared for a great fall, probably the worst financial catastrophe in history because it will truly be a worldwide one.

And the trade agreements didn’t just happen to get written. They are a map to a future that could be more fully realized post-catastrophe.

The crash and the reorganization of the world’s financial and industrial structure are happening at the same time. Insanely, it’s being planned by a very small group of banking elites.

In fact, these trade agreements, as has been mentioned before, are restructuring the world’s judicial system and the way that nation-states relate to corporations. Post “trade treaty,” corporations are going to have the upper hand.

Of course, today’s corporations are illegitimate, as we have been pointing out here. They achieve their massive size because of proprietary intellectual property rights, corporate person-hood and monopoly fiat central banking.

Absent these artificial factors propping up corporations by force, multinationals would subside.  In fact in the US before the Civil War there were no multinationals and only a few hundred millionaires (here). Businesses were mostly modest-sized holdings, often individual.

The future unfortunately seems clear enough. First the world is likely to undergo a tremendous financial catastrophe. Then these trade agreements will provide the basis of a new world order.

That order is something we can call technocratic fascism. The world will be run by a few multinational corporations and their rarefied leadership.

Only the “best and brightest” will work for this corporate structure. This is what we will be told anyway!

But there is no “best and brightest.” And absent judicial force, there are no modern corporations.

Bloomberg in his editorial wants us to believe these trade treaties are actually about trade. But they are part of a reshaping of the world.

It is certainly comforting to imagine that what’s going on is simply a confluence of unrelated events. But it’s not. These treaties, the emergence of the IMF’s global SDR currency basket and other happenings are all related.

Step back and comprehend that the BRICs – a Goldman Sachs concept – have been raised up over the past decade or so while Europe and the US have been torn down.

This is important because the world’s economy must be evened out if it is to become “one.”

If the West was really intent on confronting China, would the US controlled IMF be actively soliciting the yuan?

What’s going on is planned. And the intention is to further centralized global governance.

Conclusion: Bloomberg’s TPP editorial treats the treaty as an economic event. But that is just a masquerade for a much larger and more malevolent reality.