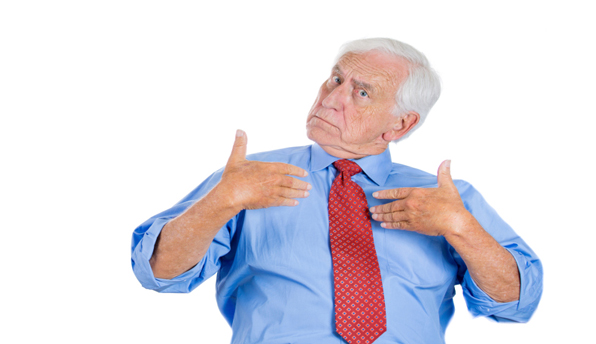 Economics Economists, Show Your Assumptions … What if I told you that jumping off a cliff is entirely safe, except for gravity? Would you find my prediction insightful or useful? Strange as it may seem, this is precisely the kind of logic that underpins many of the models that economists build to help them understand the world — and even to make policy recommendations on things such as financial regulation and inequality. – Bloomberg

Free-Market Analysis: So economic analysis is flawed by assumptions? Congratulations to Bloomberg for allowing this observation to be published.

It is, in our view, an extremely credible observation. Interestingly, the editorial was apparently ignited by a book called Capital in the 21st Century, written by Thomas Piketty.

Just yesterday, Richard Ebeling wrote about the book in his editorial at The Dail Bell, The Inequality Trap Distracts from the Real Issue of Freedom. And we commented previously on Piketty's work in Corporatism Finds Its Pied Piper?

We wrote that Piketty's epiphany – what he built his book around – was the discovery that wealthy people don't adequately distribute their funds to poorer folk … certainly not via what was called "trickle-down economics" in the 1980s.

But the reason that the book has attracted so much attention is because Piketty attempts to prove his thesis by using econometrics, which is basically a science of economic prediction that is justified by the complex numerical analysis it employs.

We didn't find Picketty's work credible for just this reason. Austrian, free-market economics shows us quite clearly that making predictions is an unserious business because people react to the same challenges that the predictor is analyzing – and thus inevitably change the outcome.

Picketty's work thus is based on certain ASSUMPTIONS. And that's just what this Bloomberg article points out rather well.

There's nothing wrong with making assumptions – even crazy ones – to help get your mind around something. The deception comes in claiming that your conclusions have real-world relevance when the assumptions are nuts.

This trick of deception has now been enlisted in the debate over economic inequality, inspired by the phenomenon of Thomas Piketty's book "Capital in the 21st Century."

Some economists have criticized Piketty's analysis of the drivers of inequality, saying that it might be just the consequence of simple things such as differences in personal patience (rich having more and the poor less) or random shocks to people's ability to earn over their lifetimes.

Sniff their models more closely, and you may begin to smell chameleon … Putting flimsy premises into mathematical form doesn't make them any more plausible as explanations of what drives inequality in the real world. If an economist won't clearly show you the crucial assumptions, never assume he or she is telling the truth.

This is excellent analysis and it is also infuriating: Bloomberg as a journalistic enterprise is built around just these kinds of assumptions. In other words, Bloomberg's media model is rife with "chameleons."

Of course, if the author of this editorial had focused his critique on Bloomberg, it would not have been published, probably. But nonetheless, the mainstream media including Bloomberg is presenting news and analysis based on obvious, foundational biases.

First and foremost is the almost religious adulation of central banking and bank policy. Monopoly fiat central banking is price fixing, nothing more and nothing less. Central bankers set the price and volume of money according to where they believe they ought to be.

Most often, they value "money" cheaply, thus sending huge waves of currency into the system that then in turn create horrible booms and disastrous busts.

But Bloomberg writers and editors rarely question this horrible system. Instead, we are deluged daily with quizzical articles that ponder why Western economies don't work anymore when it is obvious that the money system itself is perverse and increasingly ruinous.

Then there is the issue of corporate gigantism. Corporations, like monopoly central banking, are creatures of the state and of judicial decisions that grant them corporate personhood. Without this judicially mandated protection, the people running corporations would be much more cautious and corporations themselves surely would be a good deal smaller.

It is only government force – or the threat of force – that sustains the current corporatocracy – a system that is unfortunately increasingly merging with government itself to create what was popularly known as "fascism" in the 20th century.

This is the system, it seems to us, that Bloomberg and other mainstream media entities perpetuate; the reporting is inevitably about the RESULTS of the system. The causation is rigorously avoided.

So congrats to Bloomberg for publishing this editorial that is perceptive and tough-minded as far as it goes.

Conclusion: But it could have gone a lot further.

But it could have gone a lot further.