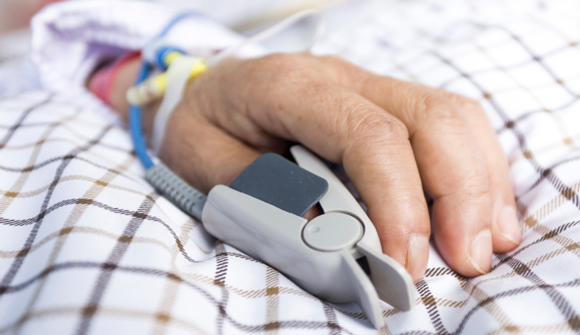 £430m flagship hospital slammed after patients are issued with 'Downtown Abbey-style' HANDBELLS to attract attention … Families of patients being cared for at a £430 million flagship hospital are outraged after their loved ones were given 'Downtown Abbey-style' handbells to attract attention. Those given the metal bells at Southmead Hospital in Bristol include a frail 84-year-old who couldn't pick one up. – Daily Mail

Dominant Social Theme: Let the government pay for it.

Free-Market Analysis: Every couple of months we read something surprising about the British National Health Care System. Call it the BBC of health care – and that's no compliment.

Canada's socialist system pays private doctors to perform medicine. In Britain, everyone seems to be a government employee. That means for the most part there's no competition when it comes to goods and services. And without competition, the quality of care inevitably declines.

Abysmal distortions affect every part of National Health Care System. From mothers giving birth in taxis because there is no room to take them in, to the elderly dying of thirst in abandoned, private rooms the record of the BHC is continually, aggressively wretched.

Here's an excerpt from an article posted several years ago at thecommentator.com:

UK NHS disaster: death rates 45 percent higher than in the US

NHS-loving Brits won't like this, but if you had to choose between the United States and the UK on healthcare, it's not even close. And that's from a serious critic of the US system.

I don't think anybody will be able to pretend that bureaucrats and politicians do a good job after watching this powerful news report from the United Kingdom.

There is a lot of powerful data in that report, but the number that jumps out at me is that death rates are 45 percent higher in the United Kingdom than they are in the United States.

That's not statistical noise. That's a huge gulf and it shows a massive failure on the part of government on the other side of the Atlantic.

This article was written before Obamacare became law and further socialized the US health care system. The idea is that US healthcare is a "private" system, but it is difficult to conclude that these days, given that payments are being made from the federal government.

The US government is wrapped throughout the current system so it is difficult to tell where the influence of the bureaucracy leaves off and the "private" marketplace begins.

It is much the same in England. Here's more from the initial article:

Patients given the metal bells at Southmead Hospital in Bristol include a frail dementia patient Molly Goddard, 84, who was too weak to pick it up. She had been rushed to hospital after a fall and later died.

The state-of-the-art unit at the £430m flagship Southmead Hospital in Bristol opened in May. But 23 clinical rooms – used when there is a lack of other beds – are still without a proper electronic patient alert system.

A spokesperson said they were a 'short term' solution, and would be replaced with the proper alert system in a month. But Mr Goddard, a signmaker, said the situation should have been remedied since his mother was admitted in December.

She fell at home while cooking her dinner and after an hour and a half in a 'freezing' corridor she was taken for an X-ray and given a cubicle in A&E … 'There were piles of medical boxes on the side and staff kept apologising and coming in to get things from the cupboards,' he said.

The 23 metal hand bells were purchased by the trust in late October as an 'interim measure.'

This sounds inefficient and even ridiculous. But the most sinister part of the system involves British patients who are left to die of thirst and hunger. And that's no joke. Here's an excerpt from an article posted at Express.co entitled, "Tragedy of 3,000 patients that die of thirst in hospitals every month."

The toll – five times higher than expected – is due to avoidable kidney problems sparked by poor care.

Many of the 3,000 deaths a month are simply from patients not being given enough to drink.

The shocking report says acute kidney injury (AKI) causes between 15,000 and 40,000 excess deaths every year and costs the health ­service £1billion to treat.

… People with conditions such as heart failure or diabetes and those admitted to hospital with infections are susceptible. AKI can also develop after major surgery.

The US is well down this sort of path. Once government controls the payment flow, abuses are easier to tolerate as they are justified as cost-cutting.

The elderly patients that die in Britain are said to be "accidental casualties," but you can find plenty of people familiar with the system who will tell you that such deaths are part of a pragmatic removal.

The main issue here is that government pays for care rather than the individual. Once the government pays, it is but a small step to justify cost-cutting up to and including programs that encourage mortality.

Soon the US Supreme Court will hear arguments that Obamacare subsidies, worth billions of dollars, are illegal.

The Republicans are moving quickly to generate additional legislation that will reduce the damage if the Court rules against Obamacare. GOP leaders are worried they will be blamed for upcoming Obamacare problems.

Sen. Orrin Hatch of Utah is introducing legislation to alleviate potential fallout. According to CNBC, "Experts have said that if the subsidies that help people pay their monthly health insurance premiums are taken away, many HealthCare.gov customers will drop their coverage because the retail prices of their plans would be too pricey."

There will doubtless be more Obamacare program problems. It was perhaps badly written on purpose – some have speculated – to encourage people to consider a "single payer system" that would be even more radical and governmentally intrusive.

Britain, the US and Canada as well as most other Western countries are now enmeshed in health care featuring intrusive government activities. For those who realize this, it is yet another reason to do one's best to seek out countries and systems that are less purposefully dysfunctional and … freer.