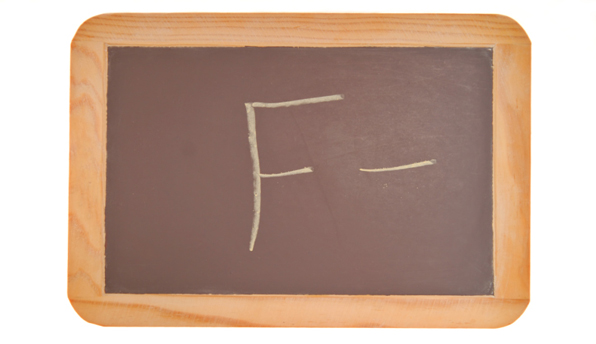 Bank of England cracks down on mortgages … Mark Carney outlines measures to keep lid on housing market at the Bank's Financial Stability Review … The Financial Policy Committee (FPC), which is in charge of financial stability, stressed that – while household indebtedness did not pose an "immediate threat" to the economy – it wanted to stem an increase in the number of Britons taking on high levels of debt. – UK Telegraph

Free-Market Analysis: What nonsense is this? A small group of good gray men announce they are fixing prices throughout Great Britain; the West's supine press has nothing to say?

Money – currency – in some sense is amorphous but there is nothing vague about buying or refinancing a house. This is out-and-out OBVIOUS price fixing, the kind of thing that Richard Nixon did in the US in his heyday.

It's a symptom of our times that even the UK Telegraph merely reported on the news rather than analyzing its import.

Under new rules recommended by the FPC:

• Lenders must ensure no more than 15pc of new mortgages are given to people borrowing more than 4.5 times their income.

• Banks will have to "stress test" borrowers' ability to repay loans if their mortgage rate were 3pc higher than the rate at the time the loan was approved – or the equivalent of £200 extra a month on an average mortgage of £115,000.

George Osborne, the Chancellor, also announced that the Government would not underwrite any new loans larger than 4.5 times income under the mortgage guarantee element of Help to Buy. One in 10 Britons currently borrow more than 4.5 times their income for a mortgage, although this is expected to rise to 15pc over the next year. For first-time buyers, the proportion is higher.

… "The measures announced by the Bank in the FSR today represent an insurance policy against overheating, rather than a fire extinguisher to put out the flames," said Alan Clarke, head of fixed income strategy at Scotiabank.

"We recognise the need to manage any signs of pressure in the housing market and welcome the changes the FPC has made today," said Lloyd Cochrane, head of mortgages at Royal Bank of Scotland, where 8.7pc of recent mortgage completions have been above a 4.5 times income.

"Though we don't expect to see any significant impact to our mortgage lending in the short-term, we continue to manage our business carefully." But Andrew Tyrie, chairman of the Treasury Select Committee, described the FPC's move to cap the number of high LTI loans as "significant".

While apparently modest in its initial impact, it "breaks new ground", he said. The Bank of England has launched a consultation on the new measures, though Mr Carney stressed that he expected lenders to issue mortgages under the new guidelines immediately.

The Bank of England announces significant moves to fix housing prices and the press reports it as business-as-usual. Prominent bankers endorse and "welcome" it. Meanwhile, in nearby London, professors at the Fabian London School of Economics teach that the difference between classical and neoclassical economics is marginal utility – the idea that only the market itself can determine the price of a good or service.

It is a fundamental rule of economics. It lies at the heart of organized industry. It defines trade and trade policy.

Everyone knows price fixes are distortive and don't deliver the expected results.

Certainly Mark Carney has taken basic economics, as has Lloyd Chochrane, head of mortgages at Royal Bank of Scotland. But it doesn't seem to make any difference. Cognitive dissonance ascends. What is taught in school has no relevance.

In university, price fixing is seen as distortive and ultimately unworkable. In the real world, Carney announces the moves and they are labeled significant and reported as such.

Granted, Carney has not provided a "hard" cap for the most part but a "range." But a fix is a fix. And the British economy – Western economies generally – are shot through with these sorts of distortive measures. Every law is unfortunately a price fix and every regulation as well. There is no part of Western economies and that are immune from this sort of ruinous meddling.

The results are hardly hypothetical. Unemployment in parts of Europe is over 25 percent and in the US, the fedgov safety net has captured some 50 million on food stamps and another 50 million with Medicaid, Medicare and other Great Society programs.

Europe, of course, is even worse. Just as predicted, the outflow of government revenues to support these programs is gradually bankrupting a slew of countries, including the US.

But still those who created this economic rolling disaster continue in places of power and influence. They make pronouncements about prices and confidently expect that their predictions will be met. They won't be.

Even at the most basic level, the Bank of England gets it wrong. Carney is attacking PRICES when they are but a symptom of the BOE's monetary INFLATION.

In other words, having injected literally trillions into the economy, Carney now announces that he will render prices immune to the volume of money swelling beneath them.

This is impossible. One need only visualize a swimming pool filling with water and lifting up an inflatable raft. Carney wants the raft to stabilize at a certain level despite the swelling volume of water beneath it.

One can of course keep the raft forcibly under water for a period of time, but when released the raft will rise violently to the surface and probably fly into the air. This sort of action predicts prices as well. One can suppress them for a while but eventually they will rise powerfully and exceed what they would normally have been.

Carney is only storing up tremendous price pressure. Prices are NOT controllable. They are inevitably generated by price discovery and accountable to market forces not monopoly fiat dictates.

Additionally, Carney is attempting to thwart human action itself. If people believe they can get a certain amount for a house and are told they cannot by the government, they are apt to find ways around the restraining regulations. There are plenty of ways to wash money that are beyond the immediate scrutiny of the bureaucracy.

Of course, activities to AVOID governmental price fixing schemes are distortive as well in the sense that people wouldn't undertake them if they didn't have to. Often they are expensive, involving various third parties, and may even eventually attract the attention of law enforcement, creating government expenses as well.

It is possible that people who realize that the purchase of a home is not going to keep up with the natural rate of monetary inflation will start to buy other expensive items instead, like boats and cars. These prices will therefore inflate more quickly then expected – potentially alarming the same forces trying to control "housing bubbles."

In truth, the asset bubble has already been created. Carney seems interested only in suppressing the evidence of what he has done.

We await sensible analyses of Carney's moves. And wait … and wait …