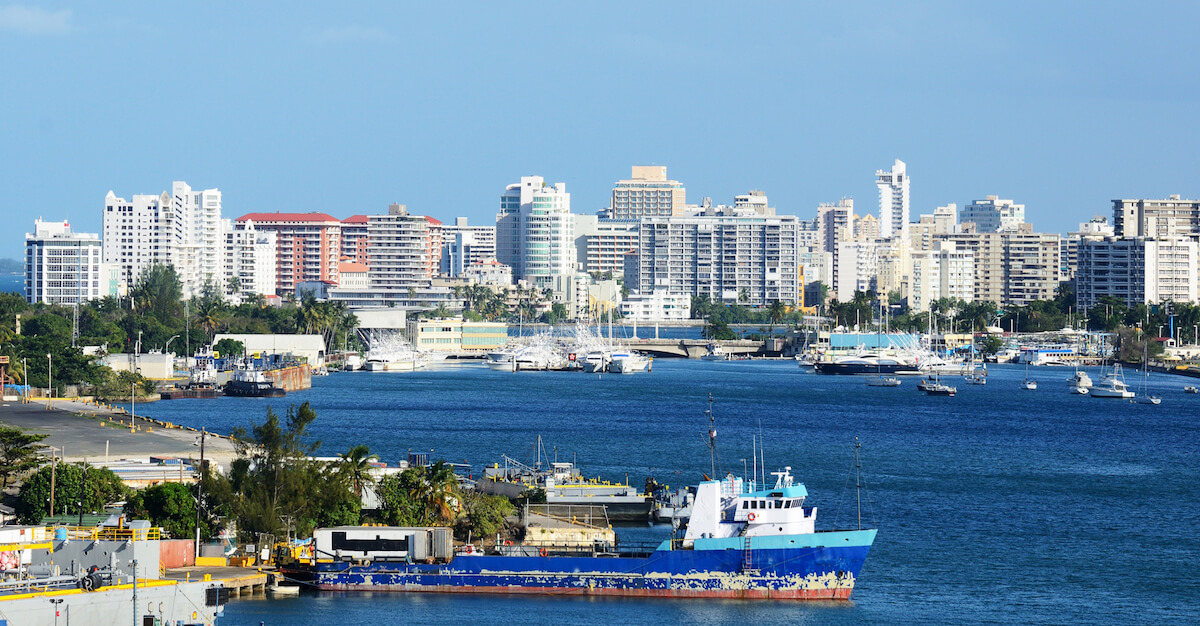 Local Puerto Ricans invariably tell me I’m overpaying on rent, and that I could have found a cheaper place to live.

I’m sure that’s true. But somehow I’m not upset about my gorgeous view over the ocean and private roof deck.

Beautiful beaches are right in front of me, along with three pools, a gym, and tennis courts.

At the nearby food trucks, Esteban makes a mean margarita. A native Puerto Rican, he recently went from bartending to owning his own kiosk. Same story for the father-son team who owns the ceviche truck.

They have a ton of new business now thanks to all the foreigners who are moving in to take advantage of Puerto Rico’s incredible tax incentives.

That’s why I’m here; I moved down to Puerto Rico last month to take advantage of Act 20, the Export Services Act (now reorganized under Chapter 2 of the Incentives Code).

Much of the work that I do qualifies as ‘exported services’. So I pay myself a salary that is considered reasonable by Puerto Rican standards (the median wage here is less than $20,000 per year).

And the rest of my profit is taxed at just 4%.

I owe no taxes to the US federal government. After all, as a resident of Puerto Rico I can’t vote in Presidential elections, and Puerto Rico’s member of Congress doesn’t have voting power. No taxation without representation.

This is all great for me, but it’s also benefits Puerto Rico.

This is an island that has lost more than 10% of its population over the past several years due to the seemingly interminable, decade-long recession.

As US citizens, Puerto Ricans can move to the mainland and freely live and work just like any other US citizen. And with the local economy having been in the dumps for so long, many of them have done exactly that.

Puerto Rico benefits. The foreigners who move here benefit. And, by the way, even local Puerto Ricans can receive the same 4% corporate tax treatment… so everyone can benefit. It’s a win/win.

But as we’ve talked about before, Bolsheviks don’t like win/win situations.

Four members of the United States Congress, including the Queen of the Bolsheviks, Rep. Alexandria Occasio-Cortez, sent a letter to the Secretary of the Treasury in December asking him to investigate the fact that “Puerto Rico has become a tax haven from the Federal government.”

They take aim at Act 20 (as well as Act 22, which allows investors to pay 0% on certain investment income.)

These Congress people have no idea what they’re talking about. In the letter, they couldn’t even properly name the tax incentives, mixing up which one was Act 20 and which was Act 22.

They also erroneously claim that the tax incentives “have not resulted in any benefit for Puerto Rico.”

That’s absurd. The government of Puerto Rico itself released a report a few months ago stating that the tax incentives have been incredibly beneficial to the island.

The government states that they have issued 1,680 Act 20 tax grants. And those grantees have generated $210 million in total tax revenue for the island.

That’s taxes across the board– sales tax, payroll tax from any employees hired, the 4% corporate tax, etc.

That works out to be an average of $125,000 in tax revenue for every single person who comes to the island to benefit from the incentives.

Those same 1,680 Act 20 grantees have also created over 16,000 jobs– nearly 10 jobs per person. And the average salary of those jobs is DOUBLE the median household income in Puerto Rico.

Moreover, between Acts 20 and 22, the grantees have invested billions of dollars on the island, injecting much-needed capital into Puerto Rico.

This strikes me as a win/win.

But again, the Bolsheviks don’t like win/win scenarios. They want “the rich” to lose, even if Puerto Rico loses too.

The arrogance of these politicians is astounding. The government here in Puerto Rico passed the incentives, analyzed them, and decided they were working.

But these Bolsheviks think that they should be governing Puerto Rico and making the decisions instead.

The good news is that Act 20 and Act 22 are essentially a contract with the Puerto Rican government that lasts until at least 2035.

So even if they shut down the programs to new applicants, people who already have their tax incentives established will be grandfathered under the old rules.

That should be a pretty strong motivator to get down here and at least check it out.

And if more Bolsheviks like AOC continue rolling into power, you can count on much higher taxes in the Land of the Free… which makes Puerto Rico even more compelling.

As a final note– we did have an earthquake a few days ago. As usual, though, the stories in the press were totally overblown. Go figure.