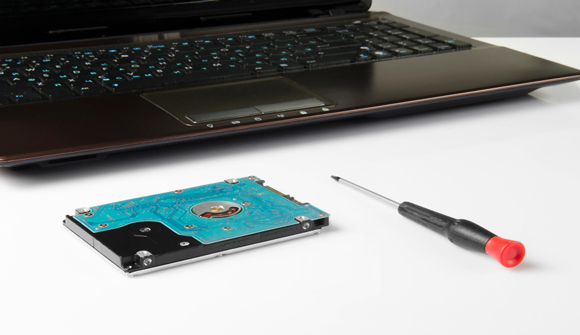 Remember the 4th Amendment? We hear it's making a comeback. Back in May, we had a story about another court explaining to the government that, contrary to popular belief within Homeland Security, the 4th Amendment does still apply at the border, and thus Border Patrol can't just take someone's laptop without a warrant.

The case involved a guy named Jae Shik Kim, who the government suspected was shipping items to China that were then being forwarded to Iran. Because of that, DHS grabbed his laptop as he was leaving the US (on a flight to Korea). The DOJ argued that the laptop was a "container" subject to search at the border. The court disabused the DOJ of this notion:

"After considering all of the facts and authorities set forth above, then, the Court finds, under the totality of the unique circumstances of this case, that the imaging and search of the entire contents of Kim's laptop, aided by specialized forensic software, for a period of unlimited duration and an examination of unlimited scope, for the purpose of gathering evidence in a pre-existing investigation, was supported by so little suspicion of ongoing or imminent criminal activity, and was so invasive of Kim's privacy and so disconnected from not only the considerations underlying the breadth of the government's authority to search at the border, but also the border itself, that it was unreasonable."

Given an opportunity to respond, the DOJ has dropped the entire case. – TechDirt, Aug. 24, 2015

There are logical arguments for nation-states to defend their borders against illicit persons and goods. Those arguments are not nearly as compelling as some people think, but they exist. They apply mainly for people and goods entering a country – not those leaving it. The United States in particular likes to claim it has no Iron Curtain and that people are free to leave.

The U.S. Department of Homeland Security seems to be missing this distinction. As Jae Shik Kim was about to board a flight to Korea, they seized his laptop computer on the grounds it contained illegal information destined for Iran.

Now, even if we concede that mere information can be illegal, what DHS wanted to do was breathtaking in scope. As the court described it, DHS wanted to image and search the entire laptop "aided by specialized forensic software, for a period of unlimited duration and an examination of unlimited scope."

What DHS wanted to do here is obvious to anyone who frequently crosses into the United States. It is one of the few places where law enforcement can search you and your effects without "probable cause." Leaving the United States is a much simpler process – unless DHS thinks your laptop contains interesting data.

Thankfully, a federal court struck down this search as not passing the laugh test. The opinion called it both "invasive" and "disconnected" from the government's border control authority. An "unreasonable" ruling in this one case doesn't solve the real problem, which is that DHS feels no need to obey the law.

Many people, not knowing any better, will docilely submit to an illegal search because they believe they have nothing to hide. In so doing, they undermine everyone else's liberty. Rights we do not defend are rights that will disappear at the earliest opportunity. DHS no doubt hopes it will be very soon.