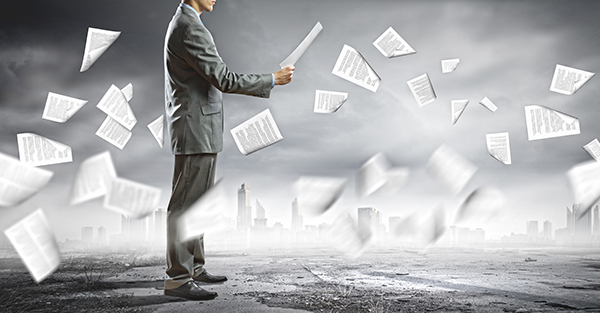 Panama Papers reveal London as center of ‘spider’s web’ … As-well as shining a spotlight on the secret financial arrangements of the rich and powerful, the so-called Panama Papers have laid bare London’s role as a vital organ of the world’s tax-haven network.  – JapanTimes

The Panama Papers leak has “revealed” London at the center of a “spider’s web,” according to this article, above. It is further evidence that the release of private information was a botched job.

Further down in this article, we’ll discuss the unraveling political system in the US, which is now clearly revealing that parties choose candidates not primaries. Taken together, these developments show once again the impact that the Internet is having on hitherto private structures and their propaganda.

The Panama Papers revelations have convulsed Britain in a variety of ways. The personal affairs of Prime Minister David Cameron have been exposed in the leaks, and he may yet have to resign.

And in the US, as powerful political forces fight back against popular electoral choices Bernie Sanders and Donald Trump, anger over the entire primary process is growing and may eventually result in significant political change.

It is certainly important to note such developments – and take them into account when making personal and professional decisions on a variety of fronts. As Western mythologies evaporate, civil society itself becomes more tenuous and prone to disintegration.

We warn about this regularly. As verities self-destruct, a vacuum forms. One needs to be aware of this sociopolitical evolution and to realize that it is going to demand increasing “human action.”

This article in the Japan Times reinforces our argument. It is a clinical removal of the studied media pretense surrounding the City.

The Japan Times is a mainstream media outlet. As such, we are surprised to find an article critical of the City. We don’t often read items in the mainstream media that focus on London’s City, certainly not from the standpoint of white-collar criminality.

It provides further evidence – as has been broadly speculated – that the furtive release of the Panama Papers was a botched mission, possibly led by the CIA.

Why botched? Because of the obviousness of the results. Those who had their information released were often those who were in opposition to the West’s current financial structure. People like Vladimir Putin and the Prime Minister of Iceland who had led an effort to put bankers in jail for various financial transgressions.

Meanwhile, individuals like David Cameron, Prime Minister of Britain were caught up in the leaking. This was surely not its intended purpose and further reinforces the idea that the affair was neither smoothly conducted nor efficiently planned.

It certainly was ambitious in scope, a massive leak that encompassed some 11.5 million emails. The intention is ambitious as well, to embarrass enemies of the Anglosphere and further support international regulation shutting down “offshore” entities.

But the blow-back from this operation is exposing the City itself to an examination that was surely not the intended outcome.

It would seem to show that those behind such ventures still have not figured out how to control the free-flow of information on the Internet that accompanies such obvious manipulations.

In the US, the political process picking the next president is imploding and, as it does, it presents a more naked version of reality.

As Donald Trump and Bernie Sanders have both pressed successful campaigns to be nominated as presidential candidates by their respective parties, the push-back has clearly revealed that primary results have little or no impact on the ultimate outcome.

That the political-industrial structure has allowed the veil to be ripped away from mechanism of power politics, thus exposing it, is a shocking development.

One can argue about intentions surrounding this development but one cannot argue with the result: A mythology of democracy has been decimated.

Throughout the US people now grasp the reality of the political process.

Articles in the alternative media like, “The Year the Americans Found out Our Elections Are Rigged,” press this point home. And the insights presented have been widely debated on mainstream cable programs as well. Here, from AntiMedia:

The 2016 election has been a wild ride, with two insurgent grassroots campaigns literally giving the political establishment a run for its money.

But as the events of this presidential primary season play out, it’s becoming clear the U.S. election — and even more so, the presidential race — is a big scam being perpetrated on the American people. Events from the last week have exposed the system as an illusion of choice and a farce. They have reinforced at least one study showing the U.S. is an oligarchy rather than a democratic republic.

As people wake up to the reality of their social structures and their own manipulation, the ramifications will have increasing impacts.

Revelations of the City as entrenched at the heart of a “spiderweb” of white-collar tax evasion and exposure of the US political system as one manipulated by forces at the very top of society … these insights cannot be undone. They are fracturing the mythologies of democracy and self-determination.

In fact, the West is run by powerful financial interests residing in London, DC and Tel Aviv. The decisions themselves are enforced by intelligence agencies that operate outside the law. The real structure of Western democracy is far different than it has been

Conclusion: As we often point out, the Internet is a process not an episode. Please bear in mind the continued revelations of social control and the reality of the underlying elite power structure. Revelations now apparent were unheard of in the 20th century. The resultant blow-back will be both powerful and unpredictable. Prepare yourself.