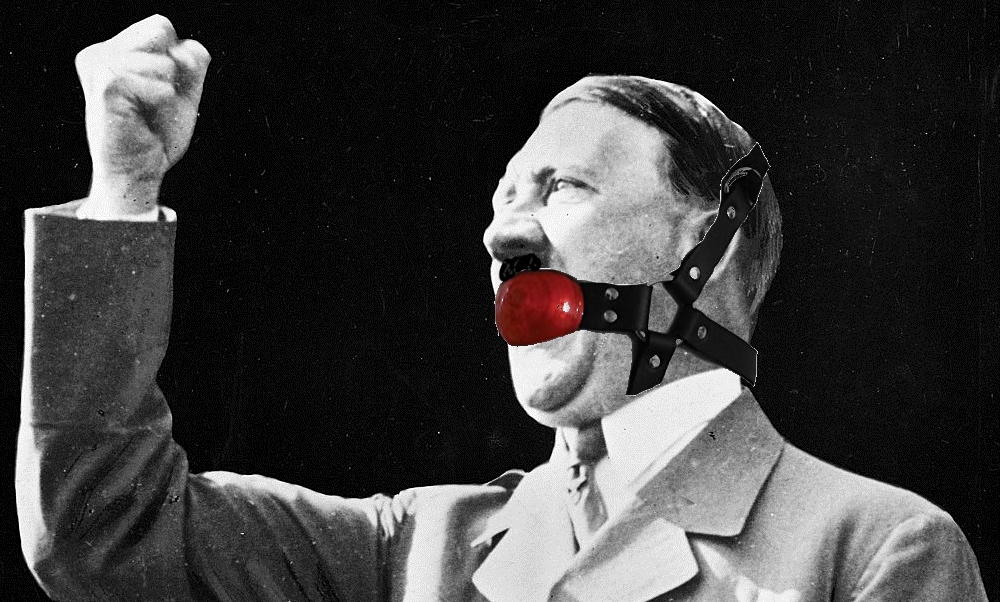 Hitler is a one-size-fits-all kinda guy. He’s always on time, never complains and works for free. The perfect Government stooge.

Have doubts about free-for-all immigration?
Annoyed by militant feminism?
Believe in traditional values?
Not seduced by Socialism?
Got no love for Sharia law?

Why, you must be a Nazi.

Hitler is the most prized horse in the entire stable. He has got more guff than Saddam. More grit than Bin Laden. And that fat little North Korean could never compete.

He’ll outlast them all by a long shot because this fascist is always in fashion.

Make no mistake, he’s Hollywood’s whore. They get to pimp him out because they’re the ones who resurrected him right after he blew his own brains out.

Then for the next 75+ years, they injected his specter into damn near everything.

But why is he the favorite whipping boy?

Why not Stalin or Mao? Didn’t they murder even more? Why don’t they get anywhere near the treatment Hitler gets in Film and Media?

It may be that Hitler’s greatest affront to the Elite was that he was a National Socialist. And anything to do with Nationalism is a no-go in their eyes. Had he been an International Socialist like Stalin or Mao, he might not have pissed off the big boys as much.

(Of course, there’s that whole thing with the Jews as well, no doubt. But hey, that bone is picked dry.)

So Hitler gets to be the shit paintbrush. Anything they don’t like they smear with him. The nation-state, family, and tradition are constant targets. Because these are the biggest barriers to a malleable people.

But why are the reactions to the Hitler smears so mindless and predictable? Why do people duck and cover like cowards as soon as he’s summoned?

Kubrick laid it all out in his masterpiece A Clockwork Orange.

In the film, the character Alex DeLarge has been very naughty. He ends up in jail after a night out drinking drug-laced milk with the boys (as you do). 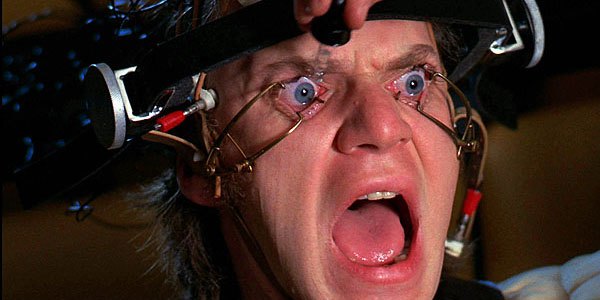 To cure him of his criminal habits the State brainwashes him in a movie theatre. They drug him and subject him to repeated showings of violence and, funny enough, Hitler. Afterwards, he can no longer defend himself when abused and to avoid abuse he licks boots. 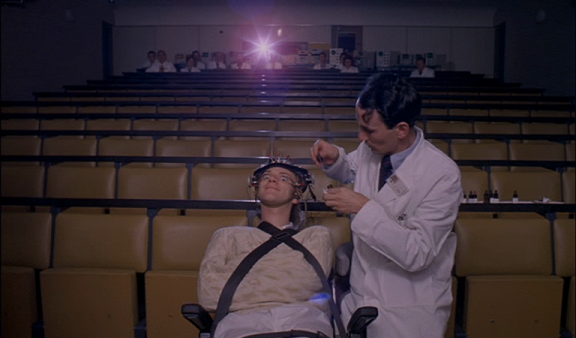 Welcome to 2017 – There are bootlickers everywhere. That’s because Hitler is everywhere waiting for you to slip up. From ‘Putin is Hitler’ to Saturday Night Live and your kid’s cartoons, he’s there.

75+ years of Hitler being hammered home in the movie theaters has shaped the modern mind. We allow would-be dictators to use a dead dictator to dictate the narrative. 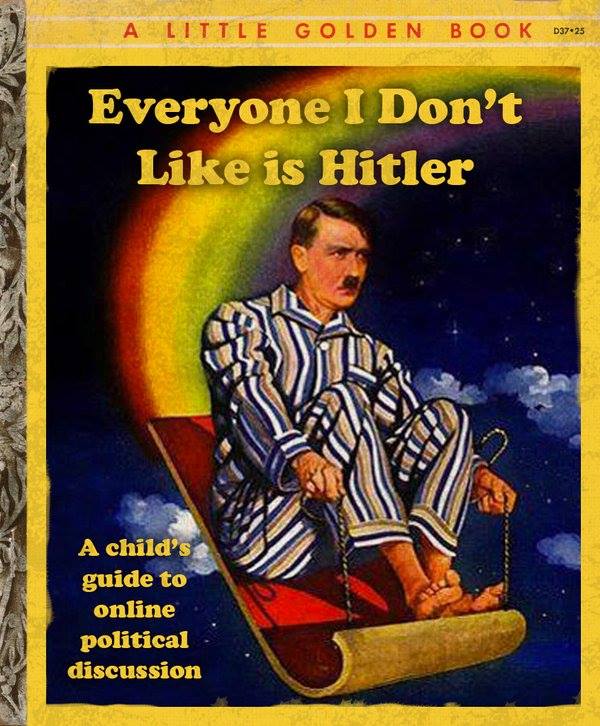 It’s no wonder groups like Antifa see him in every nook and cranny. They are the ultimate pawns in the age of psycho-cultural control. Spawned in the school and television bubble Hitler is all they were ever allowed to know. 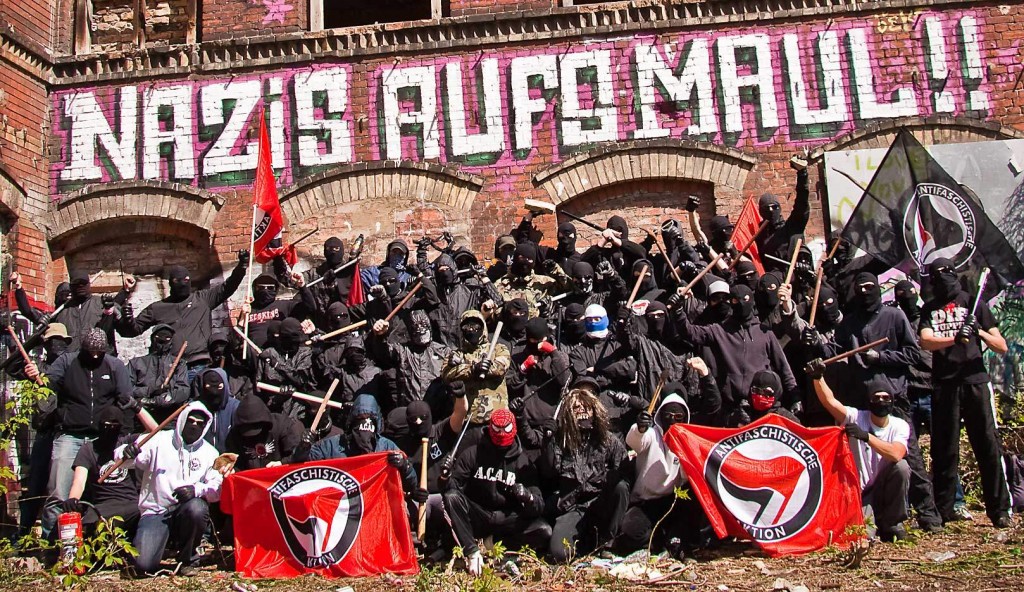 (Even Satan isn’t as evil as Hitler. Look at the After School Satan Clubs popping up around the county.)

The handful of Nazis that actually exist suckle the same teats as Antifa. They think they’re rebels because they’re told loving Hitler is the ultimate taboo. Nurturing idiots is what Hitler does, Left and Right.

There is a very simple mechanism that makes Hitler so popular. You’ll find it everywhere.

Muslim minarets bang the Allah drum 5 times a day, every day, for life. Is it any wonder all Jihadis can ever manage to say is Allah Akbar? You must have noticed.

How about the radio playing songs on repeat until you want to vomit. They’re hammering home a message. The pop star is only the packaging, your brain is the receptacle. 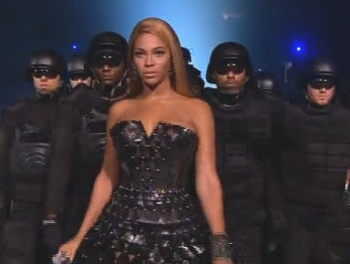 I guess men and women aren’t allowed to run the world together. No wonder Beyonce is an Establishment favorite. She’s busy brainwashing young women to turn against men, pure divide and conquer.

This is what technocratic control looks like. They stopped with the physical lashings and now apply the mental ones. And repeated mental lashings turn you onto the path of their choice.

Hijacked bootlick culture on repeat breeds reflexive, emotional distress. The victims are Pavlov’s Dogs and the scale is epic.