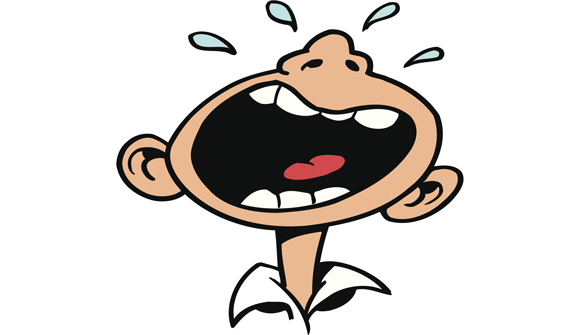 Even Britain may be falling prey to Europe's deflationary vortex … On the face of it, Britain is much better placed to weather deflationary threats than the eurozone … Rejoice! UK inflation has fallen to its lowest level in nearly 15 years, and is heading lower still – down close to zero, according to some forecasts. That's a good thing according to the Chancellor, George Osborne, and in many respects, it is hard to disagree. Primarily, this is about falling prices for fuel, food and other non-discretionary items of expenditure, so the effect is like a big tax cut. – UK Telegraph

Free-Market Analysis: The deflation meme remains in full cry in Western media. Europe is in a deflationary morass and only Mario Draghi and a Brussels QE can save Europe from appreciating currency.

For Britain, this article tells us, the deflationary trend is a positive one. Lower prices boost disposable income at a time when Britain is beginning to experience a bit of wage push. The combination of higher wages and lower prices is an optimistic one, at least for now.

When unavoidable costs fall in price, it boosts disposable income, and by reducing input costs will, for many firms, also increase profitability – in the short term at least. The upshot, moreover, is that for the first time since the banking crisis, Britain is beginning to see some significant real term wage growth. At around 1.5pc for the private sector, it could indeed be back close to historic trends this year.

Great news all round, then? Well, possibly it would be but for the fact that low inflation in the UK is part of a global disinflationary story, and if the entire world is descending into deflation, then it is very definitely not cause for celebration. The big worry is that demand is also falling off the cliff edge along with prices, finally swamped out by the overcapacity of Asia and other new entrants to global trade.

Too much production and not enough consuming power can be a deeply destructive combination. In this sense, the trials of Britain's dairy farmers, now having to contend with milk prices that are lower than for some bottled waters, are just a proxy for a much wider problem of over-production and under-consumption. Result: lots of dairy farmers are going to have to go out of business in order to restore equilibrium.

These are the dangers of price deflation, we're told: Prices go down and consumption doesn't rise to pick up the slack. The article attributes Britain's relative "health" to the efforts of policymakers who have staved off the dreaded "D" word.

As a result, we're told, Britain has "for some five or six years now been enjoying relatively high levels of growth in nominal GDP." This has been good for jobs and debtors, though not, of course, for savers and pensioners.

The article claims this wise monetary leadership has "allowed UK to weather the violent deleveraging of the banking crisis rather better than might have been expected." The article contrasts Britain's situation with that of the eurozone, which has had minimal economic growth for a half-decade or more and has lost jobs and gained crippling debt as a result.

The clearest financial markets manifestation of this divergence is in sovereign bond yields. Yields on 10-year bonds for both the UK and the US are approximately double what they are for France and getting on for five times higher than Germany. The yield on five-year Japanese bonds is zero, and for German bunds of a similar maturity, not that far off. Negative yields are fast approaching.

The article cautions that although Britain is doing well, it could be "sucked into the same dynamic" as Europe. The trends, we're told, are negative even for Britain.

For one thing, central banks have kept interest rates near zero and seem determined to leave them there. This staunch mustering builds expectations that are hard to dislodge among the general public. Bond prices tend to reflect expectations.

The article also suggests that a Chinese "savings glut" is adding to deflationary pressure and IT companies don't need that much capital to operate. "Less competition for what is, in any case, a surplus of savings means lower rates of return." Again, this is deflationary.

All that's certain is that a seismic shift in economic weather patterns is under way. It's too pessimistic to think the system entirely broken, that we have entered a world where only central bank money printing is capable of generating growth, and then only at the cost of destabilising asset price bubbles … Huge challenges lie ahead, and it is not at all clear how they should be met.

We have an idea, actually, of how they should be met. It's theoretical, of course, but in a way it's highly practical if the willpower is there. The "big idea" is to get rid of monopoly central banking and let rates rationalize themselves without the directives of top banking officials.

What would likely happen, of course, is that a good portion of the modern "consumer" society would collapse. The world doesn't need a thousand new car models every year and 500 flavors of ice cream. Today it is a central banking world, but tomorrow it doesn't have to be.

The "deflation" everyone fears is a cleansing of the system of the excesses that were never purged all the way back to 2008. The constant pump priming is intended to bolster both production and consumption, but to what end?

The reality is that modern Western economies are artificial entities that lacking monopoly central banking simply wouldn't exist in their current form. Constant monetary debasement is necessary to keep the products flowing and the consumption growing.

It doesn't matter WHAT the consumption is so long as factories churn it out and people can be coerced into buying. The wheel must spin ever faster to keep everything aloft.

Alas, eventually it will come crashing down – as it must. And maybe sooner than later. This system seems to be on its proverbial last legs.

Protect yourself, your portfolio, your family and your livelihood as best you can. Please understand the status quo will soon be the status quo ante.