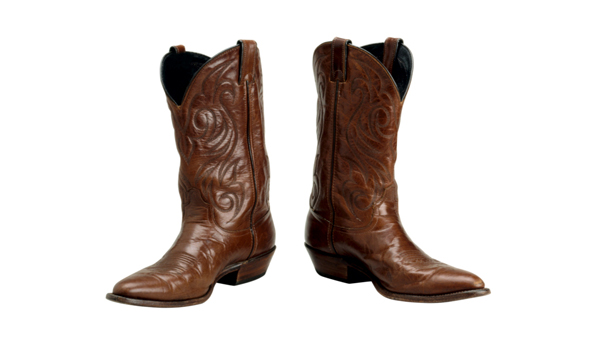 Nevada Rancher: 'The Citizens Of America' Got My Cattle Back … After a tense standoff with the Bureau of Land Management, the Nevada Rancher at the center of the disagreement proclaimed that "the citizens of America" got his cattle back. Rancher Cliven Bundy reached a deal with the BLM Saturday allowing the cattle that had been removed from the BLM land to be released back onto the federal lands. But Bundy is still on the hook for the fees he owes for having the animals on the land in the first place. "There is no deal here. The citizens of America and Clark County went and took their cattle. There was no negotiations. They took these cattle. They are in possession of these cattle and I expect them to come home soon," Bundy told KLAS-TV. – CBS

Free-Market Analysis: Some in the alternative media have been celebrating the defeat of the Bureau of Land Management, which unsuccessfully attacked rancher Cliven Bundy for not paying grazing fees. This analysis attempts to ascertain the importance of the Bundy "victory."

After national coverage and the convergence of numerous US citizens on the Bundy ranch to show their support, BLM backed down. They removed the armed enforcers, their trucks and even, reportedly, gave back the cattle that were confiscated.

Alex Jones celebrated at Infowars, and Drudge posted numerous headlines on the affair. The controversy expanded when it was reported that BLM was moving on Bundy in part to open up land for an expanding Chinese solar farm.

The standoff Saturday brought hundreds of protesters who attempted to storm the BLM's cattle gate, but weren't successful. Some protesters were even armed with weapons. I-15 was closed in both directions at one point because protesters were blocking the freeway.

The fight between Bundy and the Bureau of Land Management widened into a debate about states' rights and federal land-use policy. The dispute that ultimately triggered the roundup dates to 1993, when the bureau cited concern for the federally protected tortoise in the region. The bureau revoked Bundy's grazing rights after he stopped paying grazing fees and disregarded federal court orders to remove his animals.

… The 400 cows gathered during the roundup were short of the BLM's goal of 900 cows that it says have been trespassing on U.S. land without required grazing permits for over 20 years. Bundy, 67, doesn't recognize federal authority on land he insists belongs to Nevada.

His Mormon family has operated a ranch since the 1870s near the small town of Bunkerville and the Utah and Arizona lines. "Good morning America, good morning world, isn't it a beautiful day in Bunkerville?" Bundy told a cheering crowd after his cattle were released, according to the Las Vegas Review-Journal.

The crowd protesting Saturday recited the pledge of allegiance, and many offered prayers. Others waved placards reading, "This land is your land," and "We teach our children not to bully. How do we teach our government not to be big bullies?" according to the newspaper.

It's the latest skirmish since the 1980s when the Sagebrush Rebellion challenged federal ownership of Nevada rangeland ranchers said was rightfully theirs. A federal judge in Las Vegas first ordered Bundy to remove his trespassing cattle in 1998.

Despite the current state of affairs, BLM's decision to disengage may not be as final and decisive as it first appears. Its press release said as much. There are numerous other ranchers who interact regularly with the BLM, and if the Bundy capitulation is seen as precedent-setting then the US federal government might lose control of lands that fedgov has been acquiring for decades.

The US federal government's power is vastly enhanced by land management and the federal government is said to control up to one-third of US lands in the "lower 48." There are at least three reasons why land control is so important.

Every part of the US governmental apparatus is at risk if the Bundys can claim a continued victory. Any single setback of this magnitude threatens to unravel the entire laboriously constructed system of federal legislative, judicial and executive command.

The entire globalist edifice depends on ever-expanding government control of the private sector. If the power elite running Western governments behind the scenes cannot count on expanding and untrammeled government authority then the whole internationalist agenda is put at risk.

So while it was inspiring to see people on horseback facing down BLM enforcers, the chances that significant change will be engendered via these kinds of confrontations is certainly questionable.

One can even argue that top elites are actively hoping for the kind of chaos and civil destruction that such dramatic clashes will inevitably give rise to. One could even ask if the Bundy confrontation itself was manufactured.

We are sure that real change will come as people take individual human action to opt out of the system – psychologically as well as professionally. This, in fact, IS happening as a natural occurrence of the current information revolution. Elite memes are crumbling; dominant social themes such as global warming are increasingly rejected. Even the war on terror has not proven convincing.

Societies usually do not crumble via internal, physical revolution that only provides a justification for a bigger and more invasive police state. Societies DO collapse when people lose their belief that the sociopolitical and economic structure is beneficial to them.

What has been set into motion by the Internet Reformation has decades to go yet. Government authorities have every reason to fight the physical confrontations manifested by the Internet – and no doubt they will. But it is the larger and likely unstoppable shift in citizen sentiment regarding basic building blocks of society that shall create real change.

This change will not happen so dramatically as recent events, and will evolve out of the dissemination of knowledge about the Way the World Really works. One need only consider the sociopolitical and economic conversation today in the West – especially in the US – versus a decade ago. The differences are startling. They will continue even if more visible evidences of resistance are defused.

The Internet is a process not an episode.