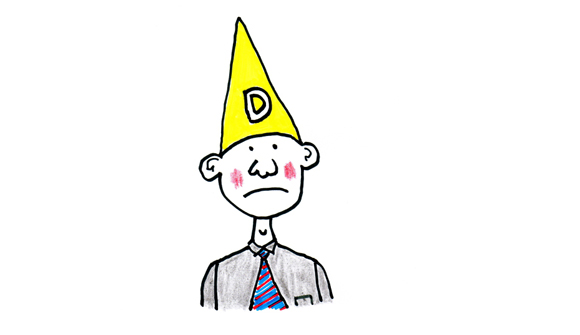 Well This Is Just Embarrassing For The Fed Haters Business … One of the most infuriating things about the Fed haters — i.e. the people who predicted massive inflation and dollar debasement as a result of quantitative easing — is that they've never really admitted they got it all wrong. Maybe a few have, but for the most part, the people predicting doom and gloom and Weimar Germany-like outcomes continue to say the same thing, without regard for actual evidence … There's more evidence of that Thursday, courtesy of a great Bloomberg piece by Caleb Melby, Laura Marcinek, and Danielle Burger in which they called up various signatories to a 2010 letter that warned former Fed chair Ben Bernanke about impending inflation. The upshot: For the most part, they don't accept they were wrong. – Business Insider

Dominant Social Theme: The Fed is okay after all.

Free-Market Analysis: We made it up. There is no record that we know awarded for the "most single foolish financial sentence" of the year. But if there were, Business Insider would be in the running.

We'll get to the sentence in a minute. First, let's examine the larger argument that generated the foolishness …

Here for example is Jim Grant, editor of Grant's Interest Rate Observer and an intense critic of Fed easing: Jim Grant, publisher of Grant's Interest Rate Observer, in a phone interview: "People say, you guys are all wrong because you predicted inflation and it hasn't happened. I think there's plenty of inflation — not at the checkout counter, necessarily, but on Wall Street.

"The S&P 500 might be covering its fixed charges better, it might be earning more Ebitda, but that's at the expense of other things, including the people who saved all their lives and are now earning nothing on their savings … That to me is the principal distortion, is the distortion of the credit markets. The central bankers have in deeds, if not exactly in words — although I think there have been some words as well — have prodded people into riskier assets than they would have had to purchase in the absence of these great gusts of credit creation from the central banks. It's the question of suitability."

Grant is not 100% wrong in his concerns about the recovery. It has been disappointing. But a rising stock market is not how people measure inflation, and the labor market has recovered significantly, bringing real relief to millions of people. It is true that it hasn't been a great time to be a saver who has been 100% in cash, but if you've been in stocks (or even bonds!) you've done quite well.

Has the recovery been disappointing? Yes. Are there things the government and the Fed could have done differently to make the recovery better? Certainly. Have the Fed haters gotten things right? Not even close.

This is simply incorrect. The article is making the case that because prices haven't risen hard, people who don't believe in monopoly central banking have been "wrong."

What is it about central bank price fixing that people don't understand? It really reminds us of the "Stockholm Syndrome," where people adopt the mindset of those who have captured them and abuse them.

This article is a case in point: It can surely be rebutted on the very grounds that it tries to argue against – that monetary inflation signals asset inflation in numerous facilities.

Grant arrives at his explanation via an understanding that price inflation is generated by monetary inflation – by printing too much money. The over-abundance of money has to flow somewhere – into stocks, real estate or commodities generally.

This is "price inflation," nonetheless. The article wants to restrict the definition of "inflation" – really price inflation – to whatever is stocked on supermarket shelves. But if the price of housing goes up, or yachts, or, say … stocks, that's not supposed to be an indicator of inflation, at least according to the article.

And why not? Because … (ready for this?), "A rising stock market is not how people measure inflation, and the labor market has recovered significantly, bringing real relief to millions of people."

Hoo, boy. That's the sentence we were talking about. It's a candidate for the most foolish sentence of the year.

So much silliness packed into about 25 words.

It's a kind of Haiku of financial illiteracy, a stroke of reverse genius …

Because people don't "measure inflation" a certain way means Grant is wrong? We now calculate truth by popular acclaim? If the crowd believes it, it must be so?

No … Jim Grant has defined price inflation logically. It is not simply that monetary inflation pushes up the value of cereal and milk on grocery store shelves; monetary inflation can have an effect on all sorts of prices. When prices in various sectors go up, we can call that phenomenon "asset inflation."

That's what is happening in the stock market, for instance, and it's one reason we've identified a "Wall Street Party" and suggested that there may be various investment options that people might want to consider if they are adequately hedged and diversified.

The risk, of course, is that asset bubbles can collapse quickly – nothing in life, unfortunately, constitutes a "sure thing." In any event, through the mechanism of money printing, US marts especially have been subject to full bore price inflation.

The extra money is distributed by central banks to commercial banks and thence to multinationals and others that direct the cash spigot toward markets, especially stock markets. This is why Keynesian money printing is mostly useless when it comes to generating "jobs."

The money is not being generated by industry but by monopoly money printing – and since it is not being created via industrial mechanisms it is treated as investible income rather than as funds that ought to be reinvested into the industrial process.

Now let's examine the second part of this record-breaking sentence: " … the labor market has recovered significantly, bringing real relief to millions of people."

Really? Here's a recent post at the World Socialist Website. (Obviously, we don't agree with socialist solutions because they short-circuit the only way of creating viable economies – via accurate price information – but often WSW analysis is interesting and on point.)

US labor force participation rate hits lowest level since 1978 … The share of US working-age adults who are in the labor force fell to the lowest level in 36 years, according to the monthly jobs report published Friday by the Labor Department.

While the economy added an estimated 248,000 jobs and the official unemployment rate fell from 6.1 to 5.9 percent, these headline figures hide a more fundamental reality.

Six years after the financial collapse of 2008, the labor market remains stagnant and an increasing portion of the population has simply given up hope of ever finding work. The jobs report revealed that nearly 100,000 people dropped out of the labor force last month, while wages continued to decline.

According to the organization, the number of missing workers has hit 6.32 million. If they were counted in the unemployment rate, it would be 9.6 percent, instead of the 5.9 percent that is officially reported.

"While the unemployment rate for the short-term unemployed—people out of work for six months or less—has returned to pre-recession levels, the levels of unemployment for workers who remain jobless for more than six months is among the most persistent, negative effects of the Great Recession," noted a recent Rutgers University survey.

How can Business Insider claim that the labor market has recovered "significantly" when according to fedgov statistics nearly 100 million people may want to find work but can't? About 100,000 people dropped out of the labor market in the US recently – this is bringing "relief" to millions?

It's a really ridiculous sentence, a kind of record breaker.

Central bank monopoly money printing DOES create price inflation – and the price inflation it has created is severe. It's just not present on supermarket shelves. When marts inevitably head down, people will be stripped of wealth just as surely as if hyperinflation was affecting consumer goods.

We've mentioned this in the past. Monetary inflation is not predictable and can affect numerous different kinds of asset classes. When markets collapse and people lose billions and trillions, this is somehow not to be considered a result of monetary inflation – not at places like Business Insider (and Bloomberg) anyway.

Grant is right. Business Insider is wrong. On the other hand, it may get credit for publishing a record breaker.