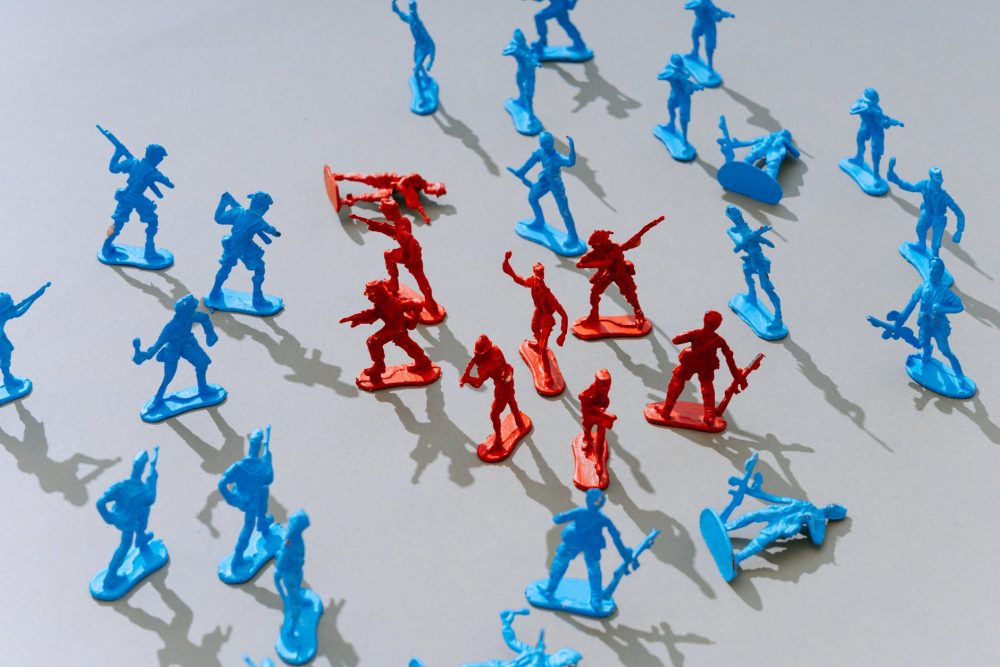 Wildfires burn across the California landscape, crime is skyrocketing in every major city, and a historic backup of shipping vessels bottlenecks off the coast.

But don’t worry, California’s government has its priorities straight.

In response to his state’s multiple crises, Governor Newsom has signed a law forcing all California toy stores to provide a ‘gender neutral’ section, “in which a reasonable selection of the items and toys for children that it sells shall be displayed, regardless of whether they have been traditionally marketed for either girls or for boys.”

The rule applies to all retail stores in California with more than 500 employees across the entire state.

No longer will you be confronted with the soul-crushing anguish of seeing toy aisles segregated between boys and girls toys.

This is what is important. These are the priorities.

For years, the Chicago Art Museum has relied on a team of volunteers to give guided tours.

But these aren’t just any volunteers. They go through a rigorous, extremely extensive training program to become expert guides on the museum’s art.

And they receive absolutely no pay for all of this training and expertise. They do it solely for their love of art.

Obviously since these tour guides are unpaid, most of them are either already retired, or they’re married to a high income earner… so they’re able to follow their passion and work for free.

Naturally this should have been viewed as a huge benefit for the museum.

Yet now they have all been fired.

Volunteers were informed in a letter from Veronica Stein, the museum’s “Woman’s Board Executive Director of Learning and Public Engagement”.

Stein said her goal is “to rebuild the volunteer educator program in a way that allows community members of all income levels to participate, responds to issues of class and income equity, and does not require financial flexibility to participate.”

Instead, the museum will hire new guides to ensure “equitable teaching approaches, and greater inclusion of visitors’ cultures.”

“Do you agree that you put some posts on Facebook,” an officer asks, standing in a man’s doorway, flipping through paper printouts of the alleged posts.

Two police officers in Australia showed up at the man’s home to interrogate him about whether he attended a protest six months earlier.

The police inform the man that they received an anonymous tip that he had broken the law by attending the protest.

They want him to admit that he is guilty of breaching COVID protocols.

Instead he laughs in their faces, asking, “Where are we going in life? We’ve got the cops coming around here to tell me that I’ve been to a protest, six months ago! Who gives a f***!”

The officer responds, “Because it’s illegal.”

When Australian authorities aren’t interrogating citizens over Facebook posts, they are locking them in cages for importing ginger tea.

Two Australian women, a mother and daughter, spent five months in jail after a preliminary drug test on a shipment of ginger tea from China came up positive for an obscure banned stimulant called phenmetrazine.

It took five months for authorities to reliably test the shipment in a lab.

It was just ginger tea, with no drugs present.

Charges were dropped, and the women were released.

But prosecutors refuse to pay the women’s legal bills— not to mention they can’t reclaim five months of their lives.

Last month, two reporters at a local news station in Little Rock, Arkansas decided to include a pun in their broadcast.

Because temperatures were dropping, they did a “return to the 70s” weather segment.

To drive the pun across, the anchors wore 1970s style wigs of the “afro” hairstyle.

The style is typically associated with African hair, but it was popular in the 1970s with people of all races— think Bob Ross, or just look in your family photo album.

Nevertheless, at least one viewer was outraged enough to send an angry letter to the news station, essentially accusing the anchors of a sin comparable to wearing black-face.

In response, the news station suspended the anchors.

Seattle Could Lose 40% of Police Force to Vaccine Mandates

Meanwhile, since the start of the “defund police” movement in 2020, the city has lost 300 officers— many quitting because of the toxic political environment.

Now, because of the city’s vaccine mandate for police officers, they could lose up to 403 more.

With just over 1,000 officers left on the force, that means about 40% have not been vaccinated. And the deadline is October 18.