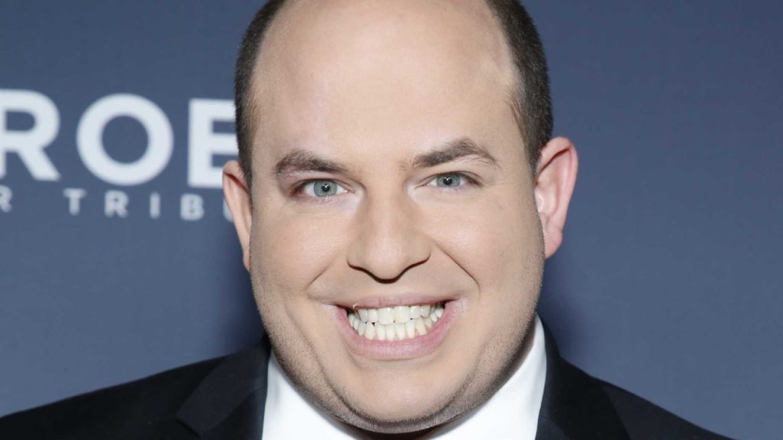 In America in 2020, journalists are television actors. They don’t practice journalism. They are counterfeit specimens of mediocrity hiding behind the crumbling façade of a once-respected profession. They peddle CIA and Wall Street talking points in exchange for remaining in the good graces of power, and they do it all for access and advertiser bucks. In short, they do fake news. A spade is a spade; calling it by its name is not any sort of transgression.

Contrary to their claims, attacks on CNN are not attacks on the Fifth Estate because CNN is not a news agency. Rather, CNN is home of propagandists for multinational corporations, loyal lapdogs to power, and duty-filled bootlickers. By virtue of their craven subservience to their masters, they do not deserve respect.

Nonetheless, news actors pretending to occupy the moral high ground persist to tut-tut Americans who don’t goosestep obediently to their narrative. Their on-air theatrics — like the most recent meltdown by human-gopher hybrid Brian Stelter – are, God willing, the death throes of the elite’s lapdog class that feels its grip on the American psyche slipping.

The lapdog class’ feigned indignance at accurate criticism of their lack of integrity or substance shows for their world how quickly they whither under scrutiny. Their crocodile tears at the alleged “threat” of attacks by the peasant class on the press are informed by their unparalleled sense of entitlement to viewers’ worship. 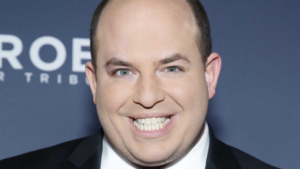 Brian Stelter:  Cable News Actor, CNN’s Pride, and Proud Owner of the Most Psychopathic Disposition on Television. Does this look like a guy you should trust for news, or even let near schoolchildren?

“News” is defined by objective and impartial analysis of current events. Propaganda, by its nature, cannot be objective. Therefore, propaganda is not news. What CNN does, in fact, is propaganda for the deep state poorly disguised as hard-truth-telling. In turn, CNN is not a news agency.

Propaganda > Not Objective > Not News

You don’t need a liberal arts degree to follow that logic train. 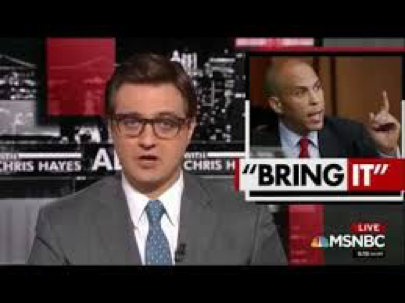 When non-lobotomized normal Americans say that the media is the enemy of the people, they mean specifically the corporate media, not the institution of journalism itself.  What CNN, MSNBC, NBC, et al. do is not journalism, as in, the academic discipline of objective reporting.

In short, the legacy media is all hat and no cattle. Their demise would be a boon to the real discipline of journalism. It might open up the airways to give honest-to-God journalists who are committed to delivering dispassionate truth room to breathe.

What did Rachel Maddow have to say about the criminal prosecution of widely revered muckraker Julian Assange, the Wikileaks founder who exposed real corruption within all levels and branches of American government before the feds finally wrapped him up last year?

Has she ever commented positively regarding his genuinely courageous work exposing previously unreported, unacknowledged war crimes in Iraq to unmasking DNC stooge Donna Brazile for leaking debate questions to her slay-queen icon Hillary Clinton during the 2016 primary? 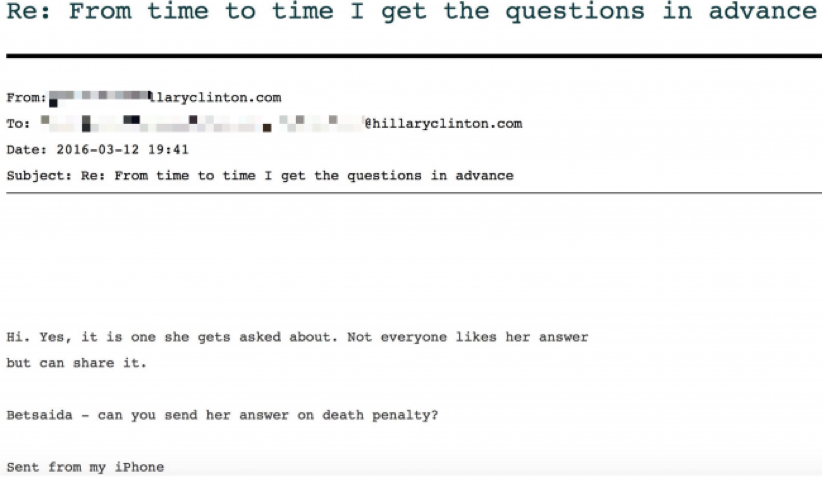 The recovered emails of Jon Podesta show Donna Brazile scheming to deliver CNN debate questions to her boss, Hillary Clinton, beforehand. Far from reporting on this unforgivable transgression against the integrity of the democratic process, CNN was complicit. Independent Julian Assange exposed that truth, not any corporate media with their billions in resources. The mainstream media does not do investigative journalism, nor any other kind.

If a political operative like Donna Brazile — who was at the time on the payroll of CNN and was ostensibly playing the role of “journalist” — were caught leaking debate questions to the candidate that she preferred prior to an event hosted by her own network does not constitute “fake news,” then the term has no meaning.

The hack news actors and pop-culture Goldman Sachs flunkies of the modern era simultaneously spit on the legacy of muckraking journalists of antiquity — the ones who historically did real work holding power to account by exposing stories of abuses to the light of day. All the while, the corporate goons of the modern era free-ride on genuine truth-diggers’ legacies to garner legitimacy.

Again, you don’t need to be a public policy graduate student to understand the dynamics at play: Each year, CNN rakes almost $800 million in advertising revenue from corporations that have offshored both their manufacturing and their revenue to avoid paying taxes while draining the country of its jobs to employ wage slaves in Asia and Latin America.

It’s a match made in fake news heaven. It’s symbiosis in power, in the same vein of the age-old tradition wherein various European royalties in-bred to the point of genetic mutations to coalesce power around themselves. Just as King Edward VII married his cousin to “keep it in the family,” CNN gorges on meaty ad revenue from formerly American, now-multinational companies. In turn, the lapdog press morphs into the functional propaganda arm of the oligarchy.

By design, power is no longer earnestly challenged in the broken corridors of the former Fifth Estate.

The takeaway: corporate media does not care about the average corn farmer in Nebraska. It serves power at the expense of normal Americans. It reports objective falsehoods and suppresses truth. It focuses on tedious day-to-day drama instead of fulfilling its real obligation of holding power to account.

Pointing out that fake news is fake is not dangerous except to the degenerate gargoyles in Manhattan who run their operations. Truth-telling is, by definition, not slanderous.